A Stiff Breeze off Havre

It was in Philadelphia around 1845 that Edward apprenticed under James Hamilton and landscape painter Paul Weber;[4] Hamilton guided Moran specifically in the style of marine paintings. In the 1850s Moran began to make a name for himself in the Philadelphia artistic scene; working in the same studio as his younger brother, famous American painter Thomas Moran, Edward received commissions and even completed some lithographic work. In 1862, he traveled to London and became a pupil in the Royal Academy.[3] After moving back to Philadelphia, Moran married Annette Parmentier (his second wife), whom he also apprenticed as a landscape artist in her own right.[2] He then established a studio in New York in 1872, and for some time after 1877 lived in Paris.[4]

One of his more well-known exhibits, titled Land and Sea, showed 75 of his landscape and marine paintings in March 1871;[2] these paintings were later illustrated in a catalogue by the same name.[5] Proceeds from the exhibit, the catalogue, and the sale of another painting (The Relief Ship Entering Havre) were donated by Moran to aid the sufferers of the Franco-Prussian war.[2] 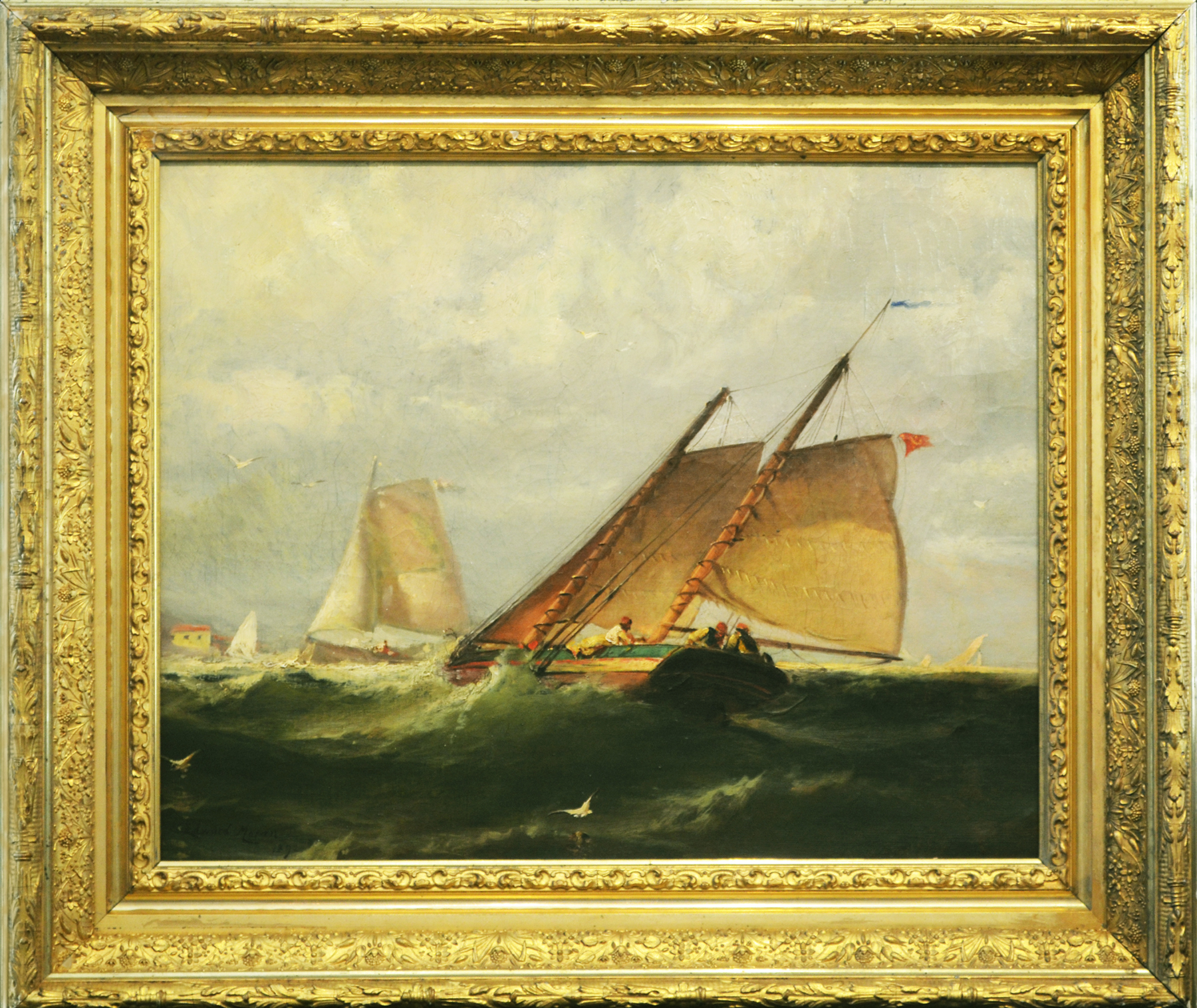