This is a color woodblock print measuring 8 x 11 1/4 in a 18 x 20 inch frame. Pencil signed in the lower right and dated 1924. Hans Frank was the twin brother of printmaker Leo Frank. They were both students of Anton von Kenner at the School of Applied Arts in Vienna and Franz Rumpler at the Vienna Academy. Hans Frank was a painter and printmaker, working in both aquatint and color woodcuts and he exhibited at the Vienna Secession in 1912 and 1913. During World War I he served as an artillery regiment officer but after the war he travelled extensively through southern France, Italy, and Austria. Frank was awarded numerous prizes, including the Golden State Medal in 1908, the Silver Medal of the City Graz, the Royal Sakson Medal for Art and Science, the Staatlicher Ehrenpreis, the Prize of the City Vienna in 1931, the Goldene Ehrenmedaille des Wiener Künstlerhauses in 1934, the Waldmüllerpreis für Malerei, and the Kriehuber-Preis der Stadt Wien in 1944. He was a member of the Künstlerhaus in Vienna, the London Society of Graver Printers, and the California Society of Printmakers. (Source: Annex Gallery) 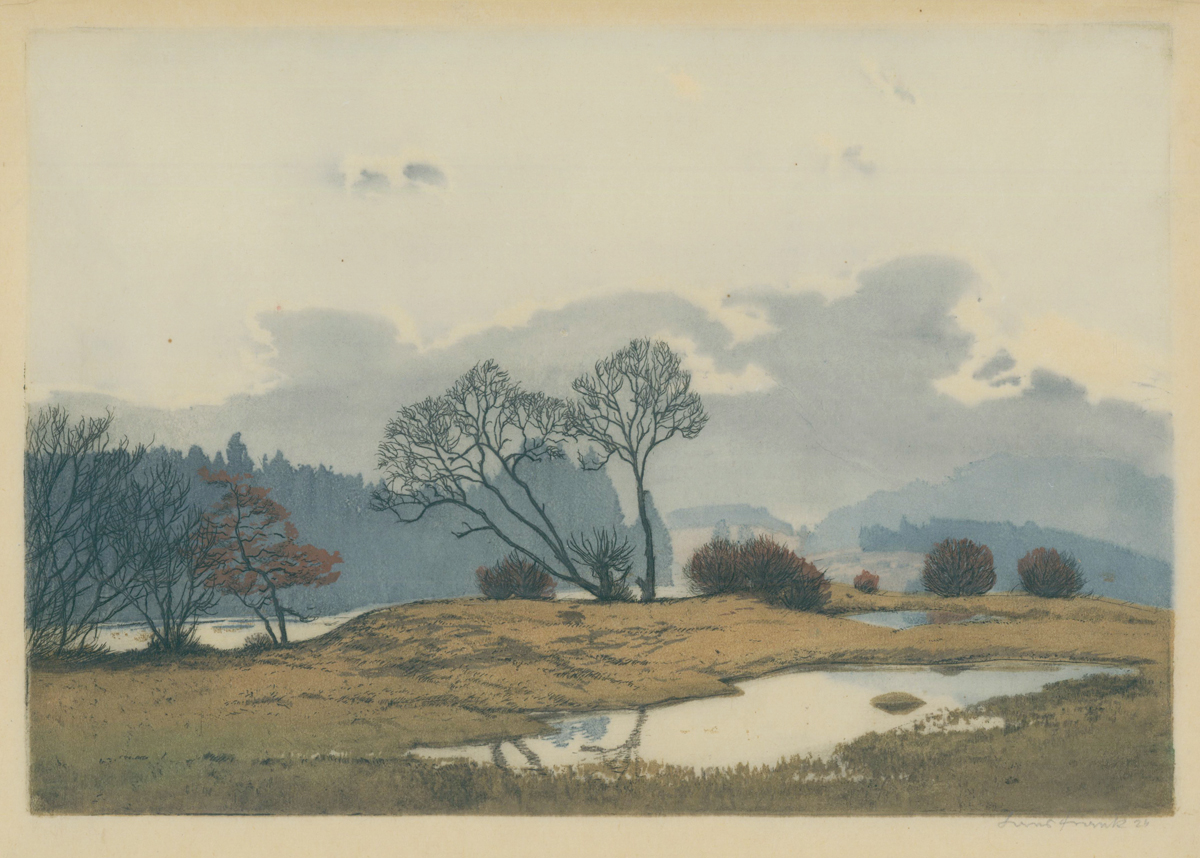