This c. 1935 wood engraving by Nora Unwin measures 3 x 3 1/2 inches and is pencil signed and titled in an edition of 30. Unwin grew up in England and studied art with Leon Underwood, then at the Kingston School of Art and the Royal College of Art before moving to the United States in the 1940s, settling in Wellesley, MA and Peterborough, NH. She was a renowned artist, printmaker and children's book illustrator, and contributed greatly to the revival of wood engraving in 20th century America. She is represented in major museums and won numerous awards throughout her long career, including a Newbury Medal and the Hamilton-Merrill prize of the American Society of Etchers and Engravers in 1951. 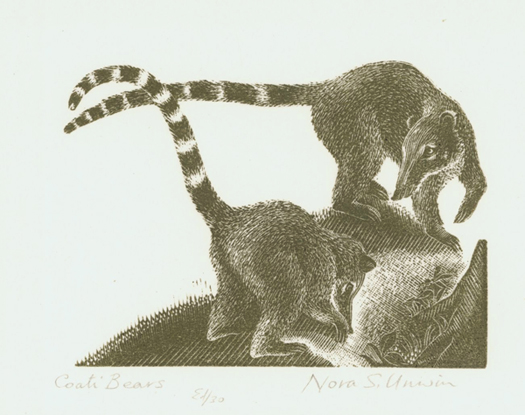 This is an original hand signed woodengraving by American artist Nora S Unwin. The title of this work is "Warm Afternoon", it was created and printed in 1951 and was used as the Presentation print of the American Woodcut Society. This wood engraving is hand titled in pencil and inscribed as "Artists Proof" The image measures 5X7 3/4 inches. Nice condition, two bits of old tape at the upper edges of the sheet well away from the image area. A very fine and detailed image of a mother and Child on a summer afternoon. "Born into the prominent Unwin book publishing family of England, Unwin studied at the Royal College of Art and helped to revive wood engraving in America, to where she moved in 1946. She is represented in major museums, and gave more than forty one-woman shows and won over fifteen major awards." Unwin lived and worked in Peterborough New Hampshire. 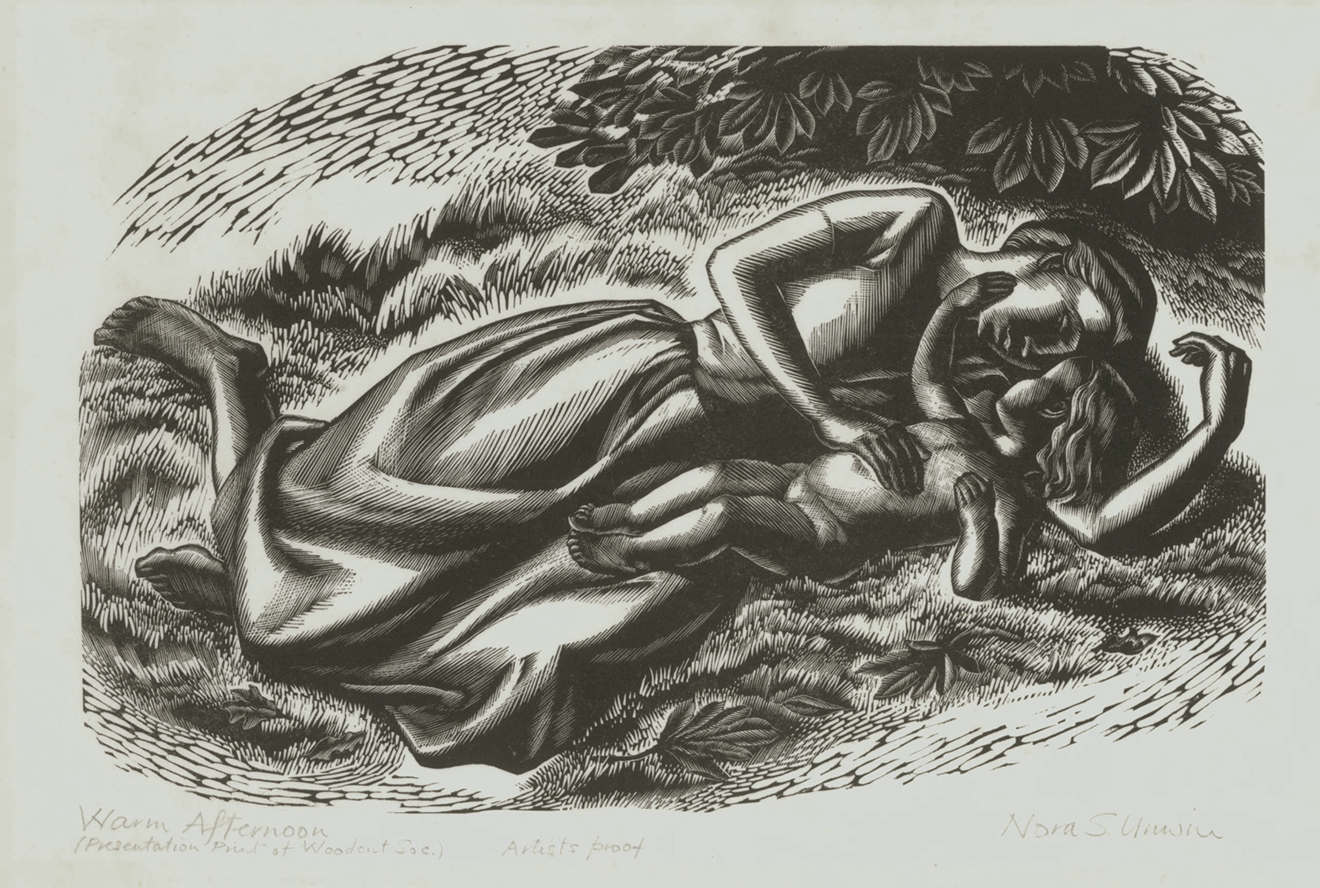 This is an early wood engraving by American artist and illustrator Nora Unwin.  The title of this work is: Suburbia, created circa 1930, this wood engraving is hand signed and titled in pencil in the lower border.  The image measures 5 7/8X4 7/8 inches, numbered as 2/50.  This image appears in the McGoldrick catalog as image number 16.  Printed on a thin Japan type paper.  A very scarce image.This image was most likely done when she had a studio near Putney, outside of London. 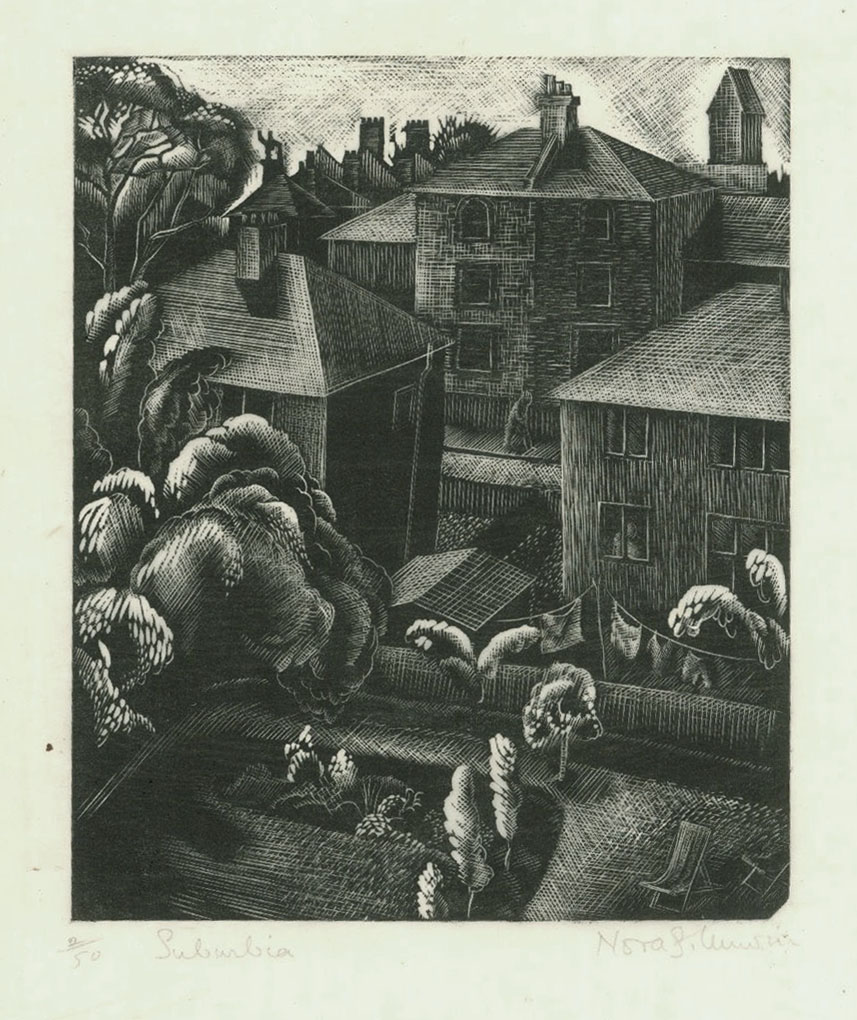 This is an original  chiaroscuro woodblock print by American artist Nora Unwin.  The title is Dutch Village, pencil signed and titled in the lower border.  The image measures 8X12 inches, printed with two blocks, brown and black inking.  This is numbered as 4/30.  It doesnt appear in the McGoldrick  catalog.  Dated circa 1950.  Printed on a thin Japan type paper. 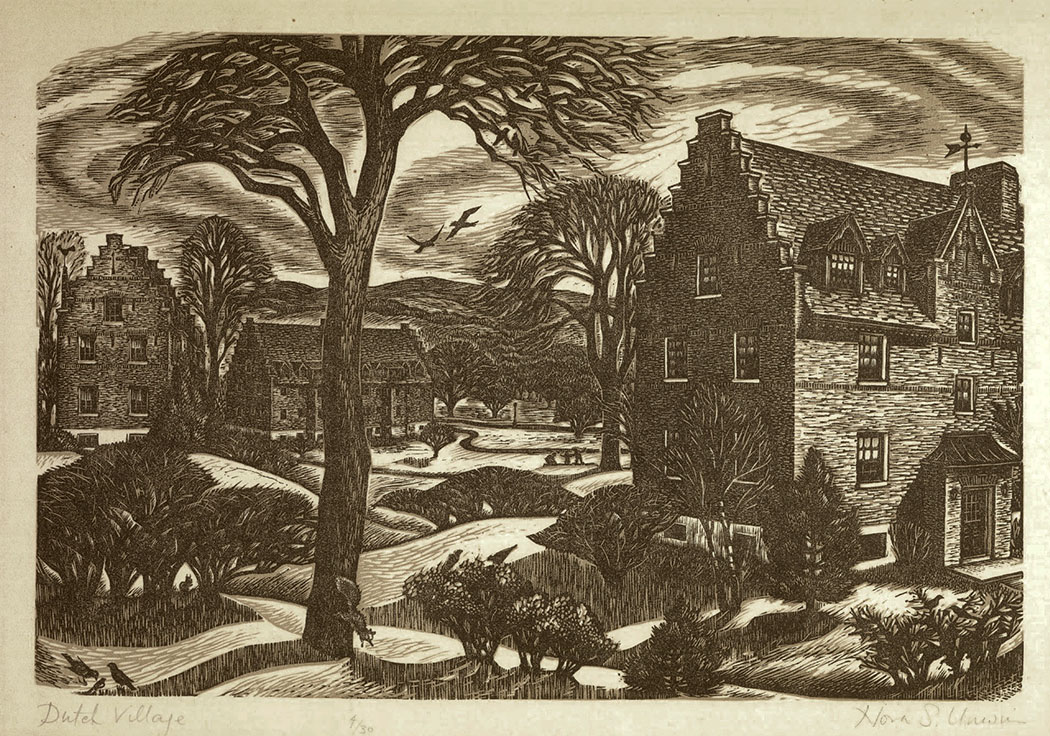 A Memory of Greece

This is a fine watercolor painting by American artist Nora S Unwin.  The title, inscribed on the backing board is: A Memory of Greece.  This painting is hand signed and dated 1966 by the artist.  The image measures 13 1/2X17 1/2 inches.  Unwin was the well known artist and illustrator who lived and worked in Peterborough New Hampshire.  This watercolor on artist board is in very fine condition. 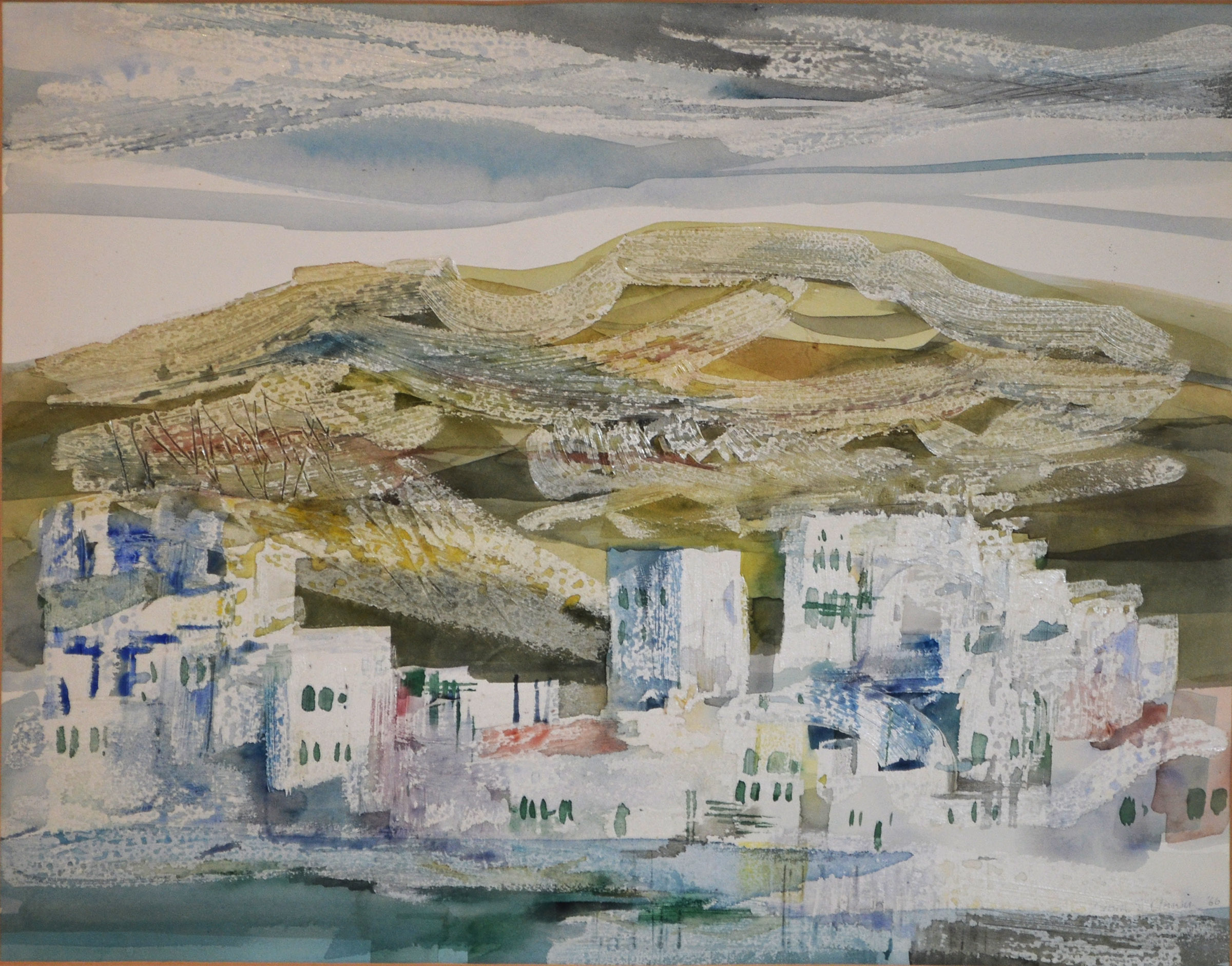