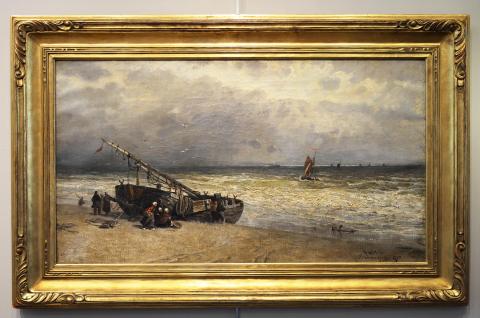 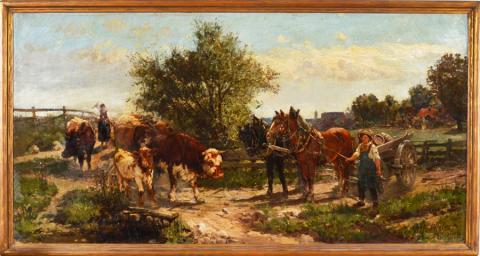 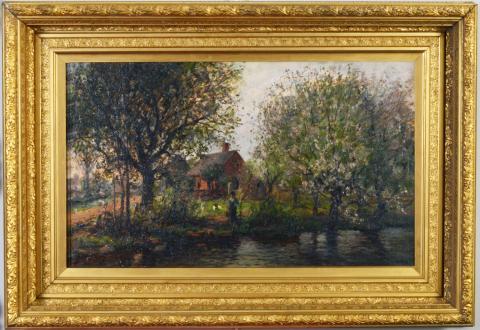 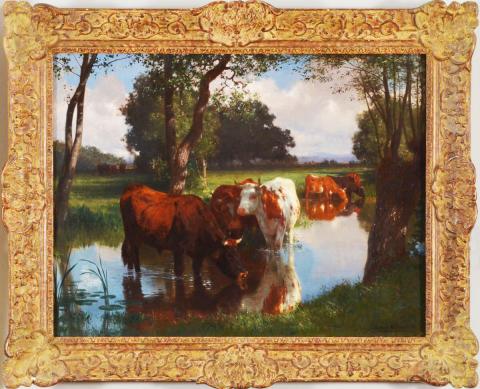 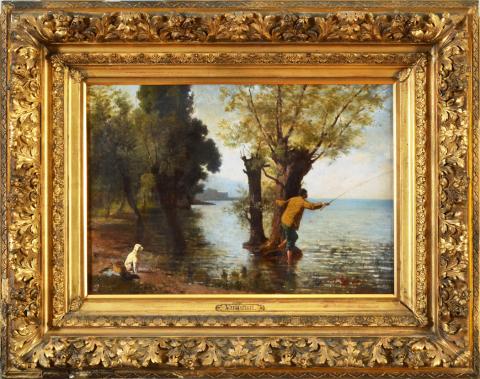 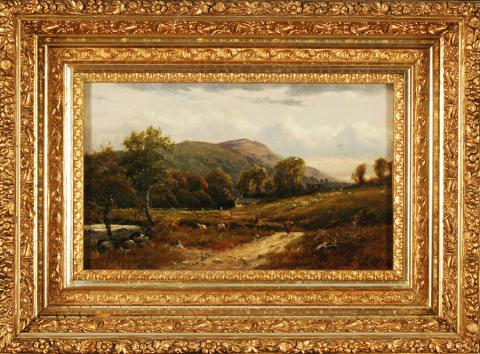 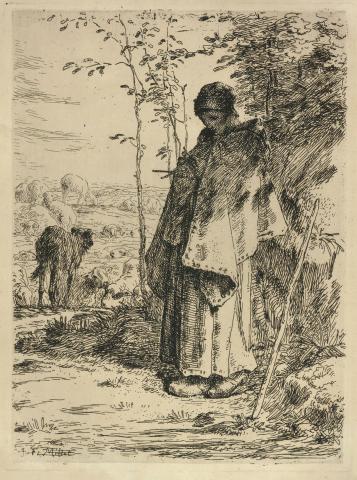 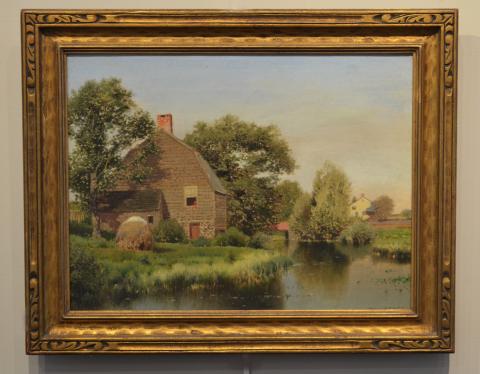 This painting of a lakeside cottage is by American artist Henry Pember Smith (1854-1907)  This oil on canvas measures 12X16 inches.  Signed lower right corner.  Framed in a period carved and gilt molding.  Very fine condition, one tiny repair in the upper left, invisible to the eye.  His landscapes are his best known works, particularly those of New England, Spain, Italy, England.  "Working primarily in oils and watercolors, and using a tighter technique than the emerging impressionists of his time, Smith was a true realist." 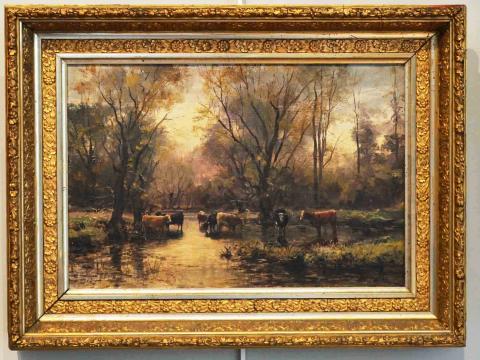 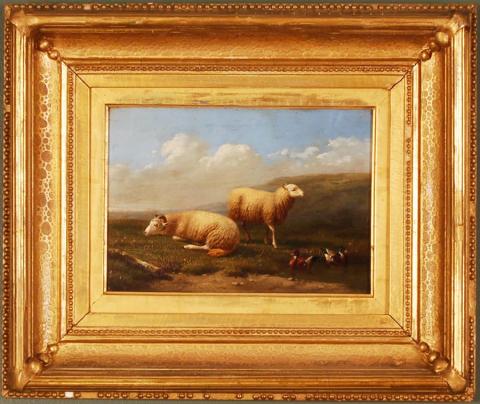 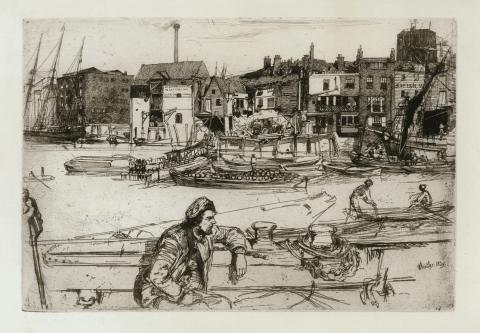 This is one of the finest etchings by American artist James Whistler.  This image titled: "Black Lion Wharf" was from his Thames series created in 1859.  This image measures 5  7/8 X 8 3/4 inches. Printed on a laid type paper with watermark.  This is an early printing between state iii/iv of iv.  Very richly inked with extensive plate tone throughout.  Very good condition, signed and dated within the plate at the right side of the image.