This is an original oil on canvas painting by American artist Frank Vining Smith (1879-1967) This painting is clearly signed lower right corner. This painting although in the catalog is titled: "Sunset Glow" on the back of the canvas is an alternate title: "The New Moon" The canvas measures 22X30 inches and comes in a fine custom gilt frame. This painting was originally sold through Anderson Galleries in Chicago. They promoted Smiths works in the late 1920's.
The original catalog is present. Heres a Chicago News paper article about this show: "Frank Vining Smith – The Chicago Evening Post, May 22, 1928
THE annually recurrent exhibition of paintings of ships and the sea by Frank Vining Smith at the Anderson Galleries always makes an agreeable event about this season. Some thirty of Mr. Smith’s new canvases have just been hung at Anderson’s, and the impression they give is possibly more favorable than it has been in the past.
Even granting the sea’s changeless, ever-changing character and the myriad sorts and conditions of ships that sail it, Mr. Smith’s fertility and inventiveness appear more remarkable than ever in this exhibition. His knowledge of his subject is profound, in the opinion of sailors, who are always harsh critics. His ability to paint workmanlike pictures has long been established. But the ease with which he continues to find variations on a now familiar theme remain surprising." This is a very fine study of a view of the sea right after sunset. 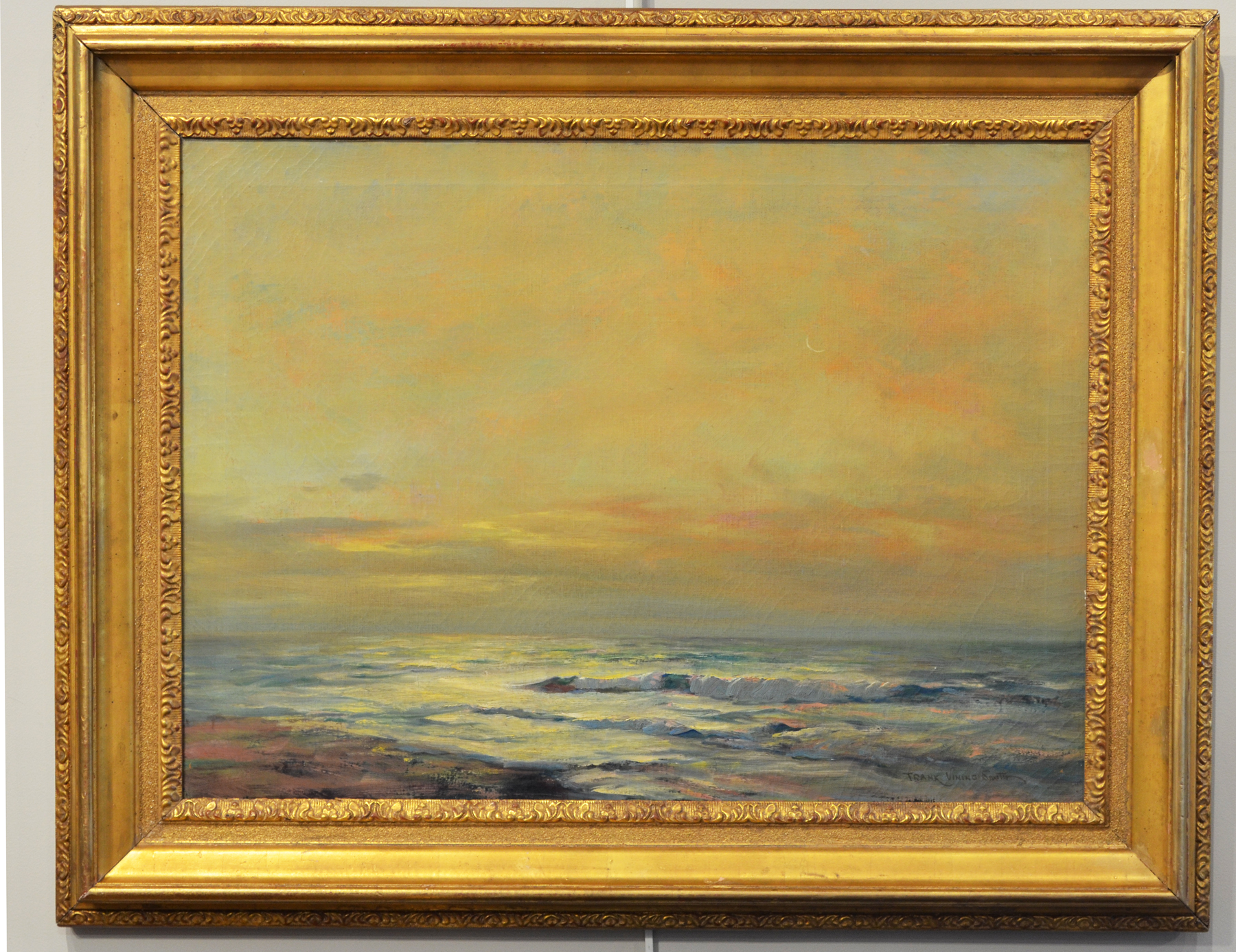