The Land is Rich

This etching by Paul King measures 9 7/8 x 7 7/8 inches and is pencil signed on the lower margin. Paul King gained professional acclaim early in the 20th century for his seascapes, portraits, landscapes and rural scenes. Becoming an accomplished lithographer while still in his teens he studied with H. Siddens Mowbray in New York and later in Holland with Willy Sluiter and Evert Pieters. He was an illustrator for Life and Harpers Magazines and a book publisher. He received honors for his paintings from the Salmagundi Club and the National Academy of Design. 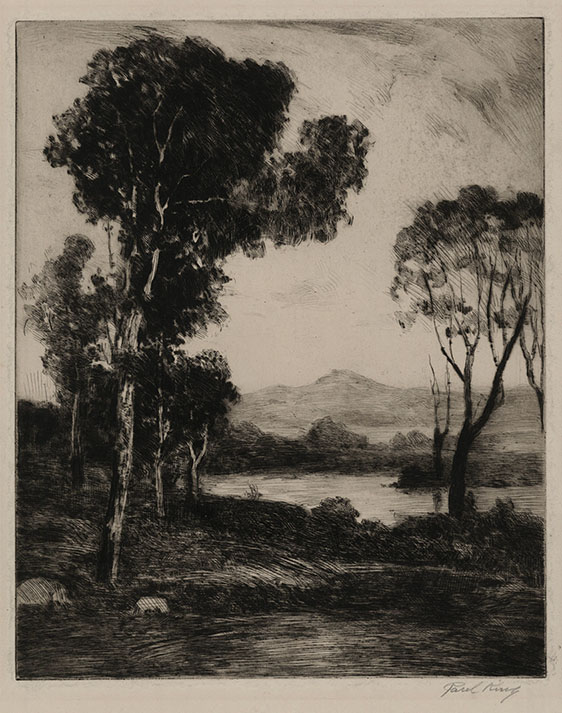