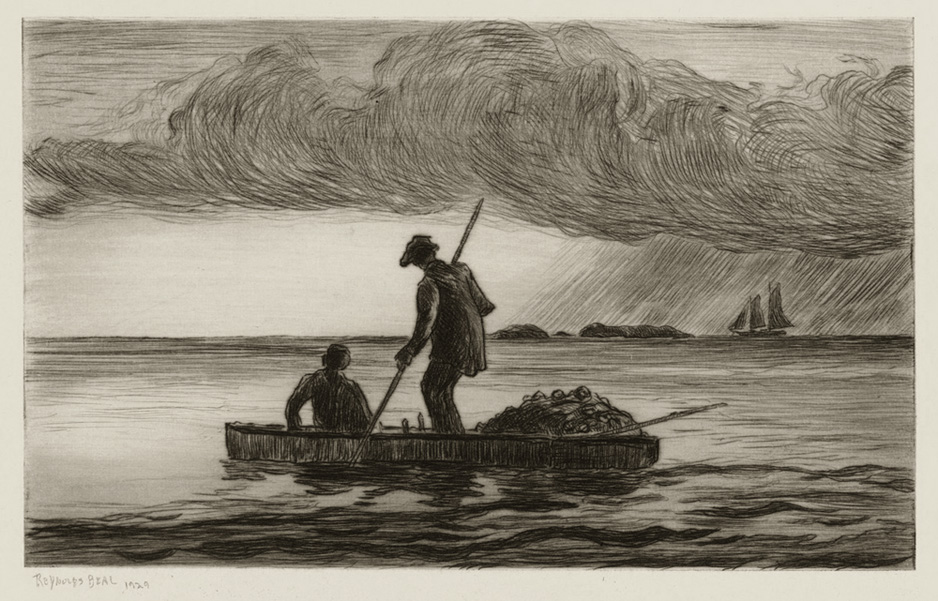 Fishing Boats on the High Seas 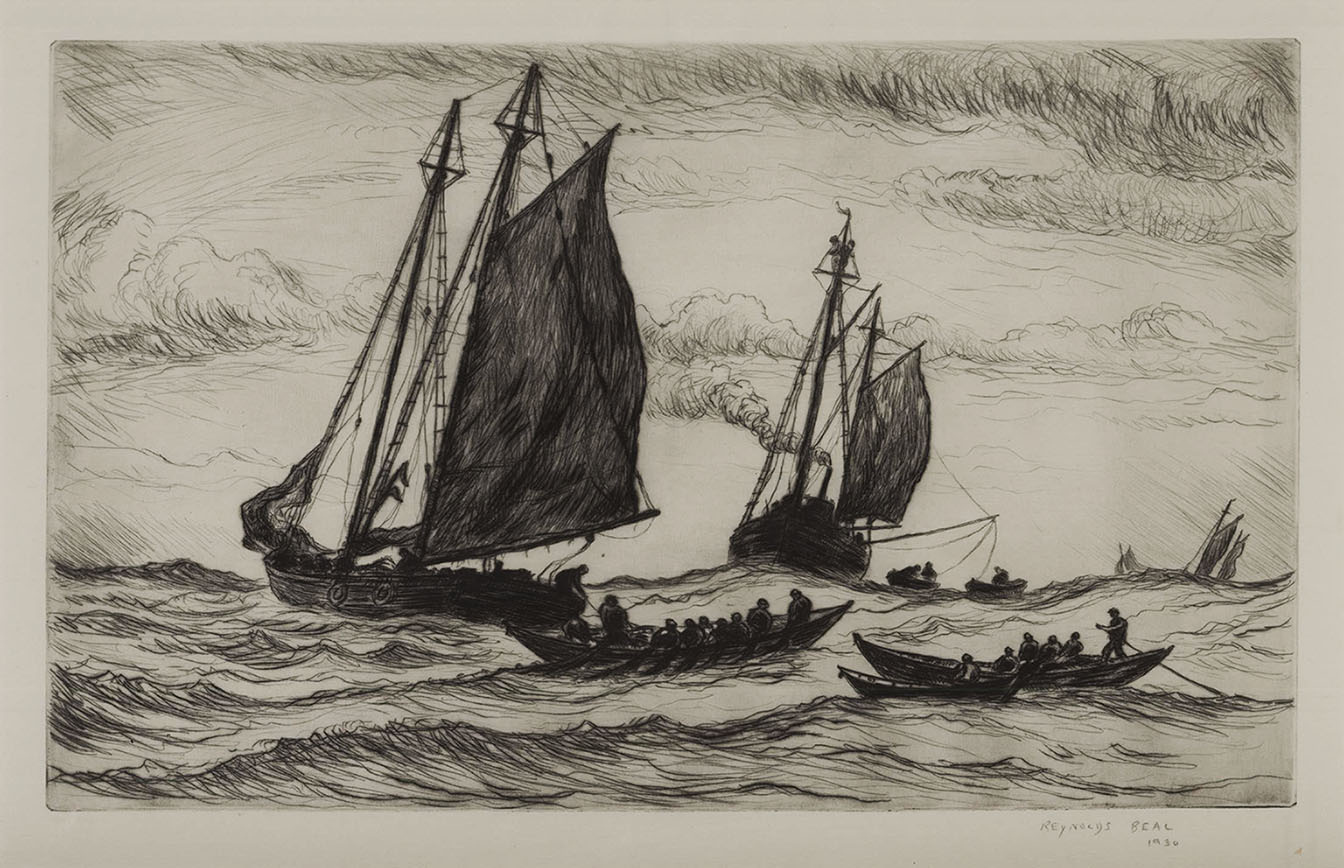 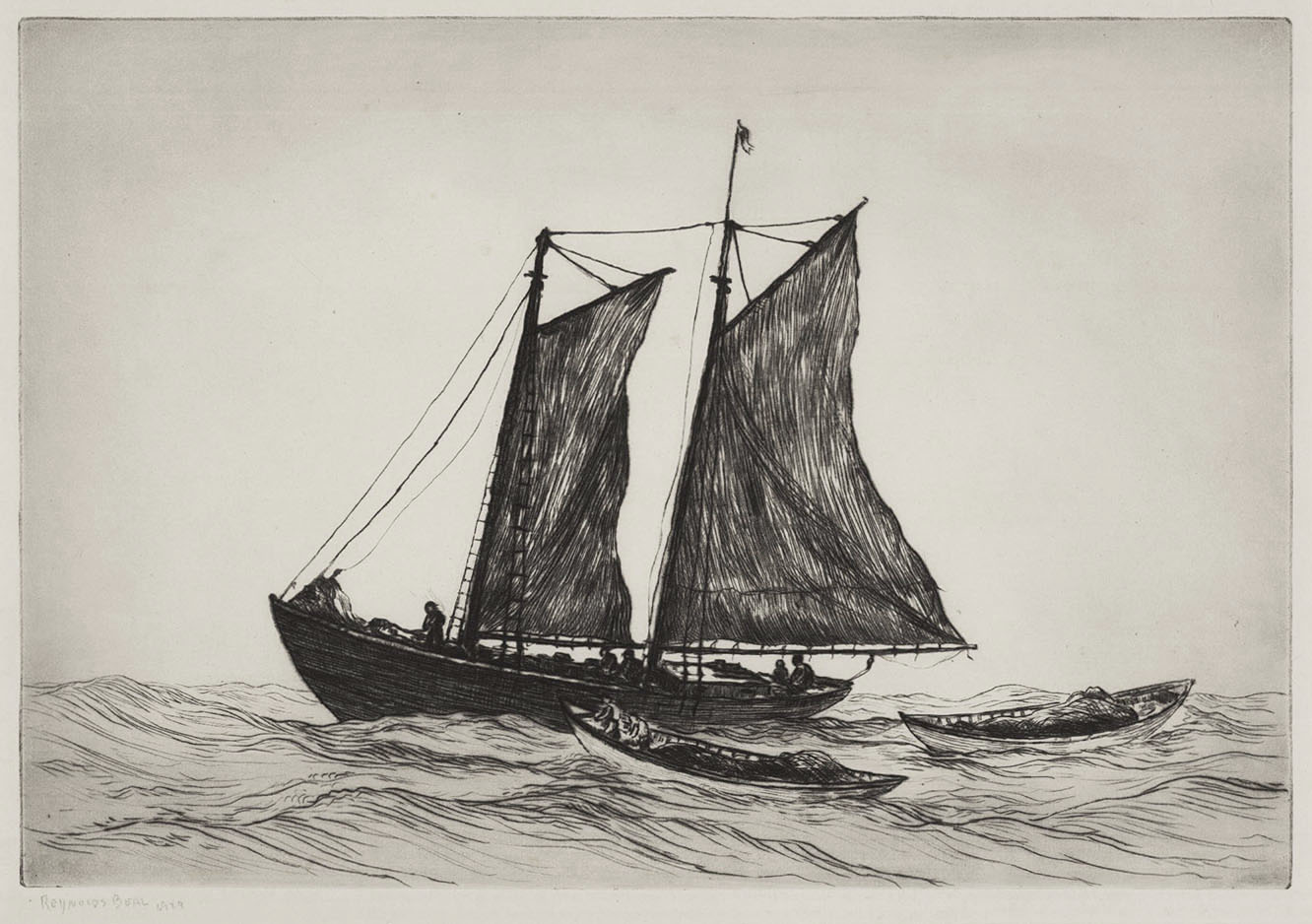 This is a beautiful, richly inked original etching by Rockport artist Reynolds Beal, image size 9 1/4 x 12 3/4 inches, published in 1930, pencil signed and dated, framed. Beal was born and raised in New York City, but traveled extensively throughout his artistic career. He specialized in land and seascapes, some of his favorite locations were the North Shore of Massachusetts and the Florida Keys. He was a member of the Salmagundi Club, the National Academy of Design, The American Watercolor Society, The Society of American Engravers and the National Arts Council. He was also one of the founding members of the Society of Independent Artists, which included some of the most influential artists of the early 20th century, including George Bellows, Childe Hassam, John Sloan, and Maurice Prendergast. 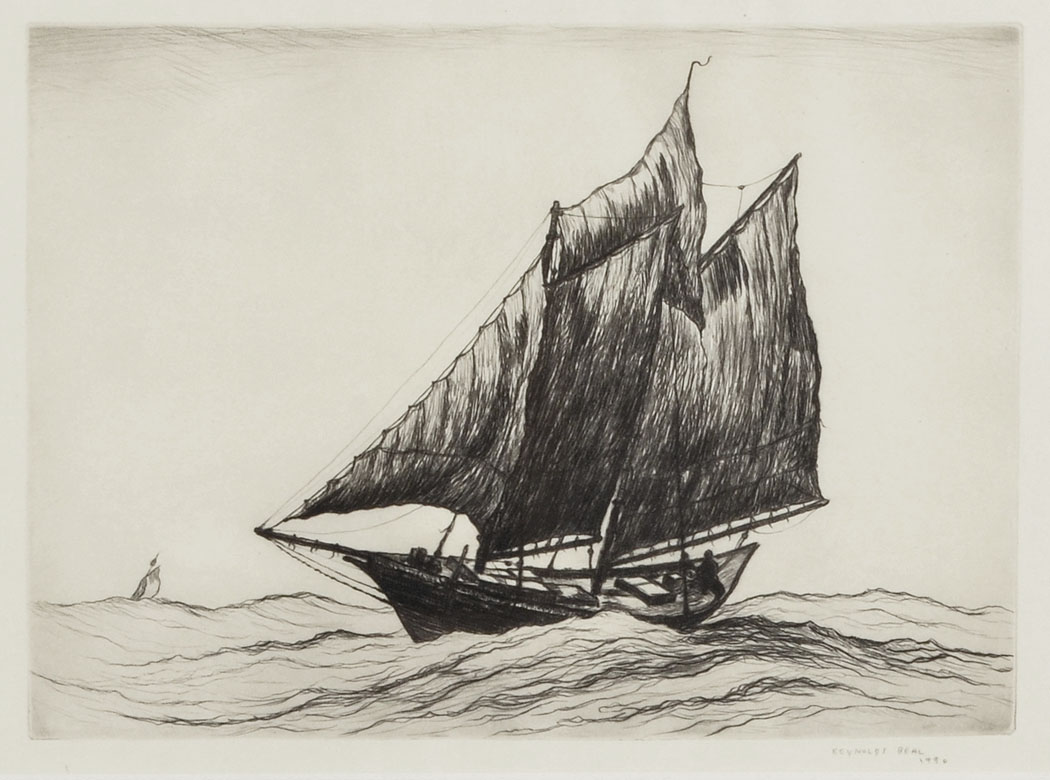