This is an original drypoint etching by British artist Edmund Blampied.  The title is: Village News. This etching was created and printed in 1931.  It is signed in sepia ink lower border and has the edition noted as 16/100.  The image measures 8 3/4X12 inches.  "Edmund Blampied (1886-1966) was one of the most eminent artists to come from the Channel Islands, yet he received no formal training in art until he was 16 years old. He was noted mostly for his etchings and drypoints published at the height of the print boom in the 1920s during the etching revival."(museum of New Zealand) 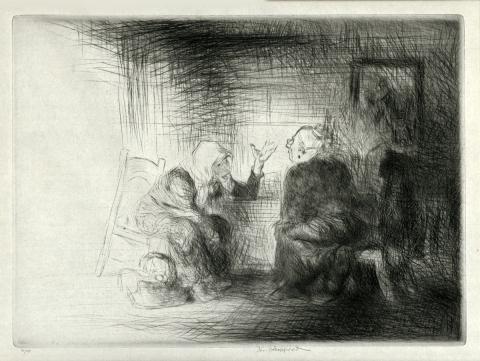