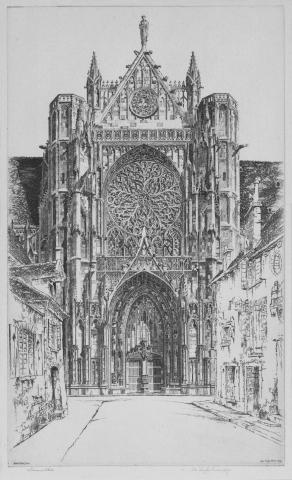 Also known as: "Sens, Cathédrale de Saint Ètienne" and "Sens, North Portal." An incredibly detailed drypoint etching with plate toning and a wide tonal range. Signed and dated 1929 in the lower right. Plate signed and dated in the lower right, plate titled in the lower left. Second and final state. Edition of 100. #25 in his French Church series. Catalog: Fletcher 218. C. 1929. Plate measures 15 x 9 inches on 17 1/8 x 11 1/2 inch laid paper. John Taylor Arms was one of the foremost American printmakers of the 20th century, known for his exquisite compositions and exacting details. 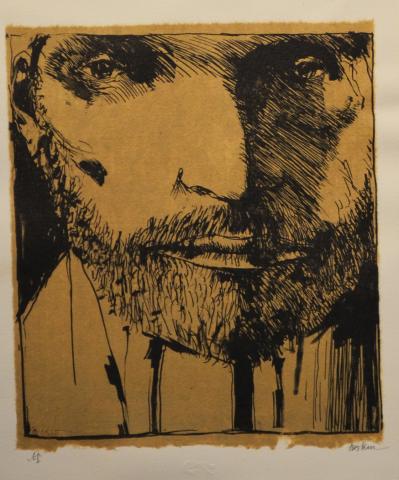 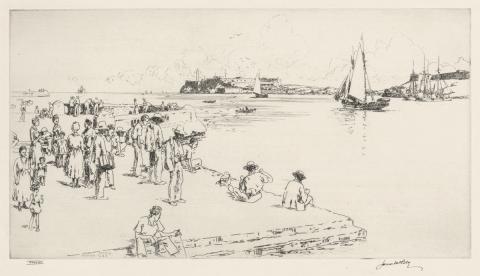 This is a beautiful sun drenched scene of Havana, Cuba by Scottish artist James McBey. Etching, image size 6 7/8 x 12 7/8 inches, 1940, plate signed and dated, hand signed and numbered "XXXVIII" in ink. Born into poverty McBey was primarily self-taught, becoming a very well respected artist and leading figure of the British Etching Revival. He traveled extensively throughout Europe, America and the Middle East, creating remarkable etchings of the places he visited. 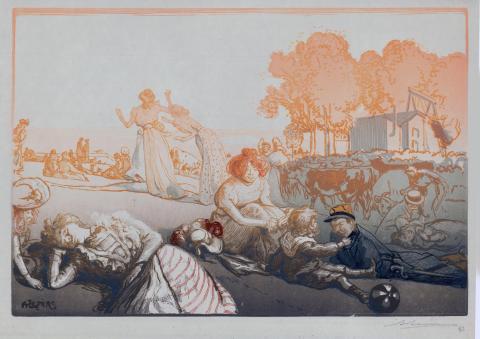 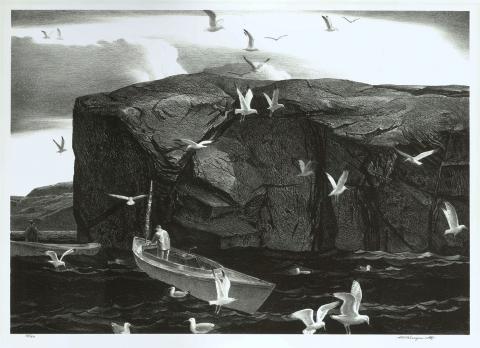 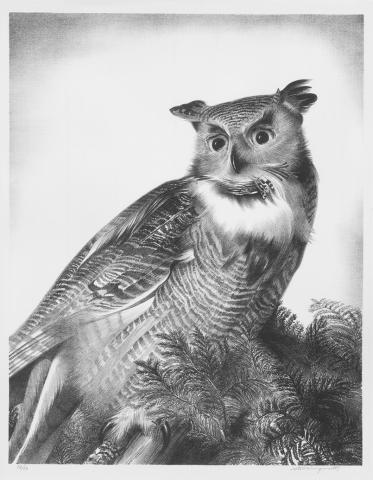 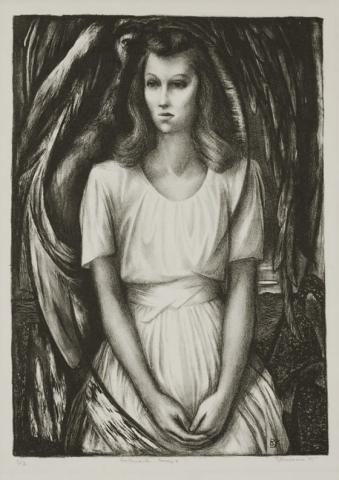 Lithograph, image size 18 x 13 inches, edition of 30, 1945, print signed, dated, edition number, and title in pencil. Plate signed "BS" l.r. Fine & Looney 246. Spruance studied in Paris after winning the coveted Cresson Scholarship in 1928 while attending college at the Pennsylvania Academy of Fine Art. He studied with Edmond and Jaques Desjobert in Paris before returning to the US and continuing his nearly forty year career as a printmaker. 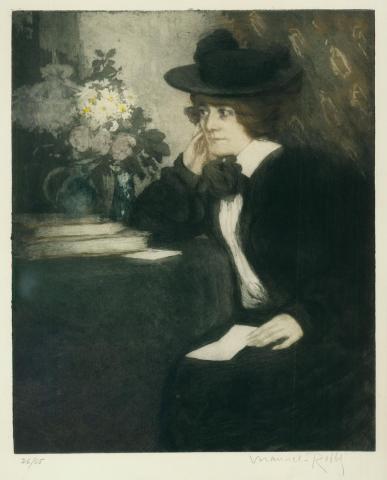 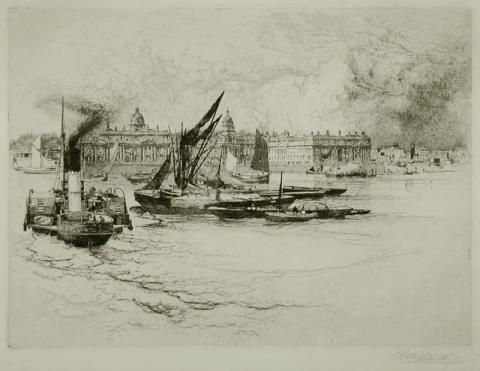 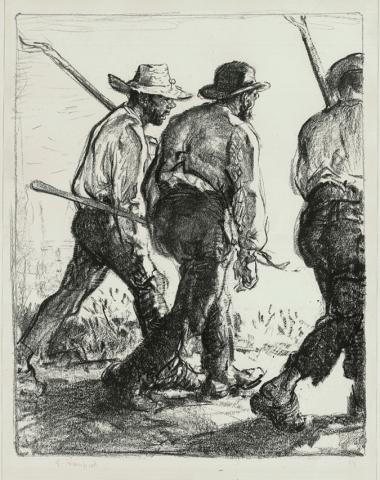 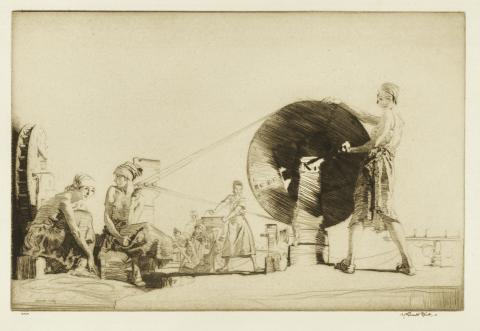 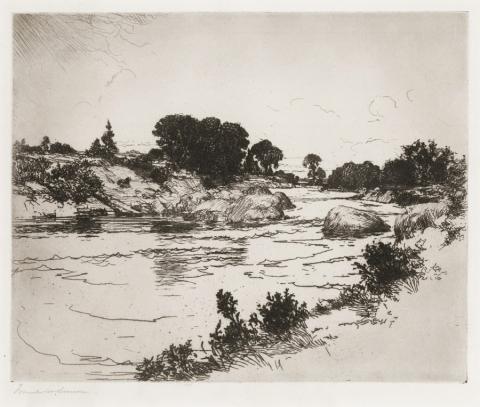 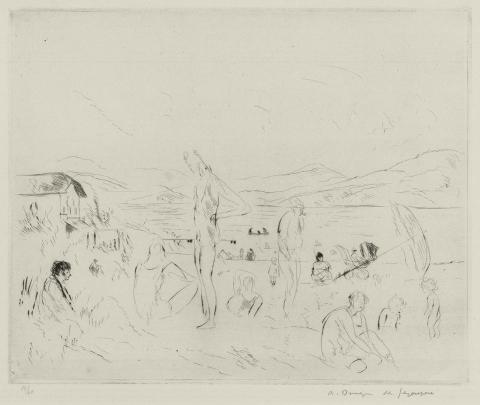 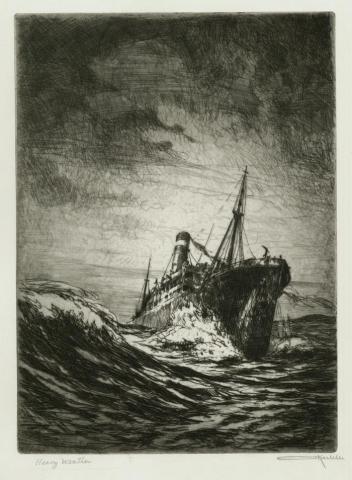 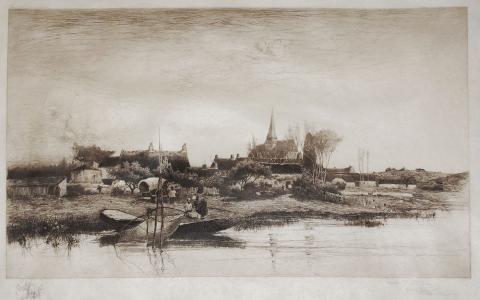