This etching by the British artist Edward Julius Detmold, measures 7 3/4 x 16 inches, pencil signed and numbered 44/60, 1927, framed. Edward Julius Detmold's artistic talents were apparent at an early age. He and his twin brother, Charles Maurice Detmold, were both considered well beyond their years in their artistic abilities, their watercolors were being exhibited at the Royal Academy by age 13, the youngest artists to be admitted at the time. They were raised by their uncle, a wealthy physician and art collector, who encouraged them from am early age to draw and sketch and often took them to the Regents Park Zoo and the National History Museum to hone their talents. 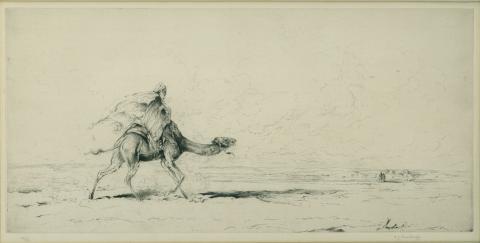