Original pencil signed etching by British printmaker, Edward Bouverie Hoyton.
This etching has an image size of 8X12 inches. Edward Bouverie- Hoyton was in the same etching class as Paul Drury and Graham Sutherland. They remained friends throughout their lives. His early work came under the spell of Samuel Palmer but he was also influenced by the etchings of artists such as John Crome and John Sell Cotman of the Norwich School. 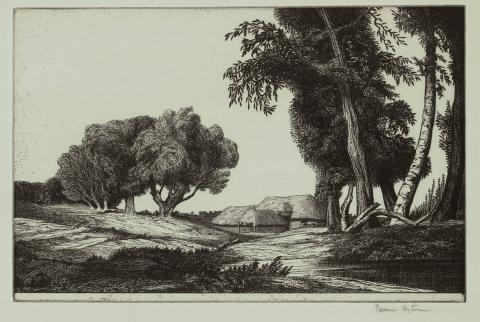