A very fine original etching by American sporting artist Aiden Lassell Ripley, image size 8 3/4 x 13 7/8 inches, c. 1930, pencil signed and titled. Ripley studied at the Boston Museum School under Phillip Hale and Frank Benson, then spent several years traveling throughout Europe. He became quite well known for his landscapes and sporting scenes, and also worked throughout his life in wildlife and endangered species preservation. He was a member of many prestigious artist groups of the 20th century, including the National Academy of Design, the American Watercolor Society, and the Audubon Artists; he served as the president of the Boston Guild of Artists from 1959 to 1969. 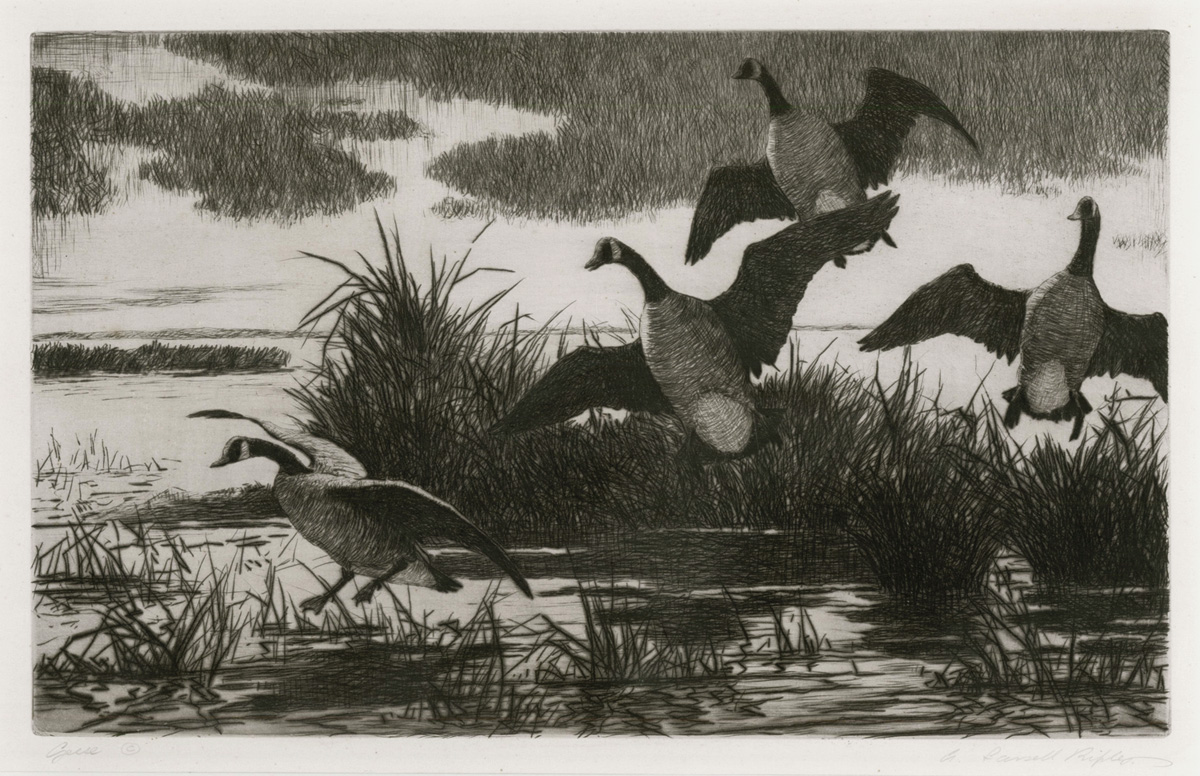 A fine original etching by American Sporting artist Alden Lassell Ripley. The title of this work is "Goose Shooting", created circa 1930, this etching is hand signed and titled in pencil lower border. The image is quite large, it measures 8 1/2X13 3/4 inches. This etching appears in the Lamb catalog as image number 64. A rich impression showing platetone in the water and sky, nice use of drypoint as well. 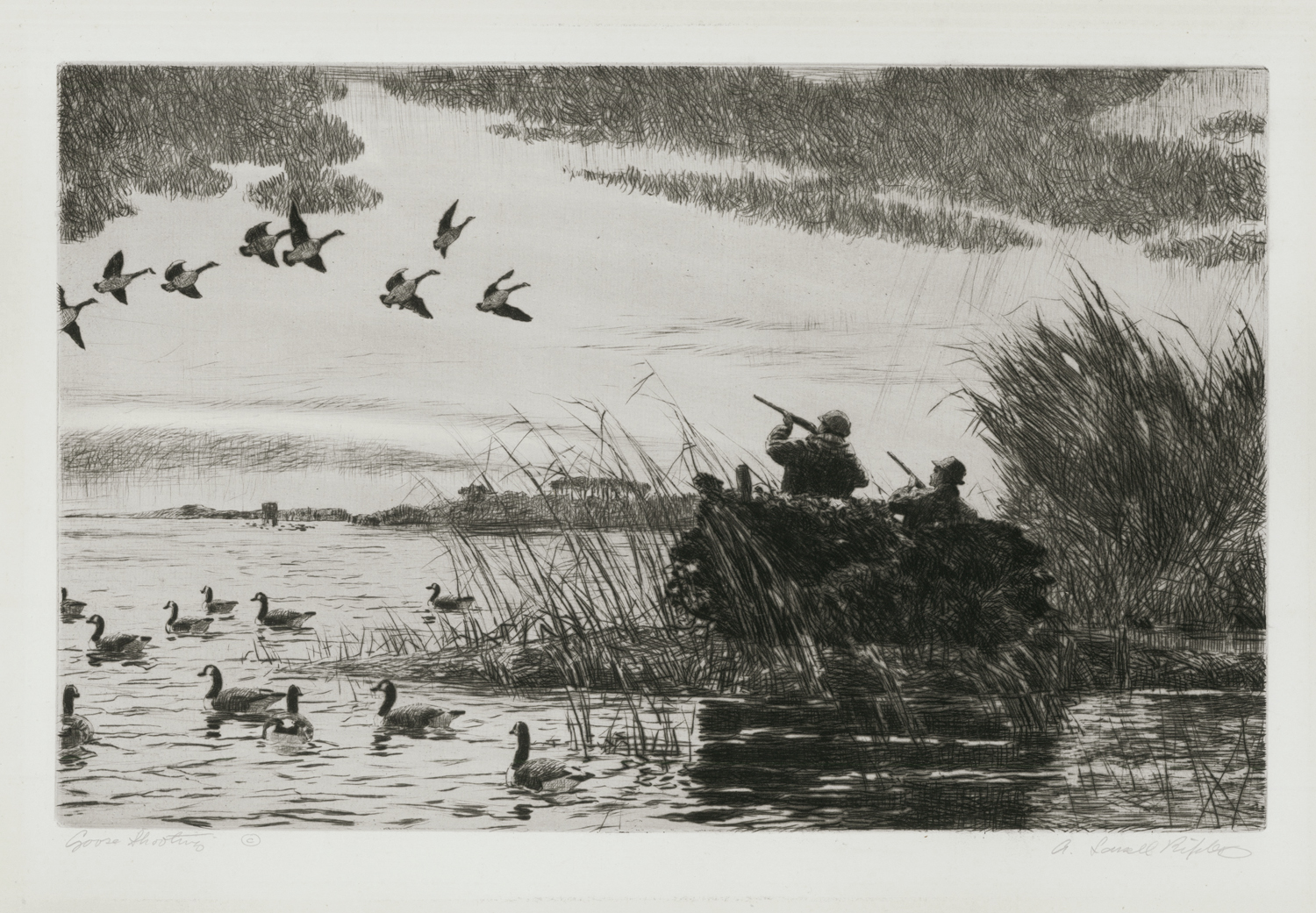 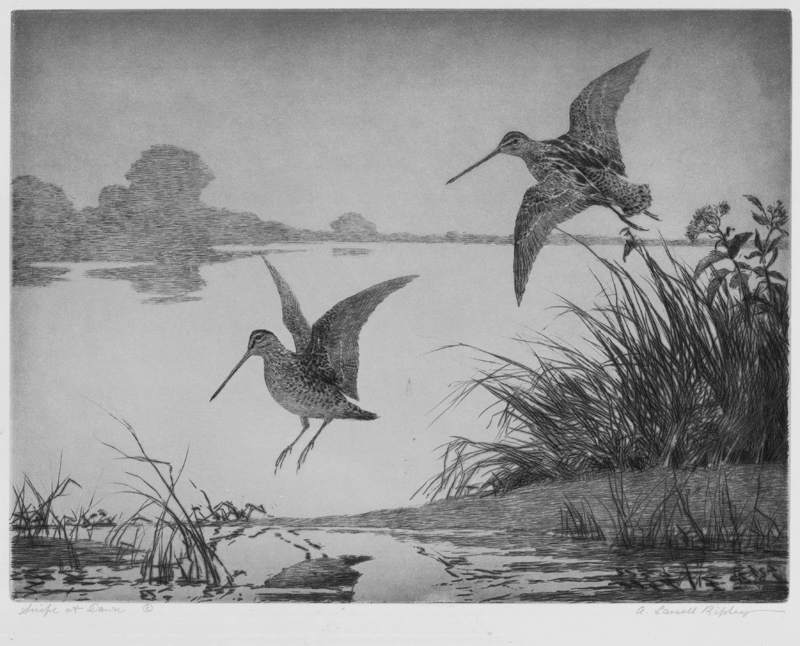 The Bird Hunter and Setter

This is an original charcoal drawing of a Bird Hunter and his Dog by American sporting artist Aiden L. RIpley.  The Drawing is signed upper right corner A. L. Ripley.  And dated 1927.  The image measures 22X16 inches.  Drawn on an Strathmore illustration board.  This drawing is archivally framed and is in fine condition. 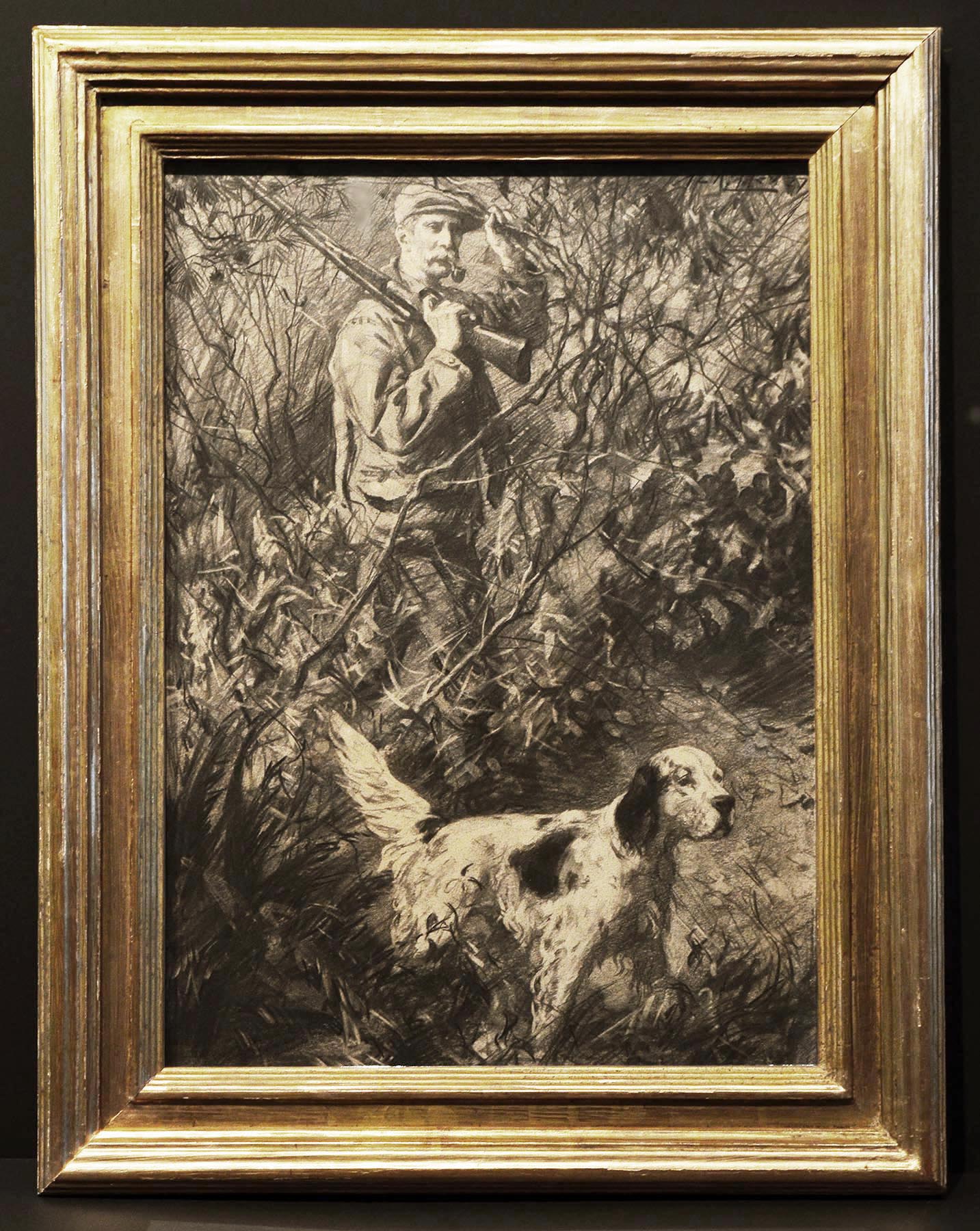