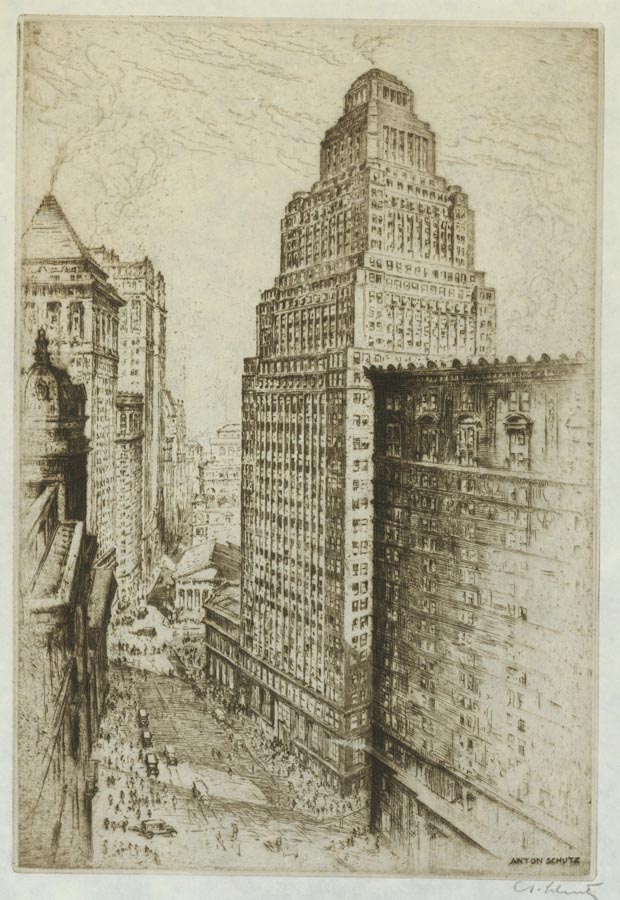 This etching by Anton Schutz measures 9 7/8 x 13 3/4 inches. It is pencil signed and numbered. Schutz was born in Germany and emigrated to the US in 1924 before Hitler came into power. A well-known artist in Germany, especially Munich, he started over again and enrolled in the Art Student's League in NY, working with Joseph Pennel. He became known for his portrayal of large cities along the eastern seaboard, capturing the enormity of the buildings along with the spirit of the American people. 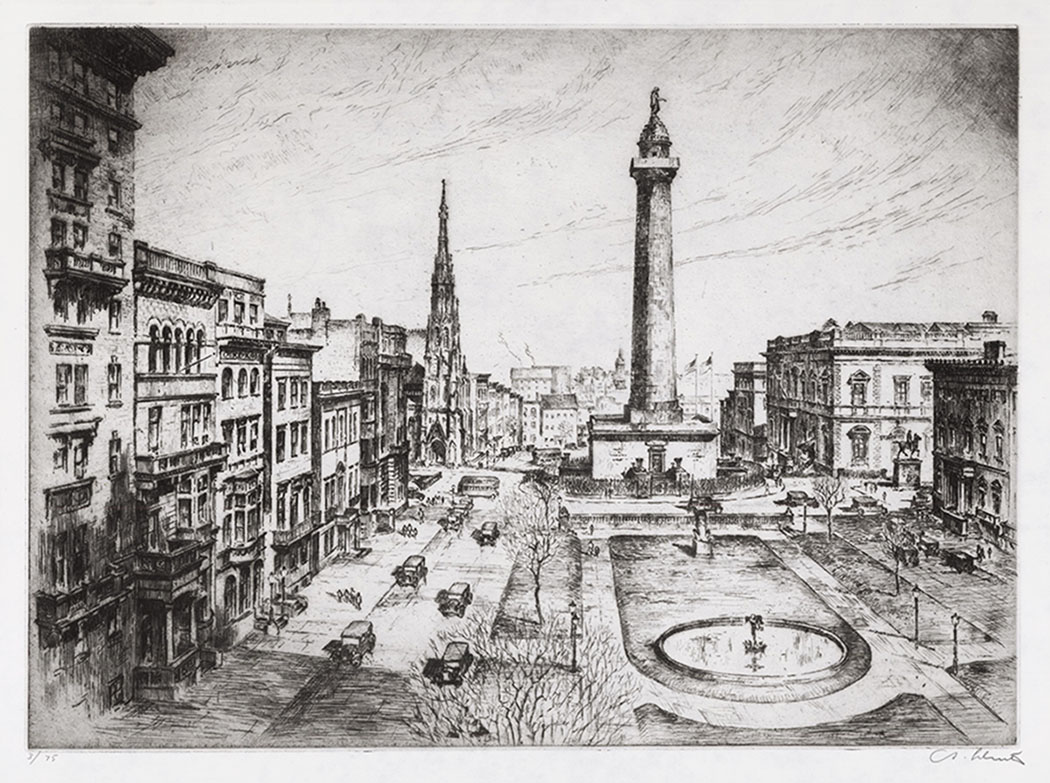 "The Post Office" measures 9 3/4 x 13 3/4 inches and is pencil signed and numbered. Schutz was founder of the NY Graphic Society. Born in Germany and living there for many years, including some spent in the German Army in WW1, Schutz emigrated to the US in 1924 and attended the Art Student's League of NY, working with Joseph Pennell. 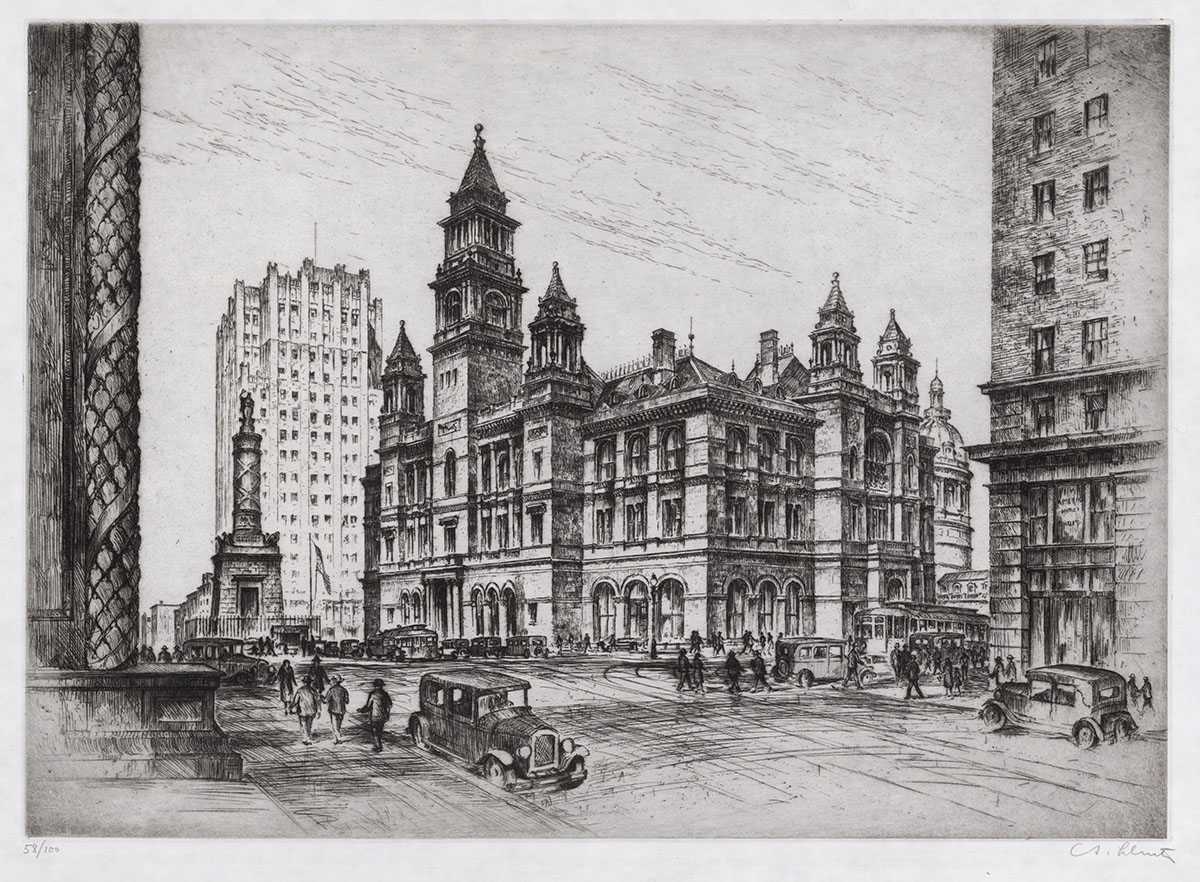 The Spirit of Baltimore - Baltimore and Light Streets

This fine cityscape by Anton Schutz, created in 1930, measures 14 x 9 3/4 inches. It is an artist proof, second state and pencil signed. Schutz worked with Joseph Pennell at the Art Student's League and was known for his east coast cityscapes. 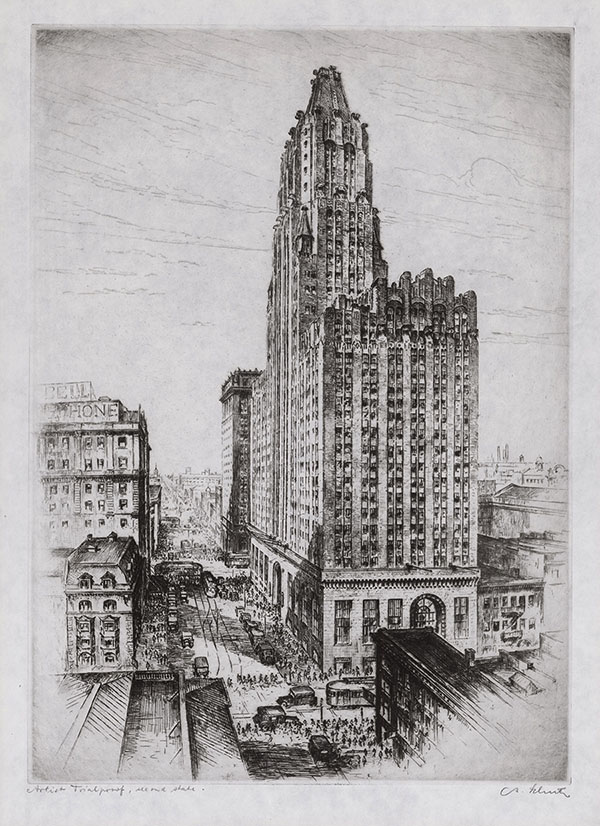 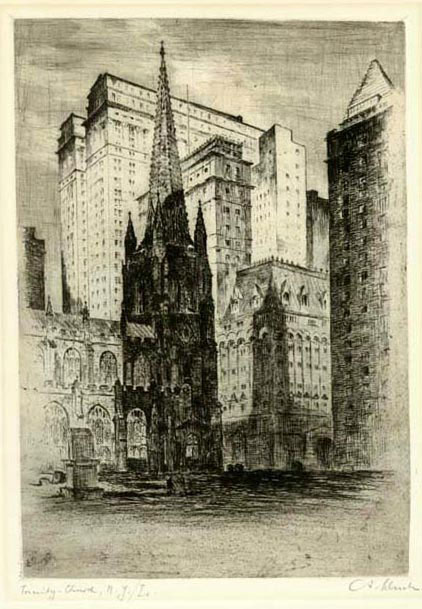 This is an original pencil signed etching by American artist Anton Schutz.  The title is : Three Giants, a view of the New York Harbor, made and printed in 1927.  The image measures 13 5/8X10 1/16 inches.  This etching is framed. 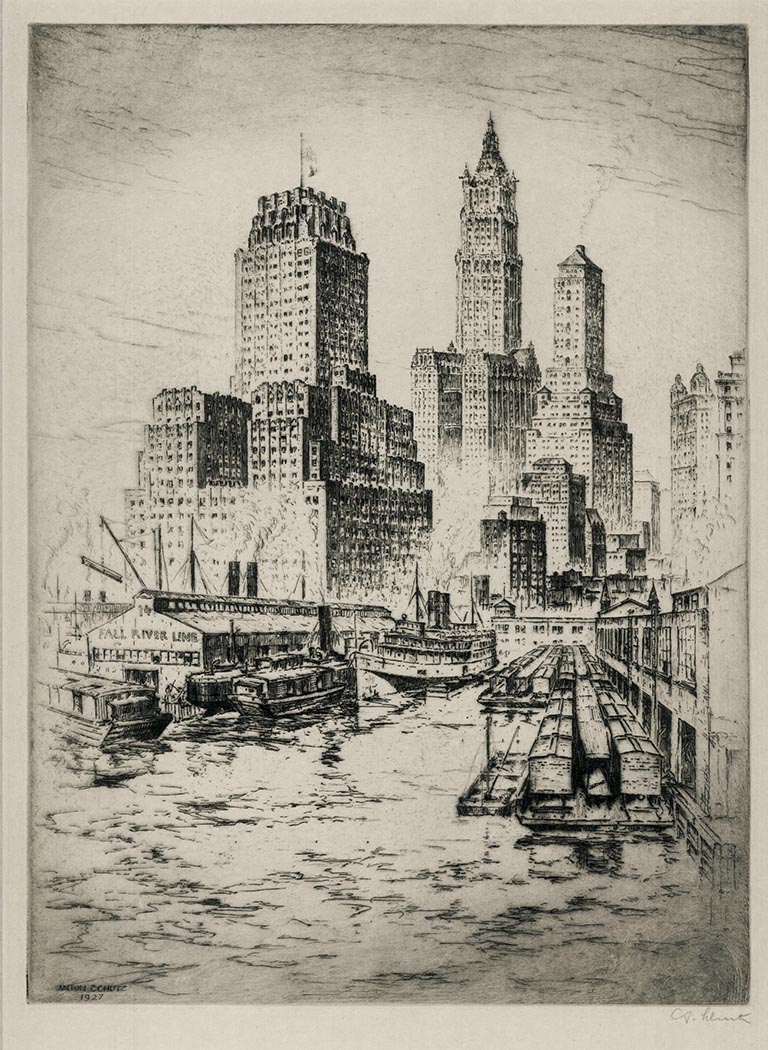