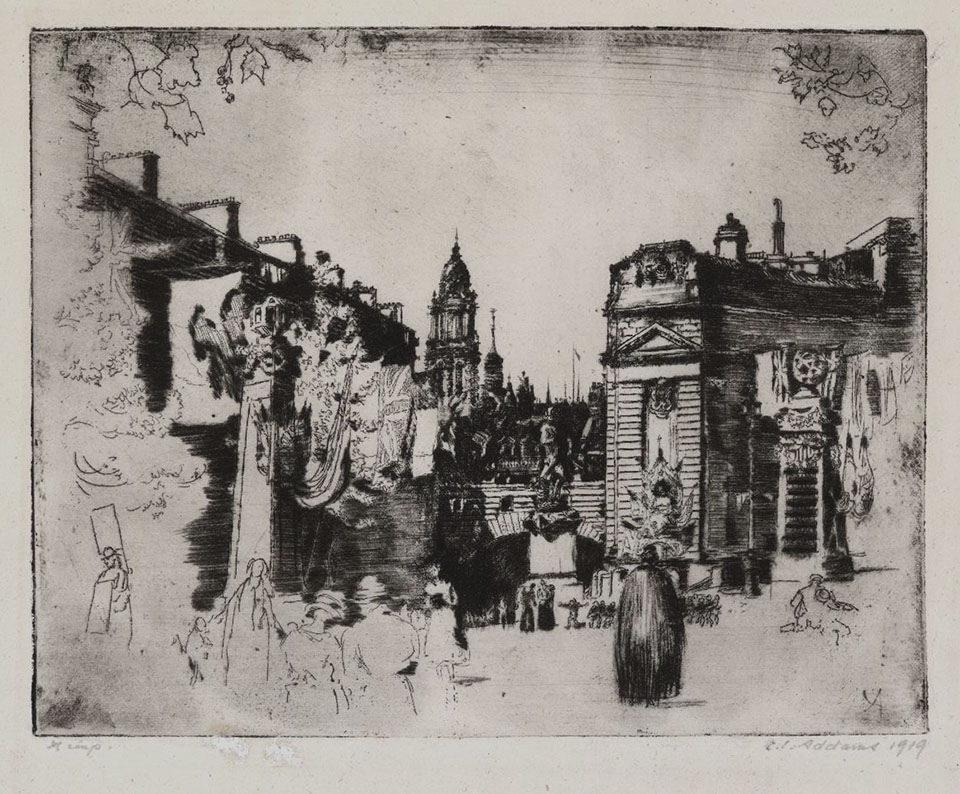 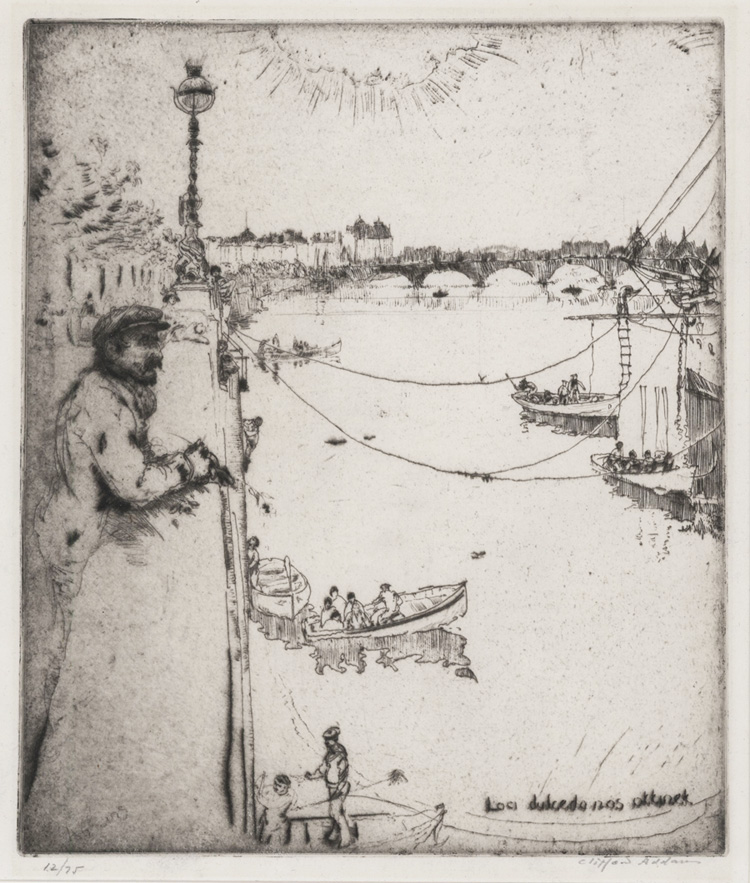 Etching and drypoint, image size 4 7/8 x 13 1/8 inches, 1912, printed on cream wove paper. Addams was born in New Jersey and attended the Drexel Institute there. He won a Philadelphia Academy Cresson Traveling Scholarship and entered Whistler’s Academy in Paris in 1899. In the 1900′s, London’s working class Italian Soho district was the subject of many artists of the day including Whistler's shop-front prints such as T.A. Nash’s Fruit Shop. The horizontal format and the density of the etching work is comparable to many of Whistler Amsterdam prints.