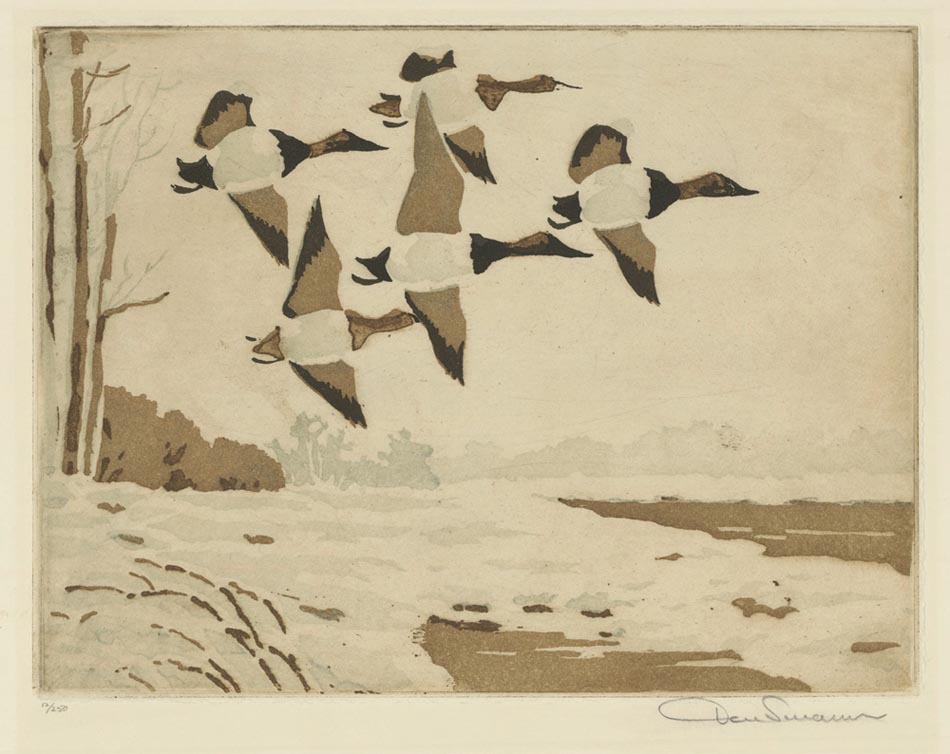 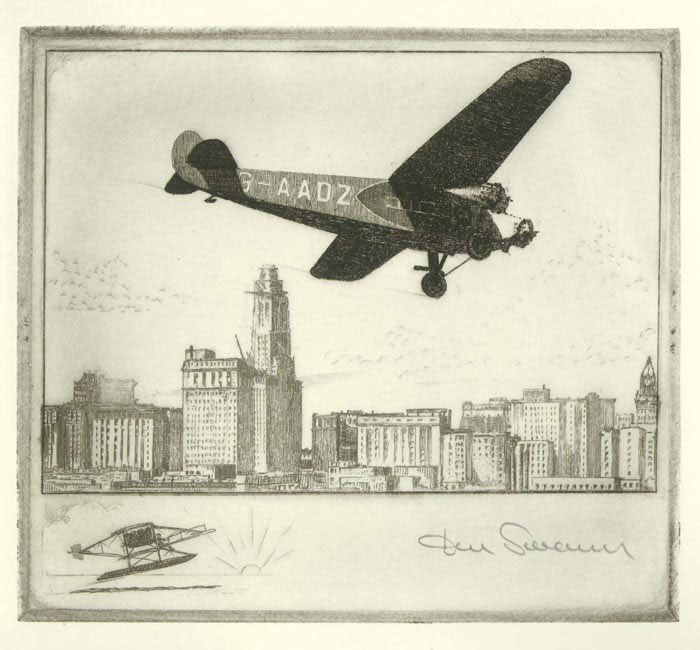 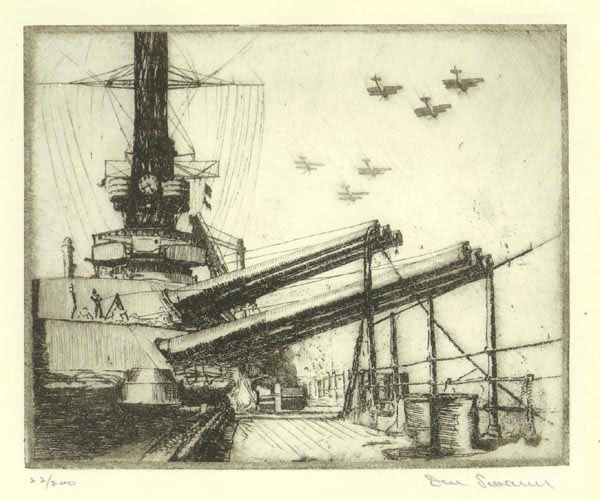 Print 91 in an edition of 300. Pencil signed and titled. Plate measure 9 1/4 x 5 3/8 in a 17 x 13 black frame. Don Swann was an American artist from Baltimore who studied in Munich, Germany and Italy. His work has been shown in many cities in the United States and forms part of the permanent collections of the Metropolitan Museum, the U.S. Naval Museum, the Congressional Library, and others. 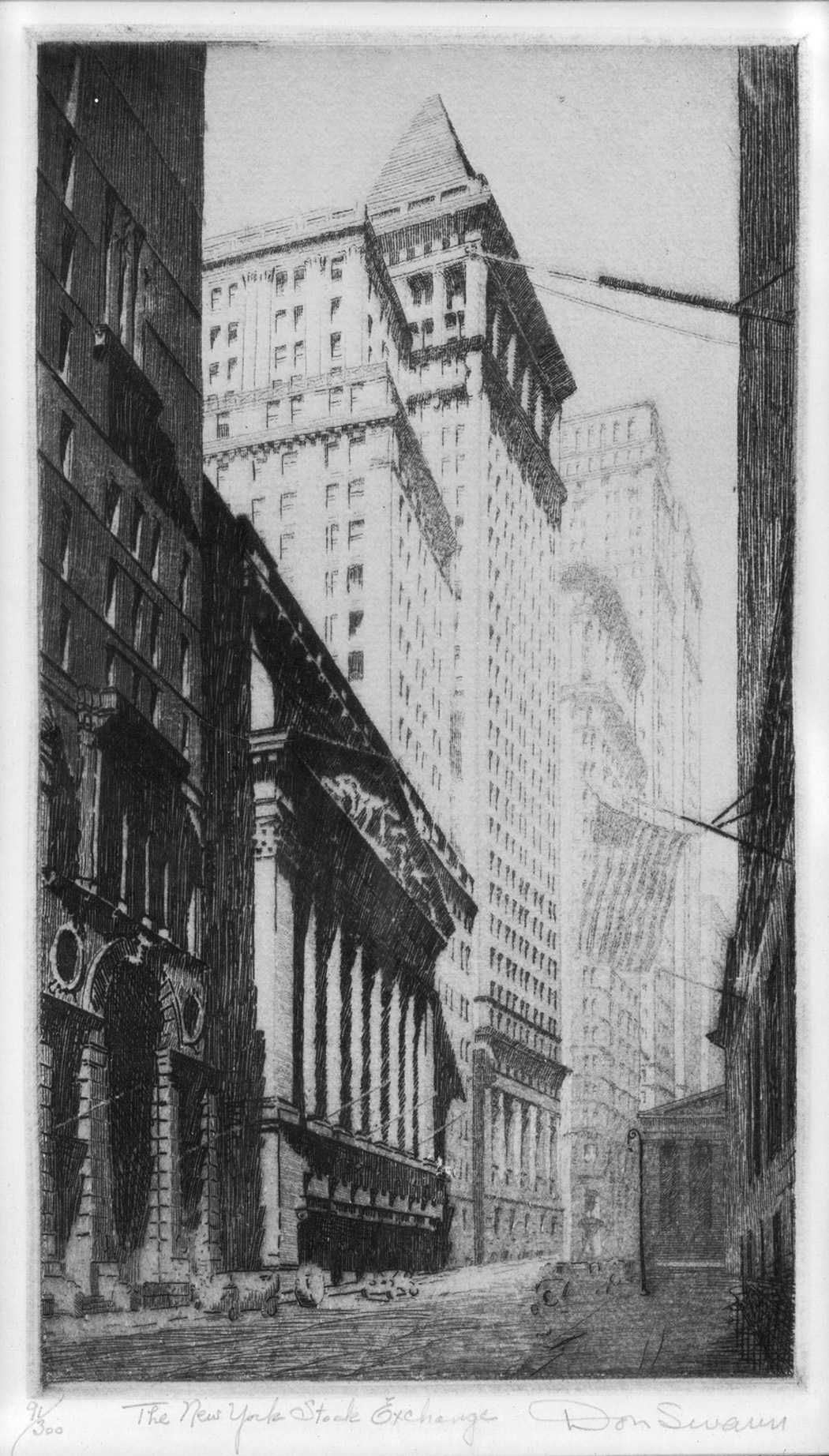 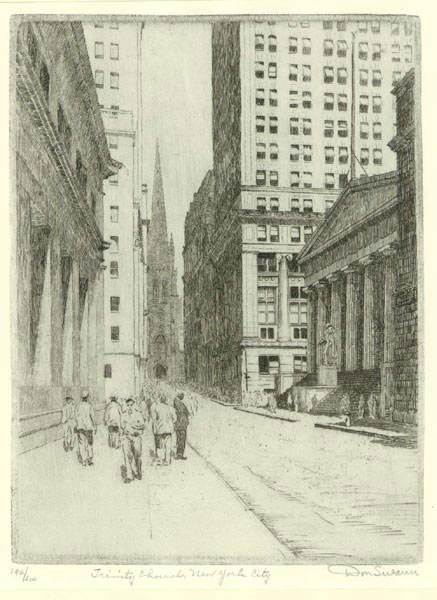 This is an original etching by American artist Don Swann.  It is titled lower border as: "Navy Trainers, SNJ2 Utility Trainers USN"  It was printed in an edition of 300, this is impression number 124.  The image measures 13 3/4X9 3/4 inches.  Hand signed in pencil in the lower border. 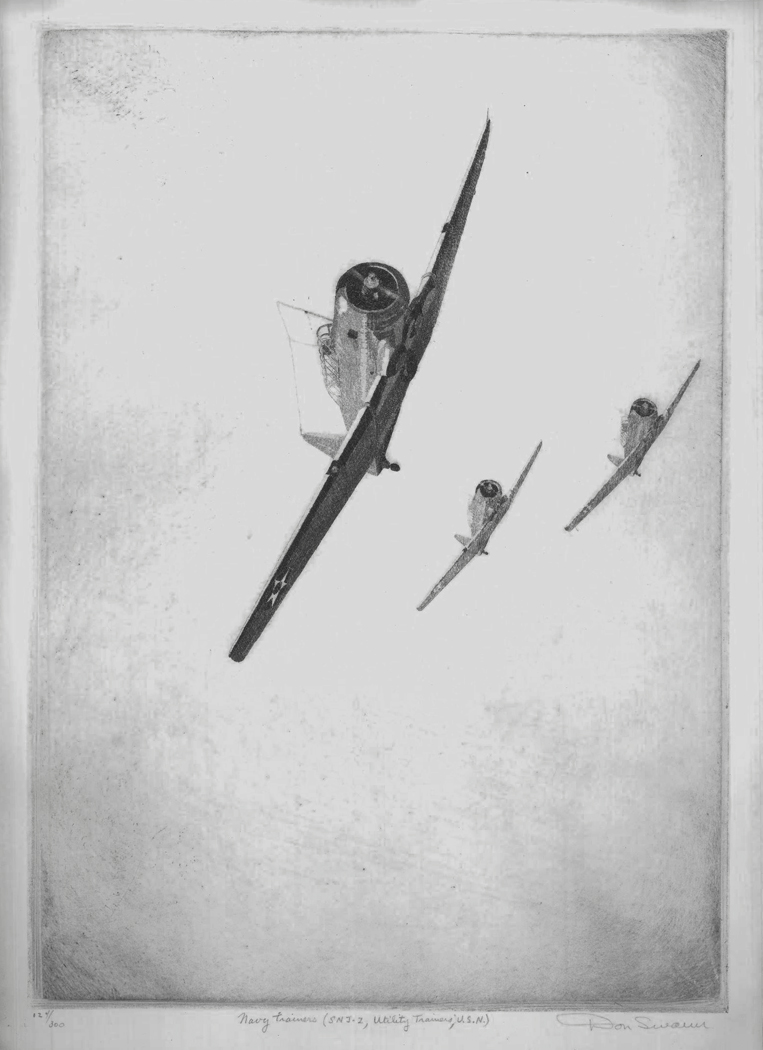