This Earl Horter etching measures 7 3/8 x 7 1/8 inches and is pencil signed on the l.r. Created c. 1930 on medium weight paper. The image depicts a pleasantly cluttered entrance with skyscrapers surrounding it. Horter was born in the Philadelphia area, traveling widely, but known for his etched images of New York and Philadelphia. He was largely self-taught, but became a member of the Society of Illustrators at a young age. He exhibited at the Panama Pacific Exhibition in 1915, the Art Institute of Chicago in 1932, and at the Philadelphia Print Club during the 1930's. The Philadelphia Museum of Art held an exhibition of the artist's works in 1999. 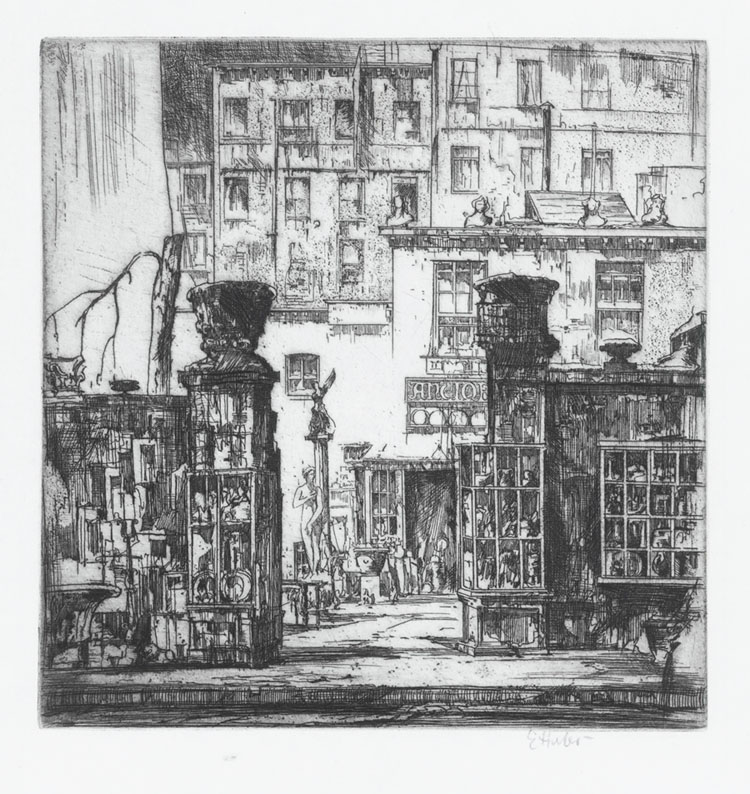 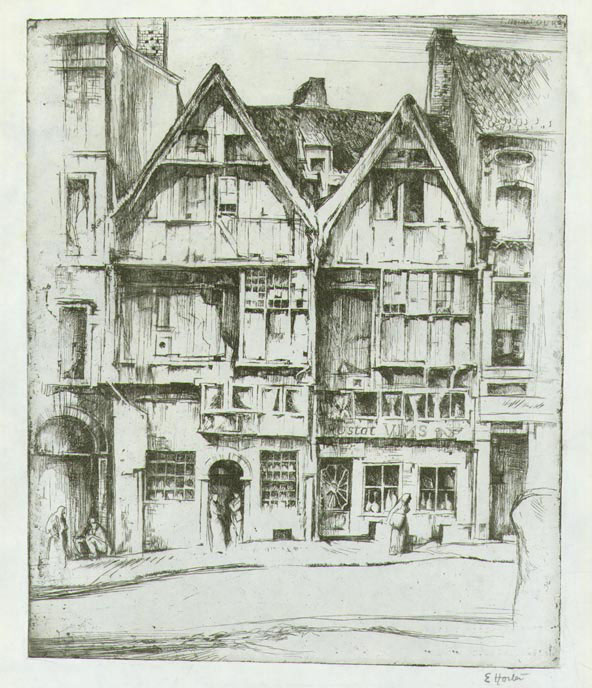 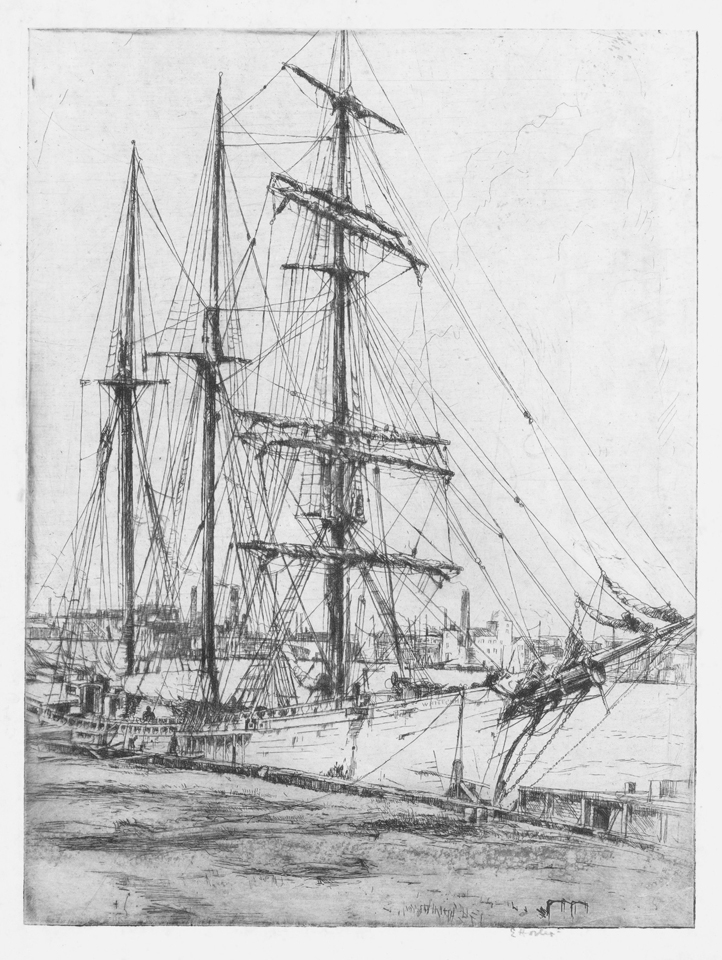 This is a beautiful original etching with aquatint of a New Orleans alleyway. The image size is 12 1/4 x 10 3/8 inches, c. 1932, published by the Associated American Artists, with the original label, pencil signed. This image won an award from the Philadelphia Print Club and is included in the collection of the Library of Congress. 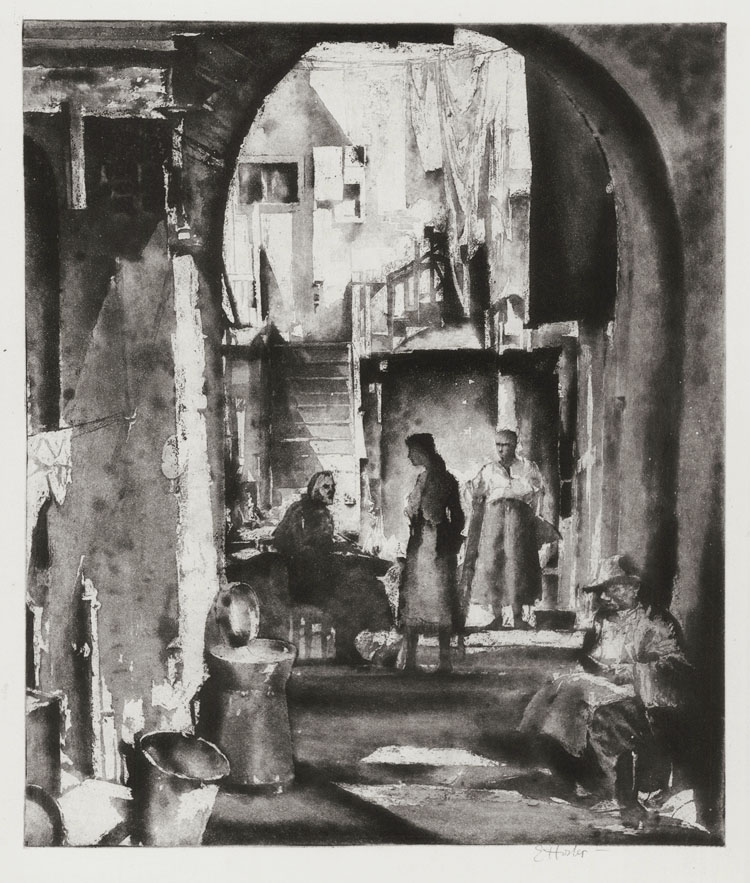