And David Played the Harp

This 1955 artist proof by the German-American master printmaker, Fritz Eichenberg measures 12 1/4 x 6 inches and is pencil signed and titled on the lower margin, framed, in an edition of 200. Eichenberg, known for his illustrations of extreme spiritual and emotional conflict of the human condition and also used his talent to comment on the political atmosphere of the day, was born in Germany, witness to the destruction caused by WW1, and greatly influenced by the rise of the Nazi Party, moved him and his family out of Germany and into the US where he became widely known for his artistic abilities especially his wood engravings which he created for many of the literary classics including Shakespere, the Brontë sisters, Jonathan Swift and Edgar Allen Poe. He also worked during the Great Depression for the WPA, making enough money to have his mother, his two sisters, and their families make their way to the US from Germany just before Kristallnacht. 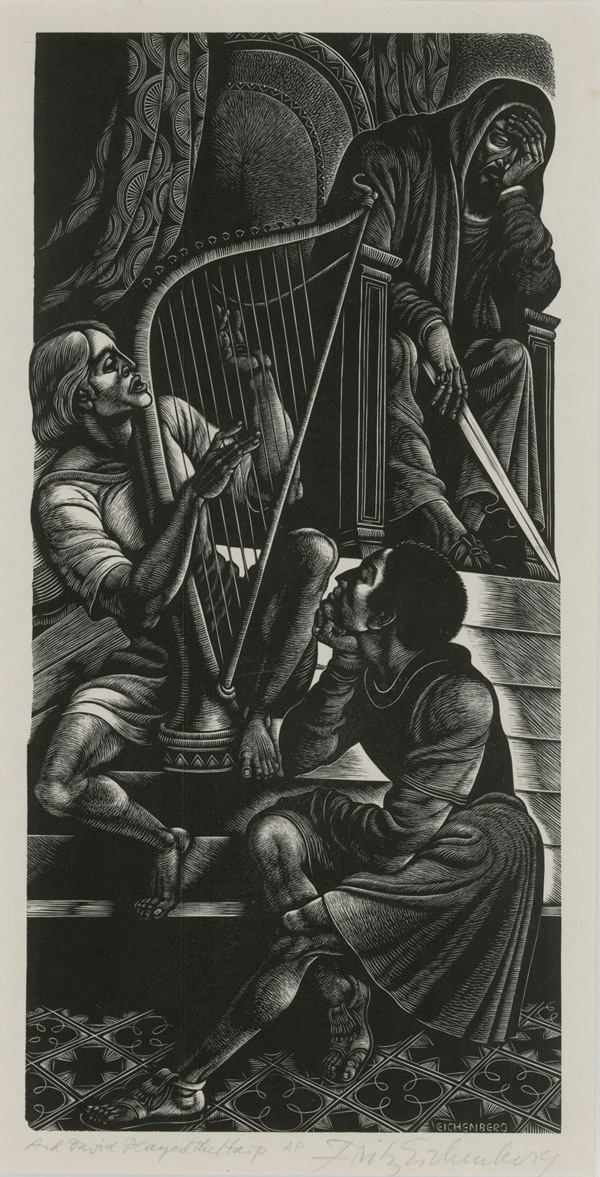 This is an original wood engraving by American artist and illustrator Fritz Eichenberg.  This image of an old hermit surrounded by the forest critters.  This wood engraving is pencil signed, dated 1945 and inscribed to one of his friends in the lower border.  The image measures 8 7/8X7 inches.  Printed on a thin Japan type paper. 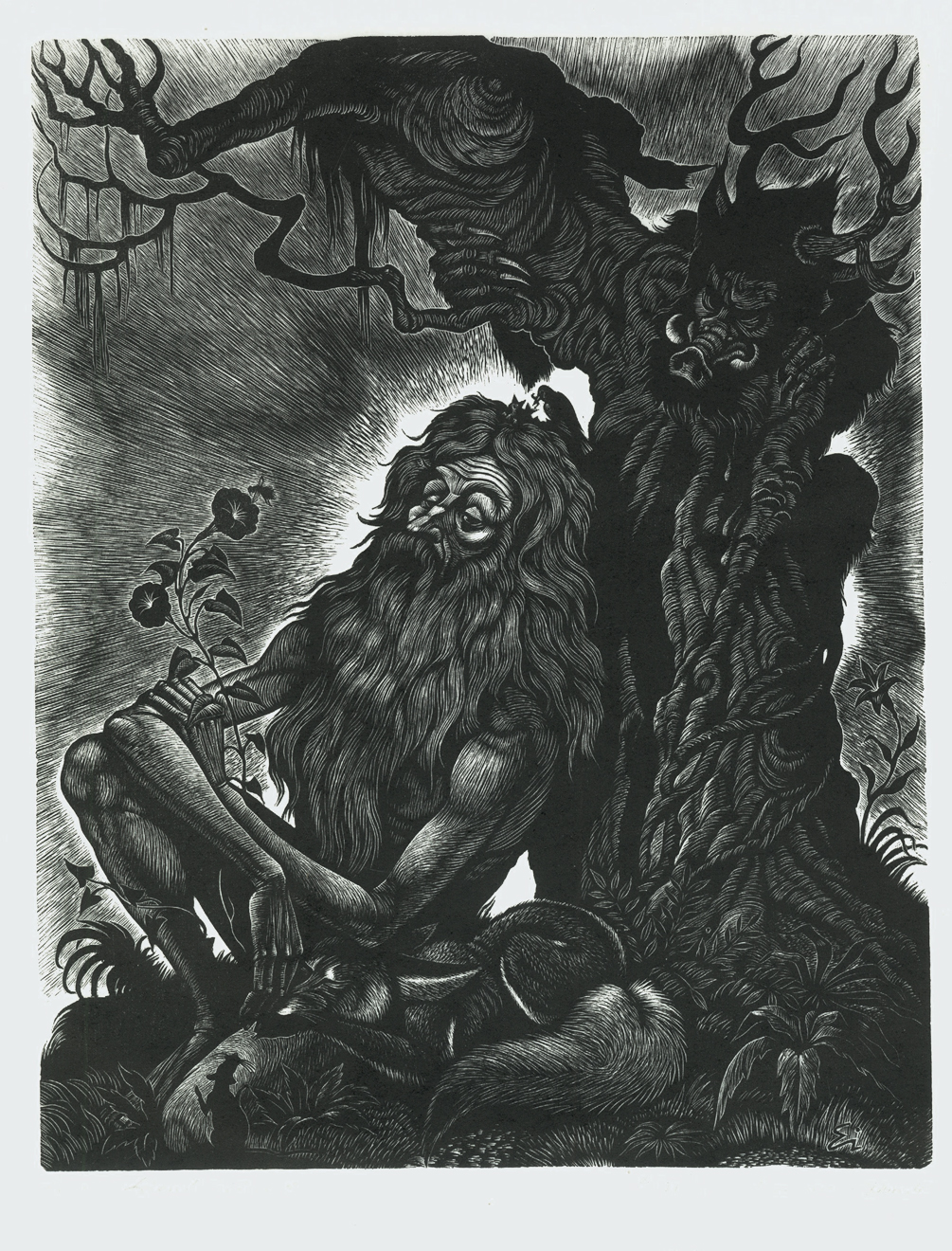 This is an original wood engraving by American artist Fritz Eichenberg (1901-1990)  This image is from his Series The Tales of Edgar Allan Poe.  It was created and printed in 1944, the title of this image is X-ing a Paragrab.  The image measures 5 1/2X3 1/2 inches.  This work is pencil signed and titled in the lower border. 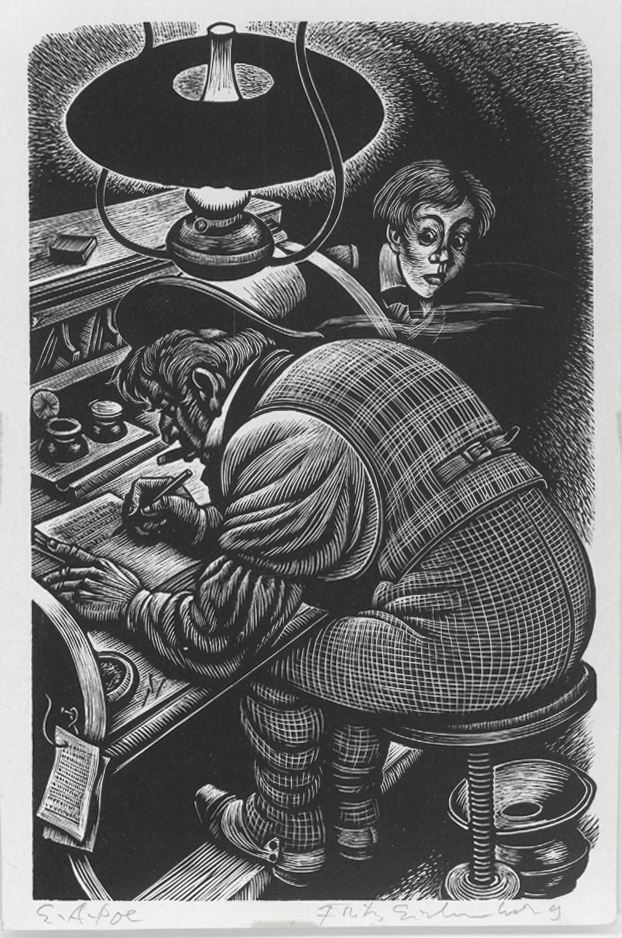 This is an original pencil signed wood engraving by American artist Fritz Eichenberg.  The title is The Orphans Breakfast, it was created as an illustration from Jane Eyre in 1943.  The image measures approx. 9X6 inches.  Nicely framed.  In beautiful condition. 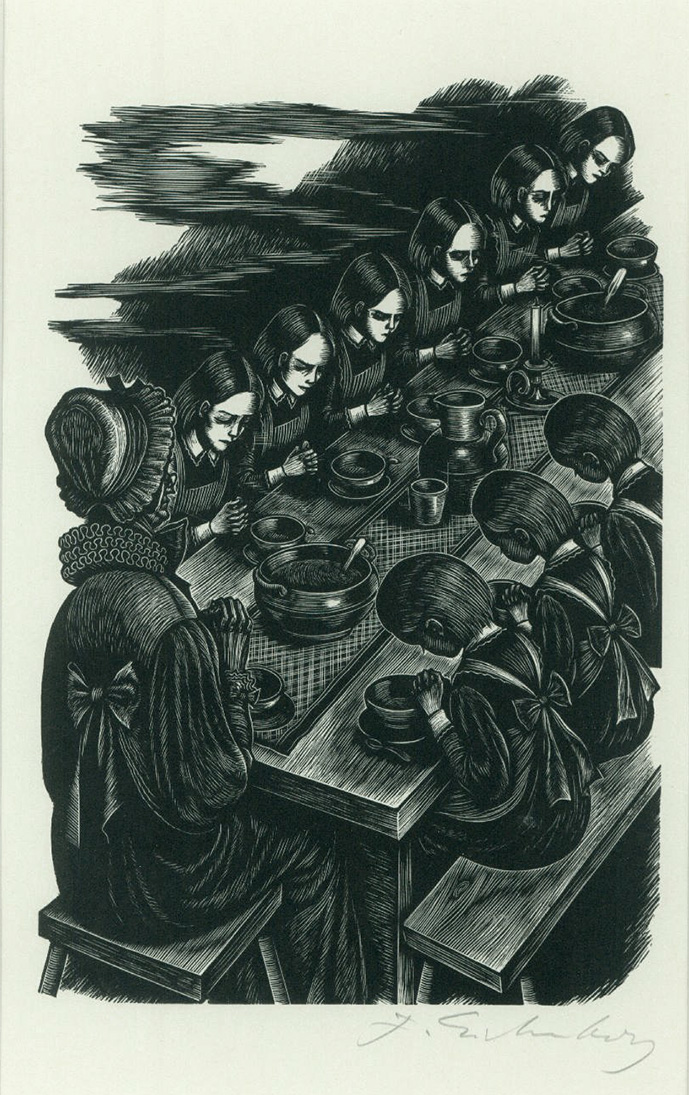