This lithograph by Jacob Landau measures 11 x 7 1/4 inches, printed on heavy weight paper with wide margins and is pencil signed, titled and numbered. Laudau used art as a means of communicating the triumphant and also the tragic challenges facing humankind which he witnessed first hand while growing up during the Depression, his service in the army and the profound affect the Holocaust had on him. He often presented these unpleasant topics in a way that emphasized the unlimited possibilities of peace and greater understanding. 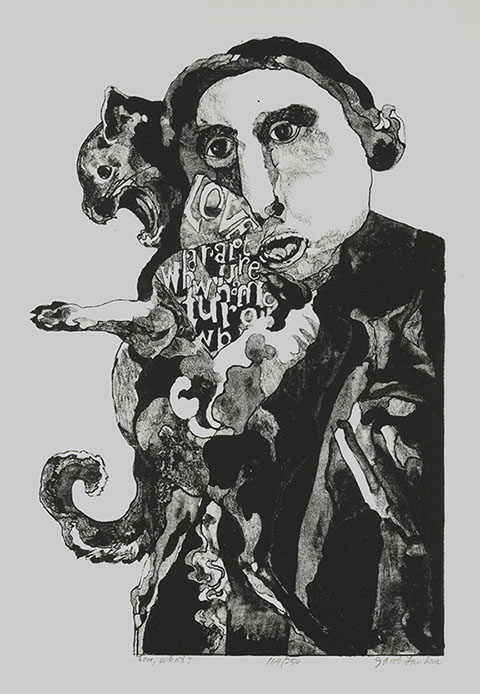 This is an original woodcut by American artist Jacob Landau.  The title of this work is "Horses",it is signed lower right and inscribed as "Artists Proof", this was created and printed in 1969 in an edition of 50.  The image measures 15 1/2X14 1/2 inches, printed on a hand made Mulberry Paper.  "Jacob Landau was born in Philadelphia, Pennsylvania on December 17, 1917. Landau began drawing at the age of three, and when he was 12 he began studying at the Graphic Sketch Club, now known as the Samuel Fleisher Memorial. In 1934 he won a competition in Scholastic magazine for his illustration for Kipling's Jungle Book. In 1935, Landau received a scholarship from the Museum School of Industrial Art to study illustration, printmaking and painting. After graduating in 1939 he moved to New York City, where he experimented with a variety of styles, treatments and media."(Annex gallery) 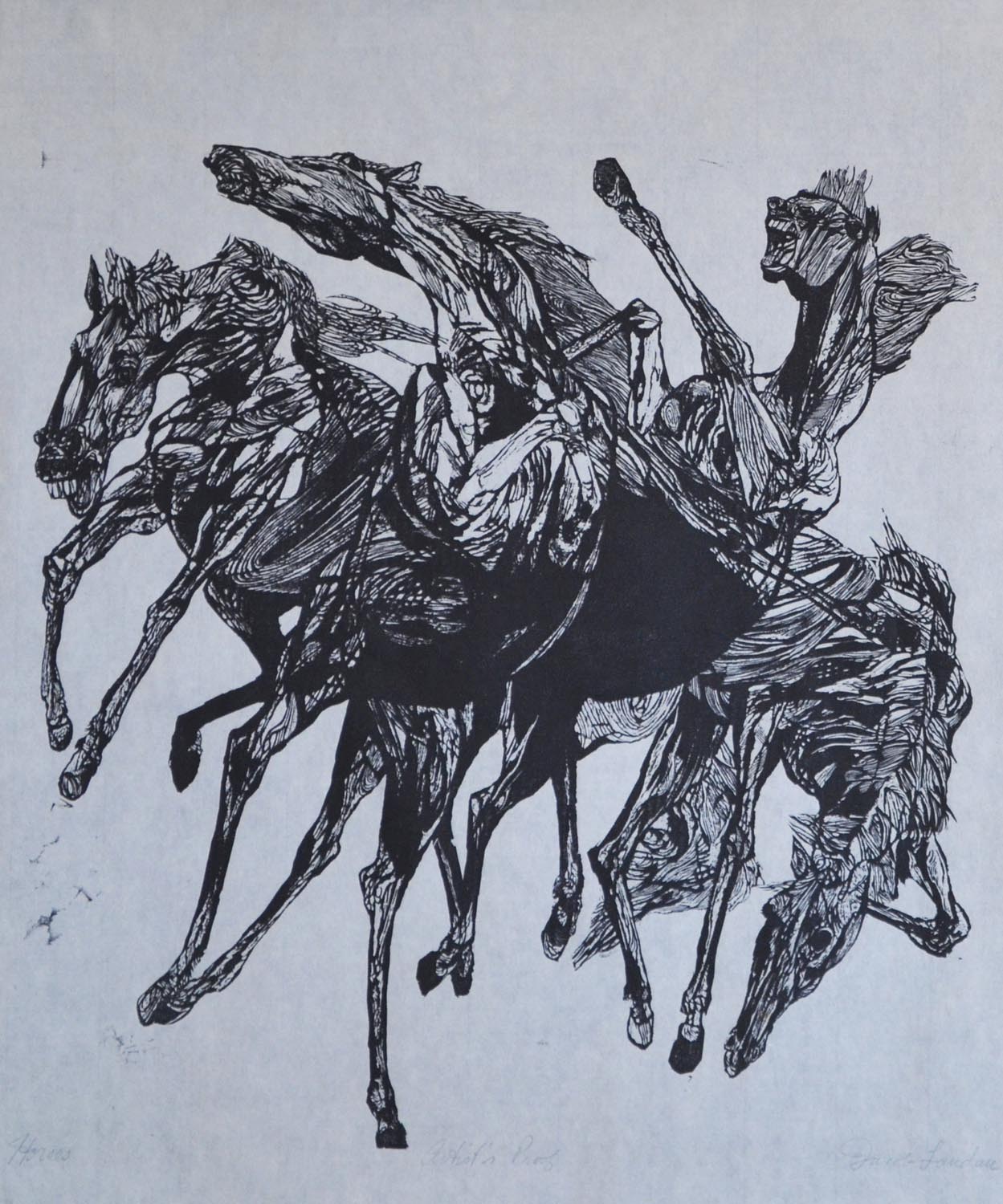