A whimsical scene by Prentiss Taylor created in 1950. It is pencil signed, dated, numbered and titled on the lower margin. Taylor was an illustrator, lithographer and painter studying at the Corcoran Gallery of Art and then at the Arts Student League in NYC. In the 1930's he fell in love with lithography and concentrated on that medium for the remainder of his life. He depicted realistic and narrative scenes reflecting his personal interest in music, architecture, religion and social justice. 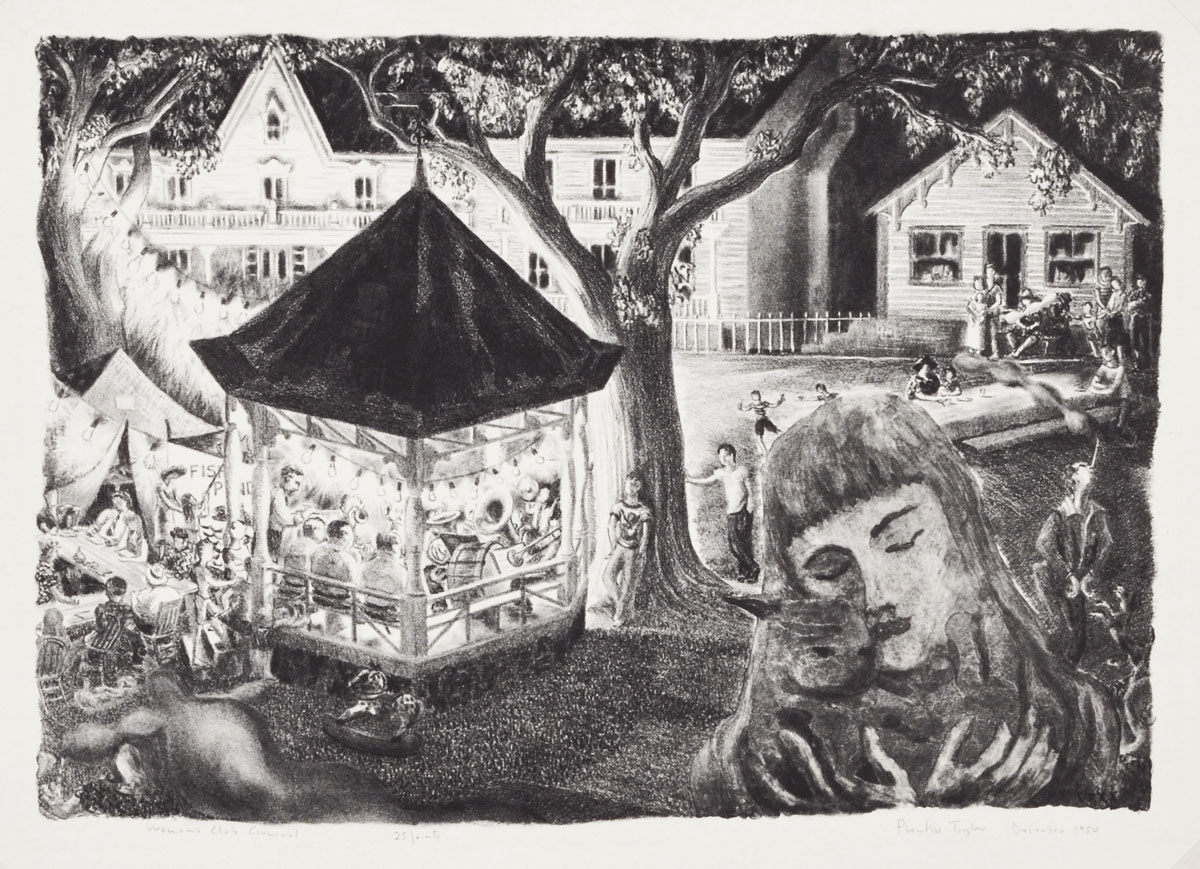