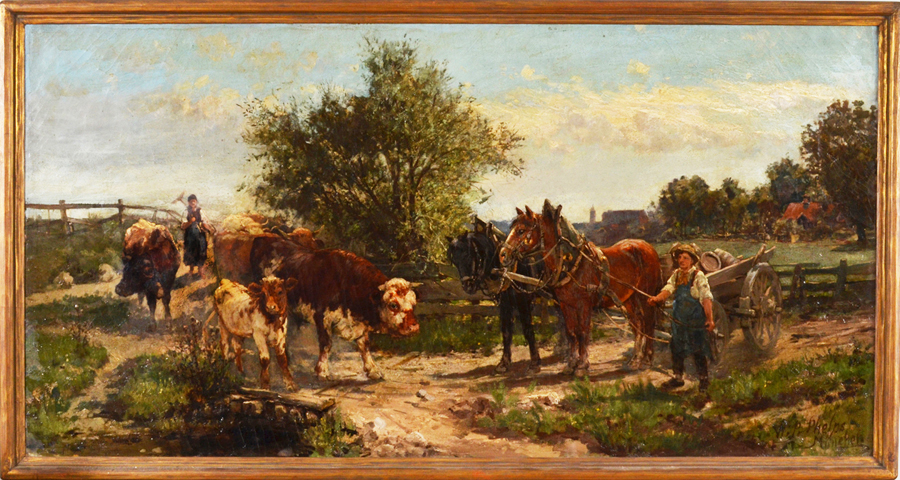 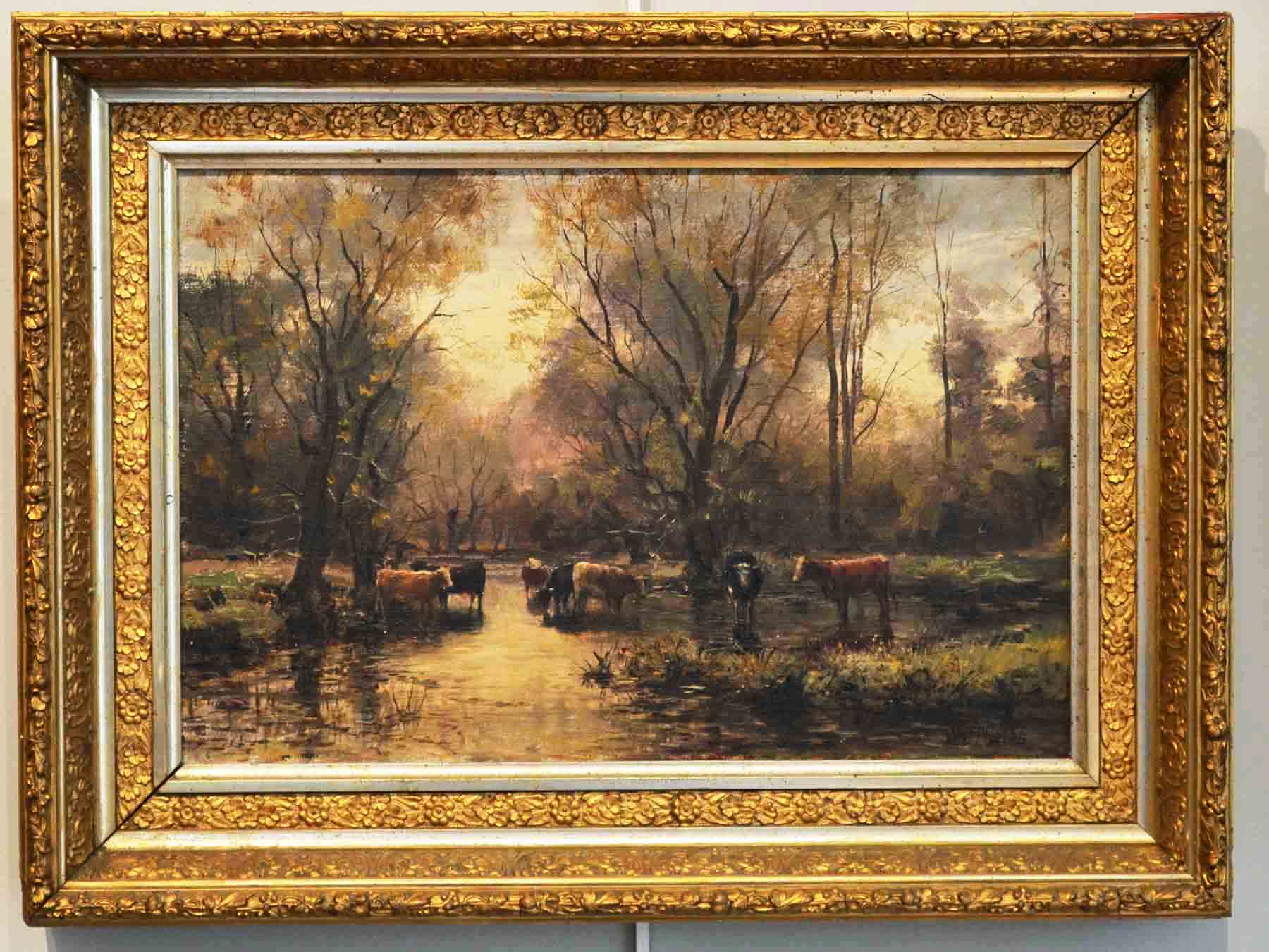 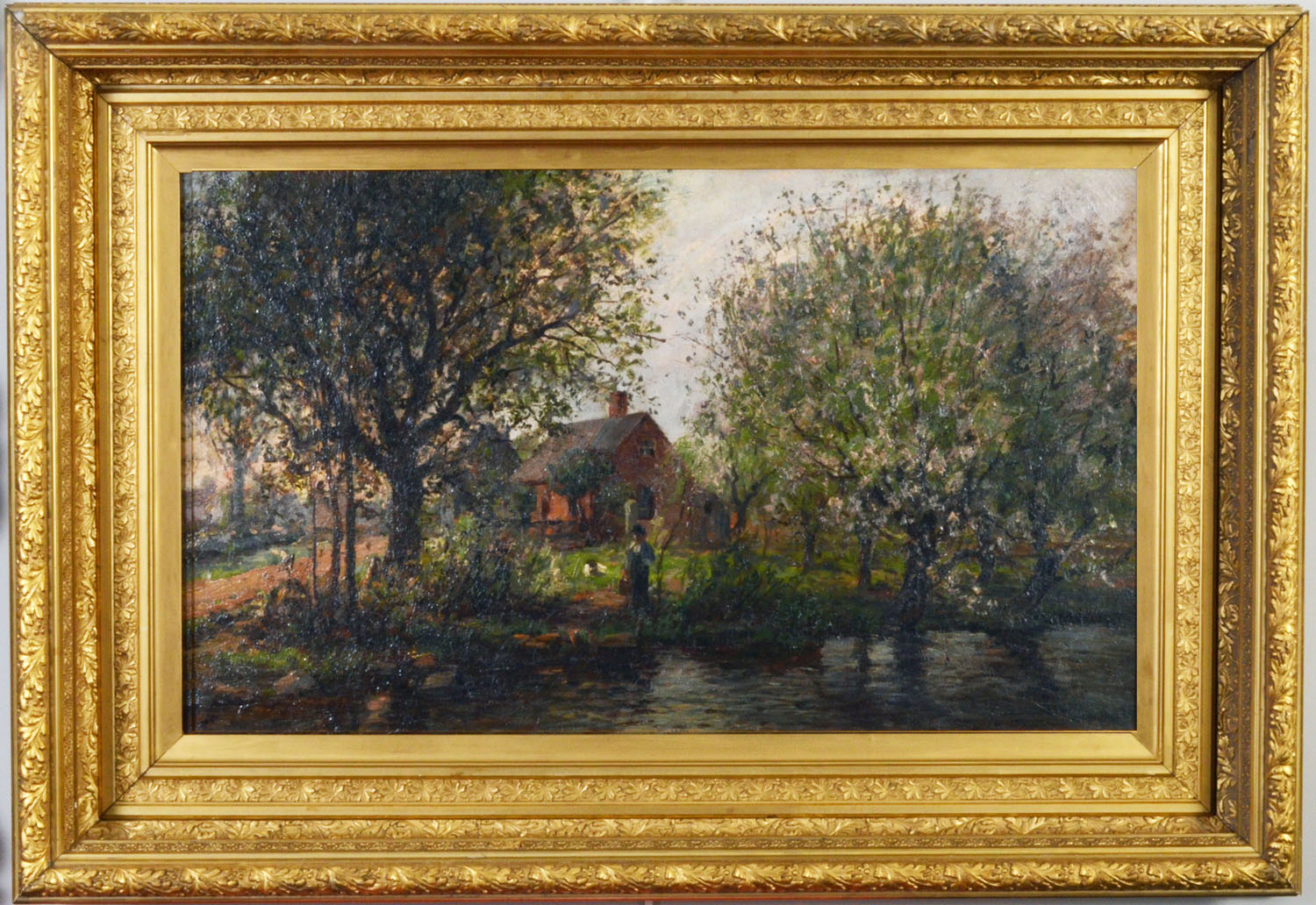 This is a very fine original oil on board painting by Monadnock artist William Preston Phelps.  This 19th century view of a Wooden Bridge, in the forest surrounding Mount Monadnock  in  Dublin,  New Hampshire.  This painting measures 12 1/4X22 1/2 inches.  It is clearly signed lower center, "W.P.Phelps".  The painting came to us in what appears to be the original gilt frame.  The painting and frame are in wonderful original untouched condition.  We date this work to be circa 1890's.  A beautiful summer scene in the wooded forest of New Hampshire. 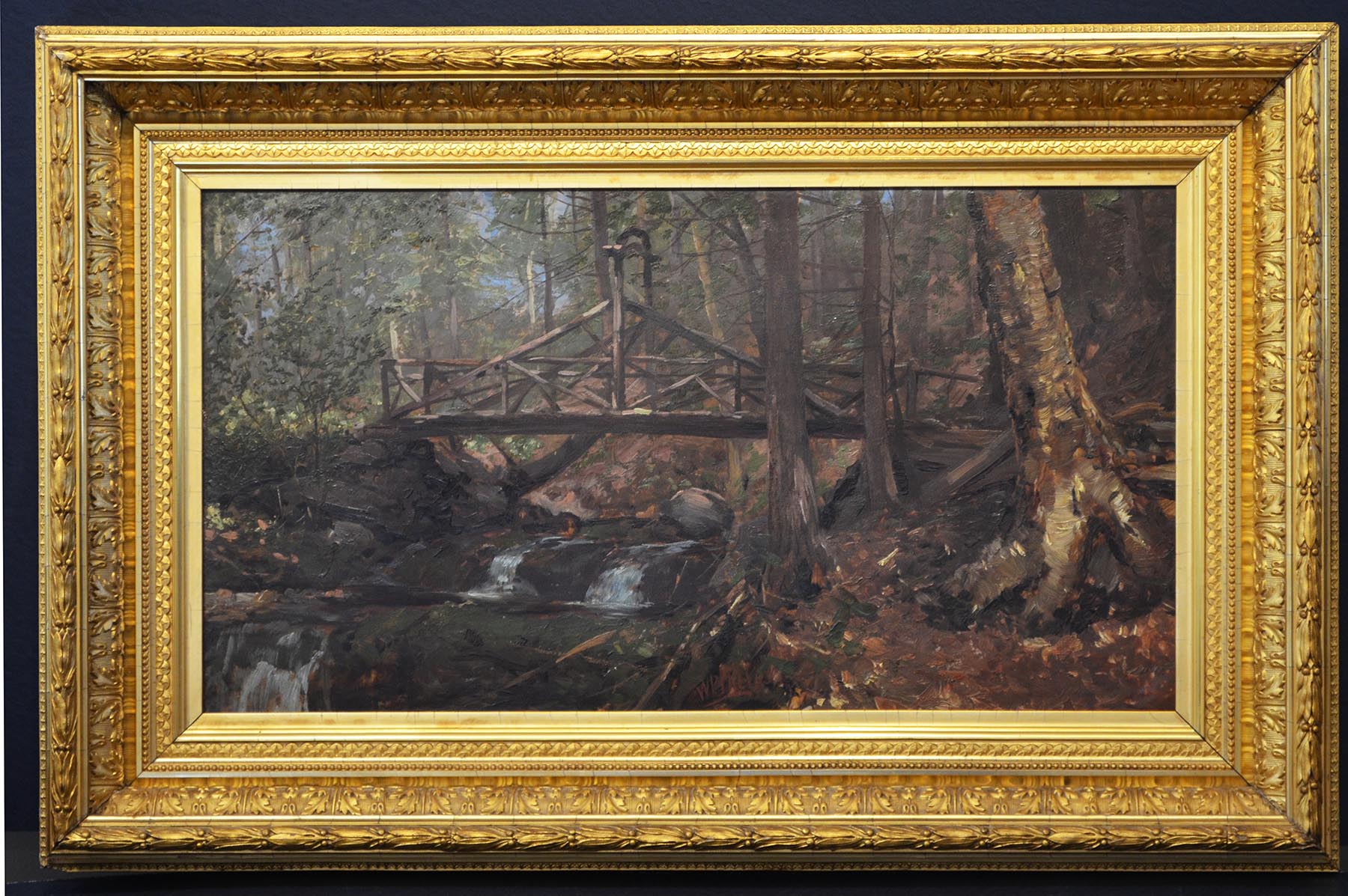