Attributed to Paul Sandby. Painting measures 5 1/2 x 7 3/4 inches. 1800's. A vibrant and energetic painting despite the gray palette. Paul Sandby, the brother of Thomas Sandby, was an English engraver and painter. He began his artistic career as a landscape painter and draftsman for the Scottish military. As a printmaker, Sandby popularized the use of aquatint, and was considered to be the father of British watercolors. In 1768 the brothers were both among the twenty-eight of the original members of the Royal Academy. 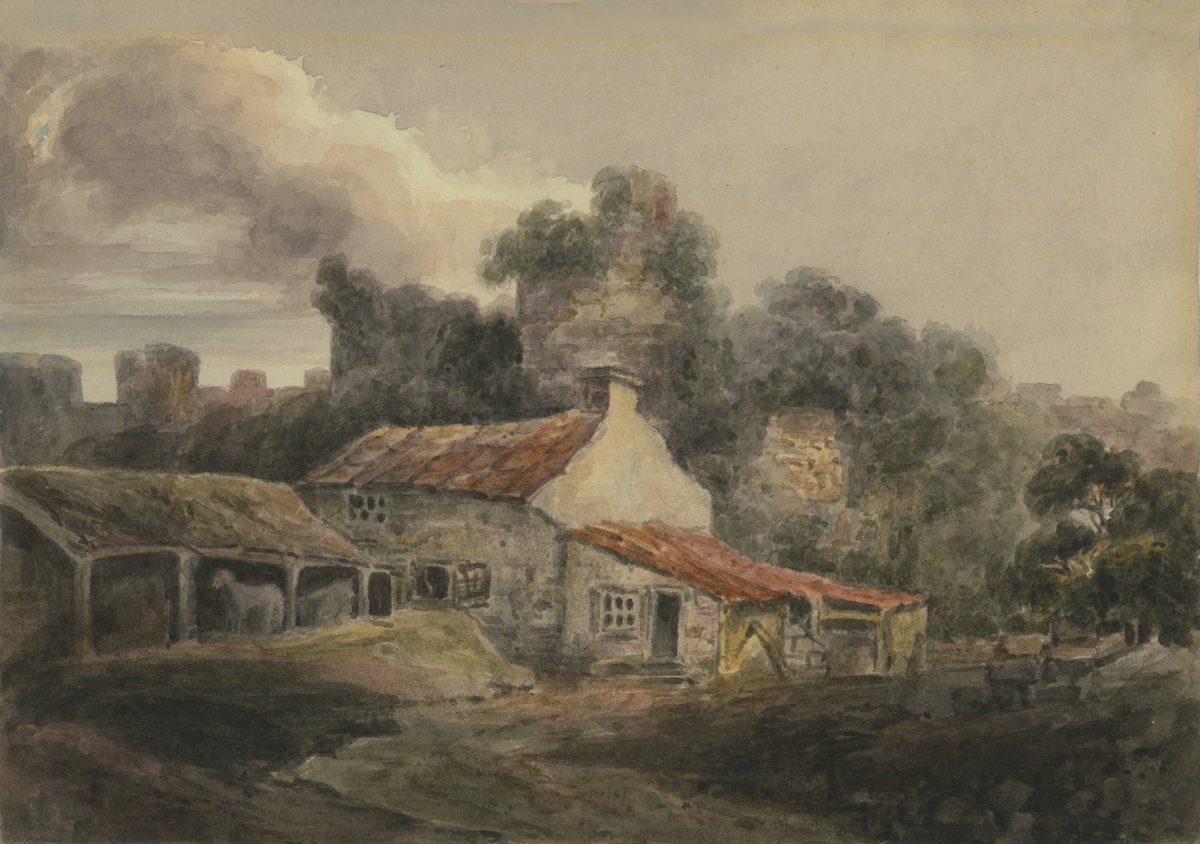