This pencil drawing by Jack Levine measures 5 1/2 x 5 inches. It is pencil signed on the lower right. Levine was best known for his satires on modern life and political corruption. Born in South Boston into a large family, his drawing abilities were apparent at an young age. At 14 he entered a painting program at Harvard and a few years later was employed in the Works Progress Administration. His lower class childhood was often a subject of his paintings and he became known for "telling it like it is". 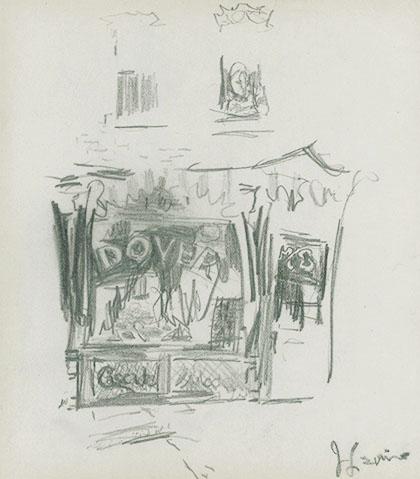