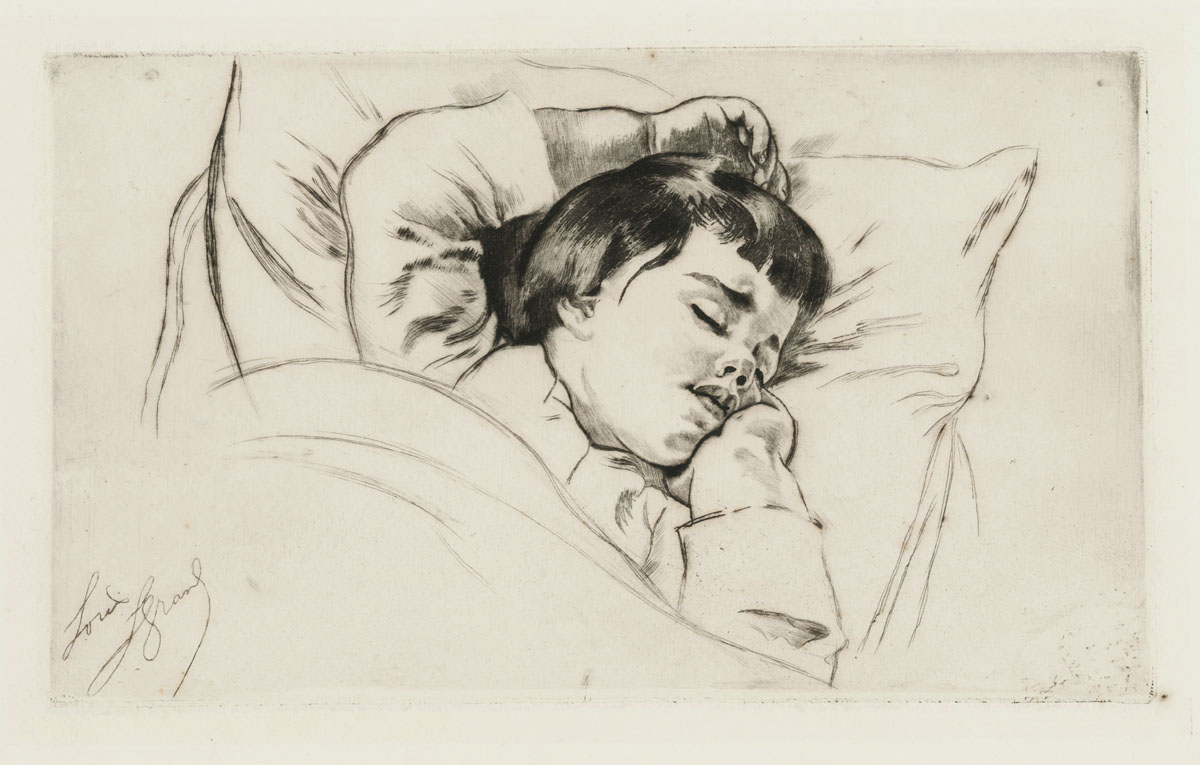 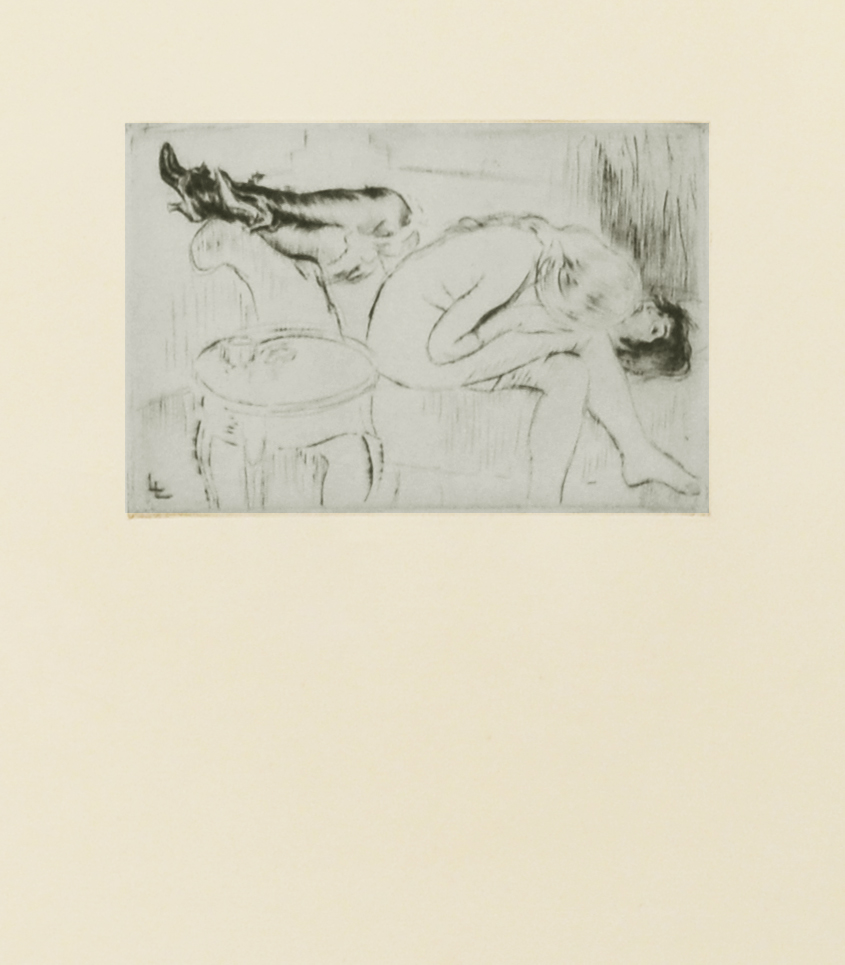 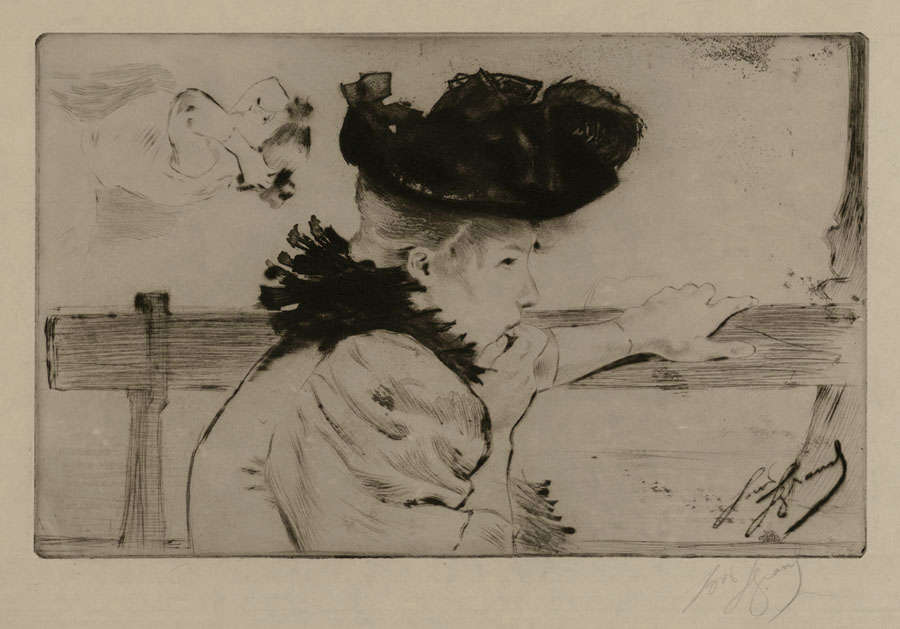 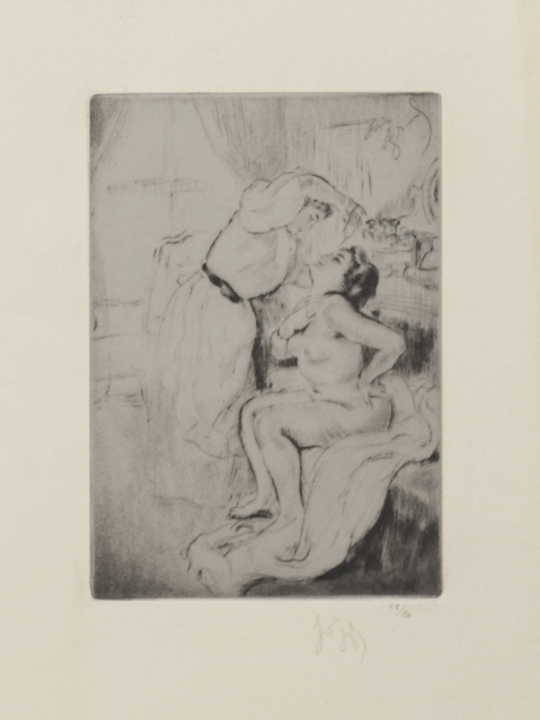 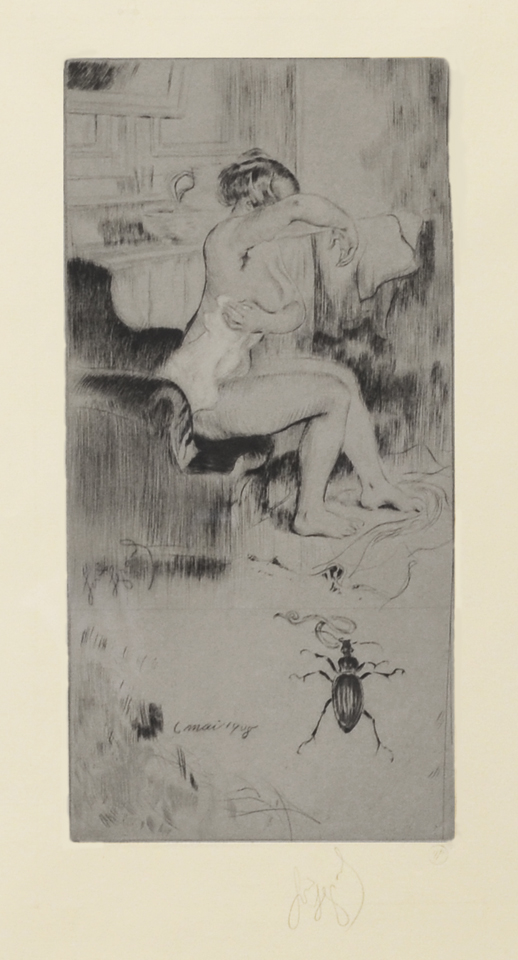 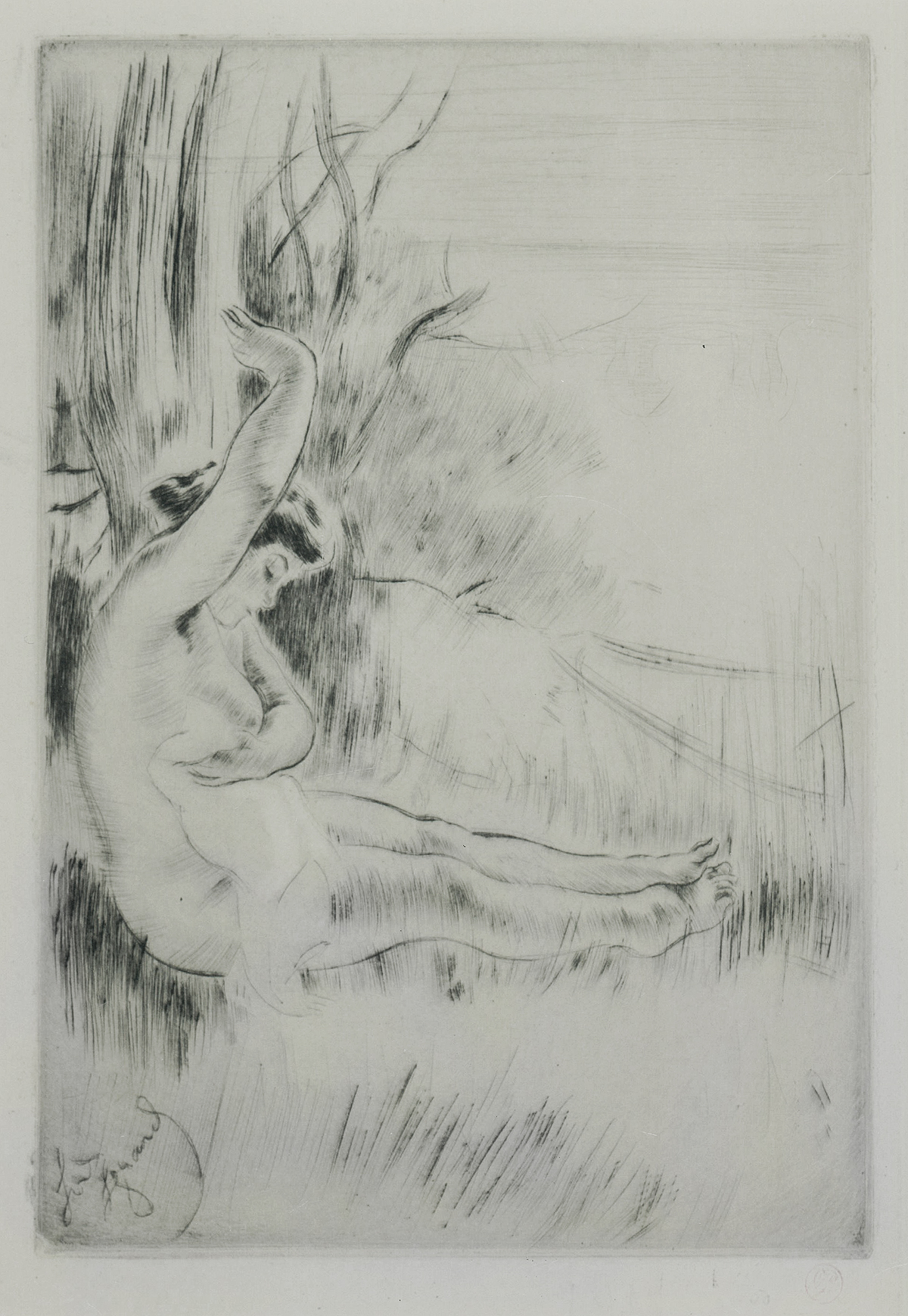 This is a very fine original etching with beautiful plate tone by French artist Louis Legrand. The image size is 5 7/8 x 8 1/4 inches, published in 1911 in an edition of 50 impressions, cat: Arwas- 426, state II/II, pencil signed. 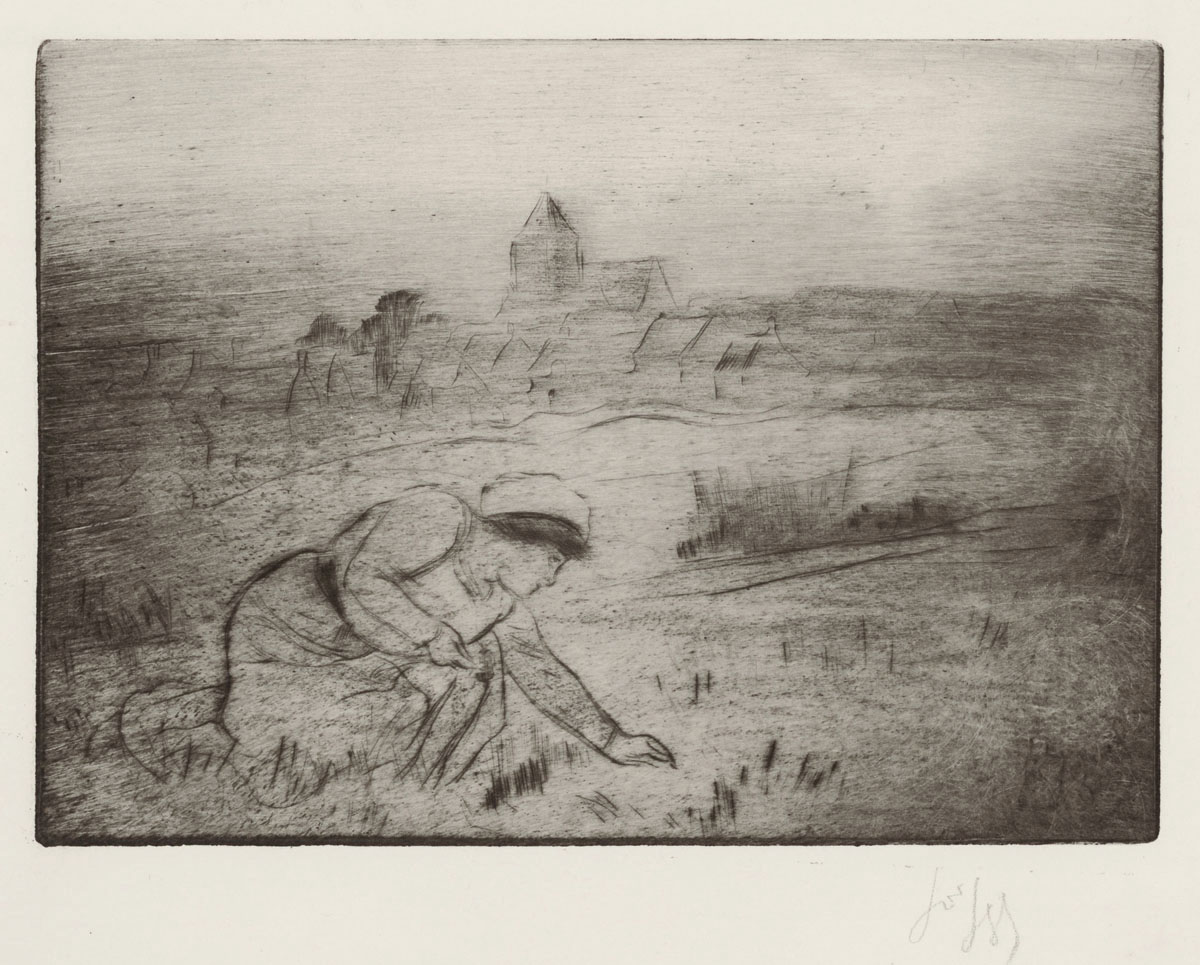 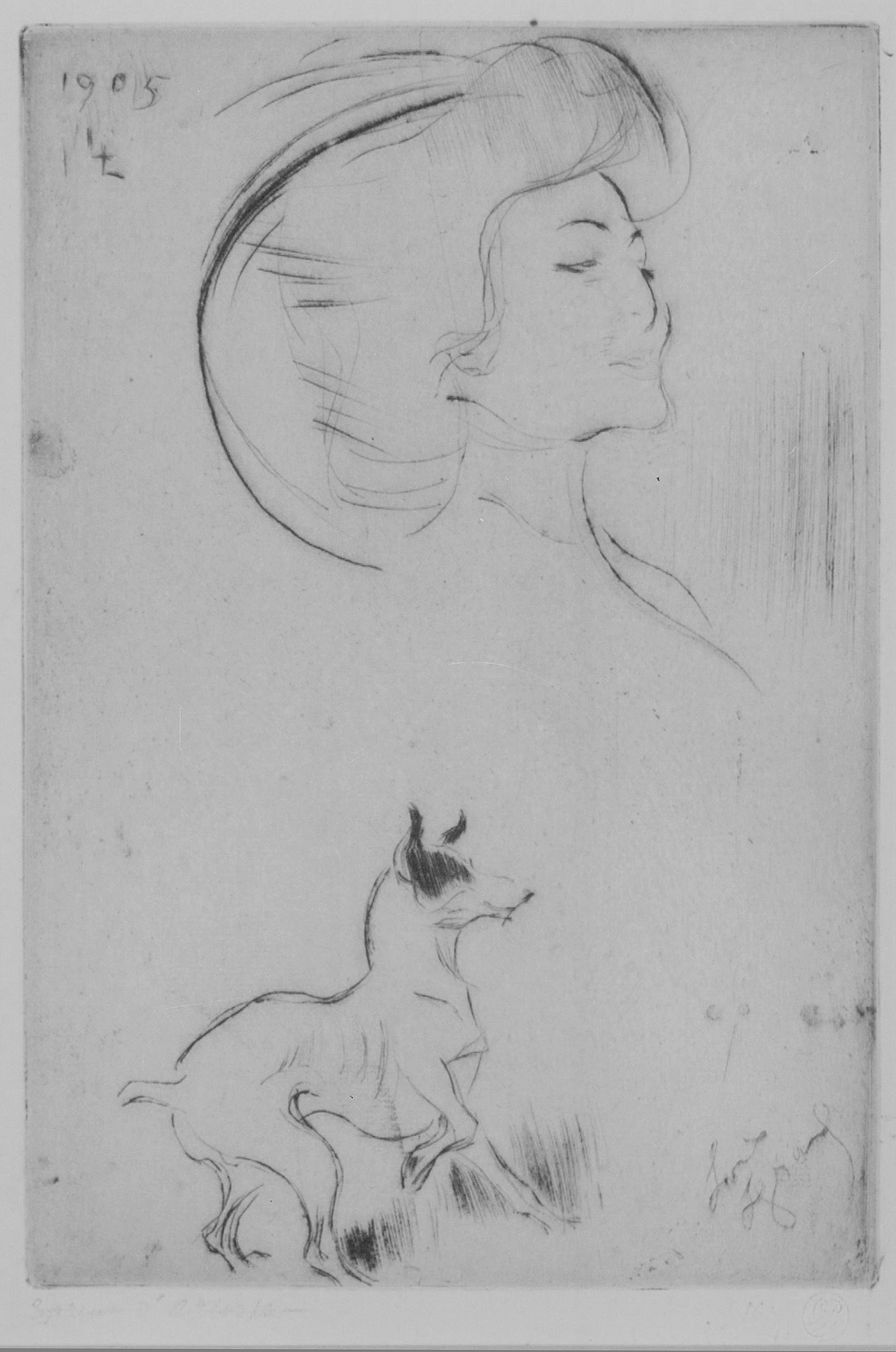 Etching, aquatint, and drypoint. IV/VII state. April 1st, 1908. Catalog: Arwas 363. Seven states. Plate signed in the upper right, pencil signed and numbered in the lower right. Collector's stamp in the lower right. Numbered 89 in an edition of 100. Image size measures 15 3/4 x 11 1/4 inches on 20 1/4 x 14 1/4 inch wove type paper. A dramatic, ethereal print with a wide tonal range, using light to convey that the dancer is about to go onstage. 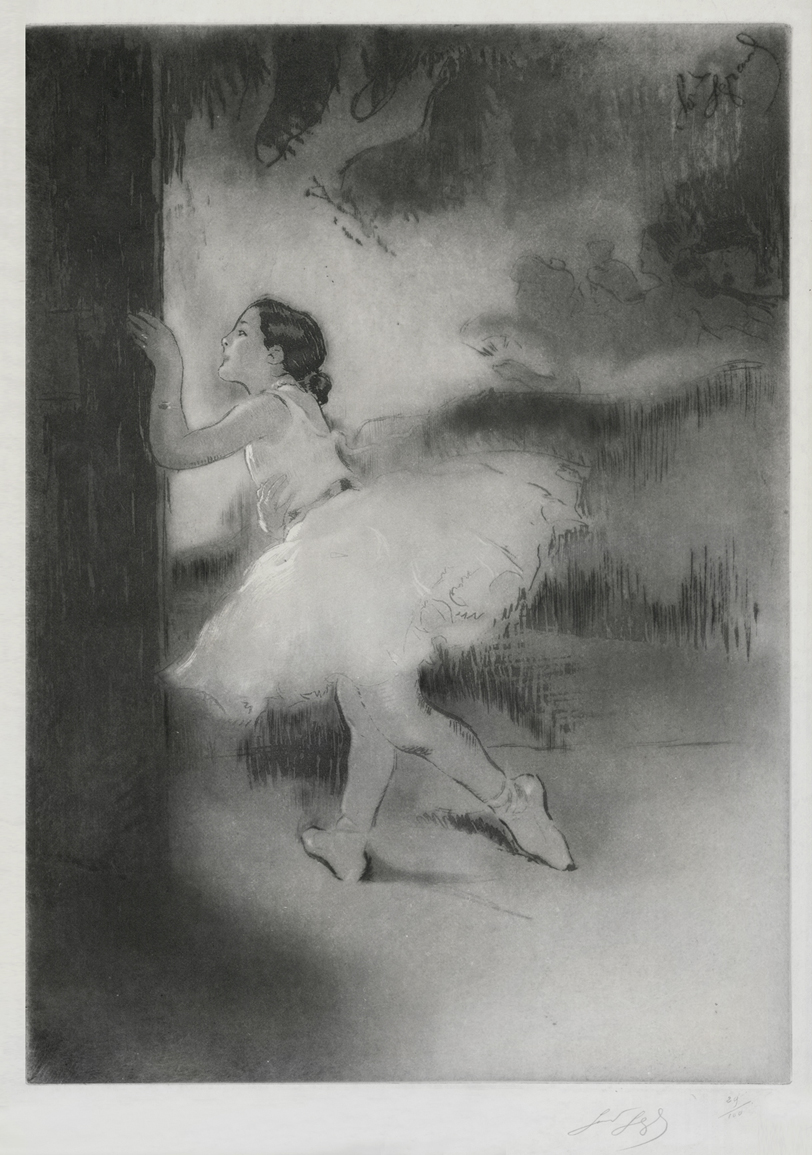 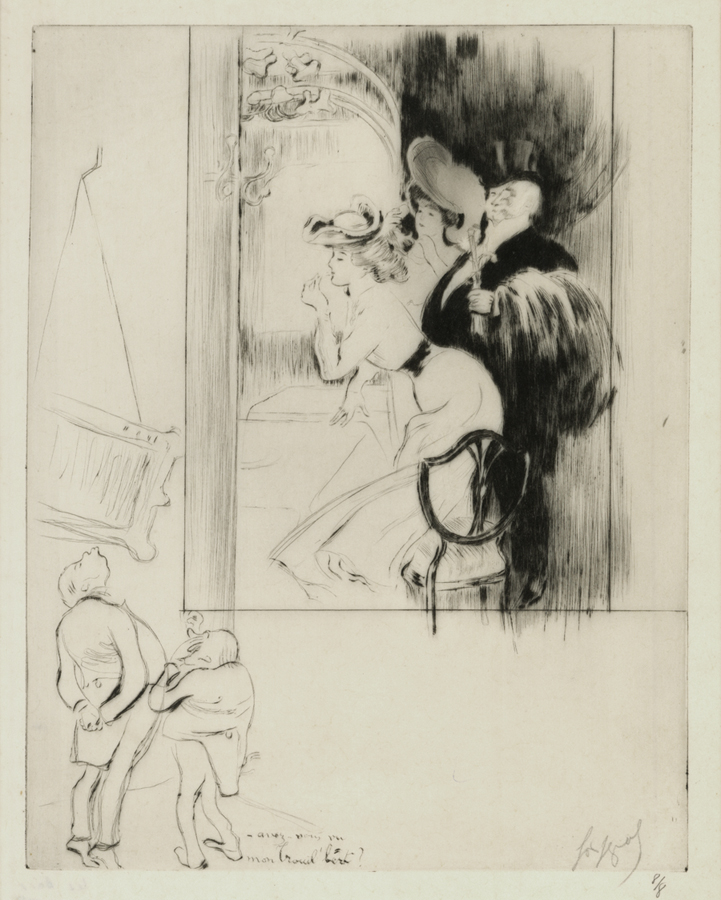 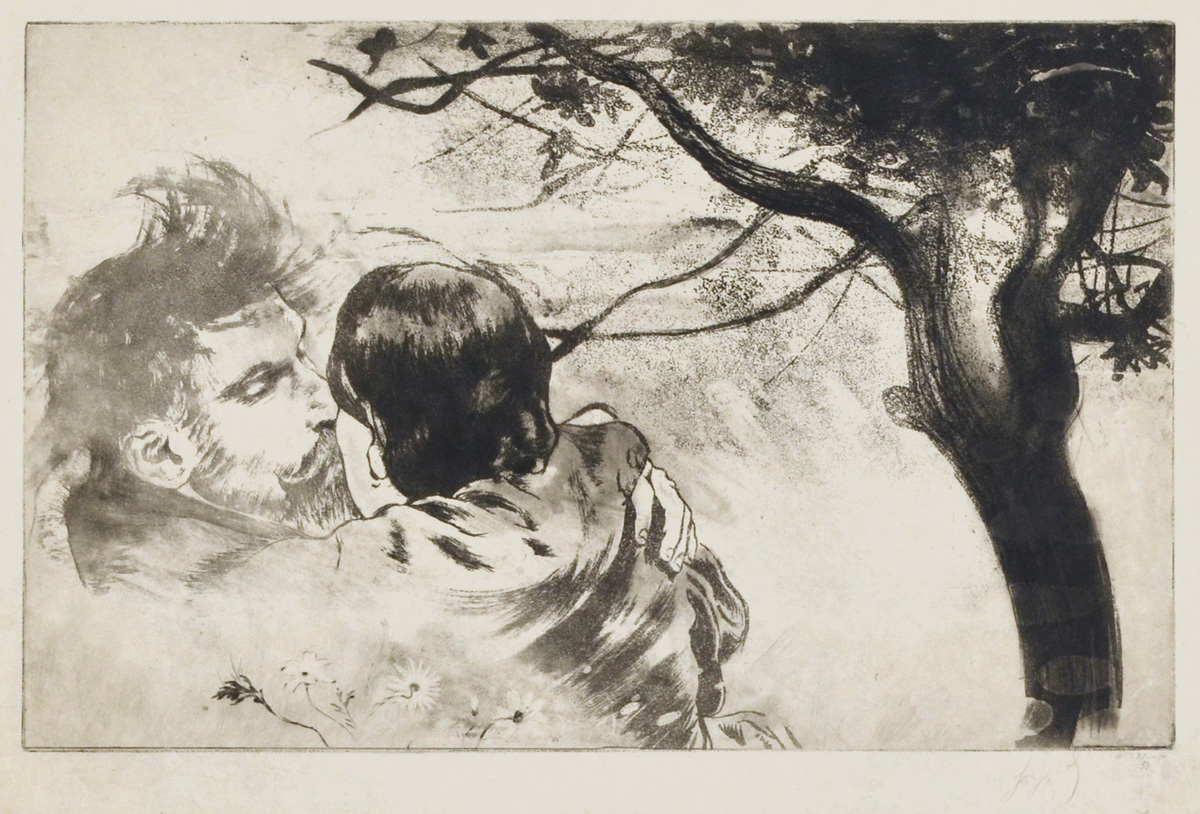 This is a delicately colored image of a young mother and her son in front of a stained glass window in a very classically styled composition. Etching and aquatint, image size 8 x 5 5/8 inches, c. 1898, state VIII/VIII, cat: Arwas- 153, plate signed in the upper left corner of the image. 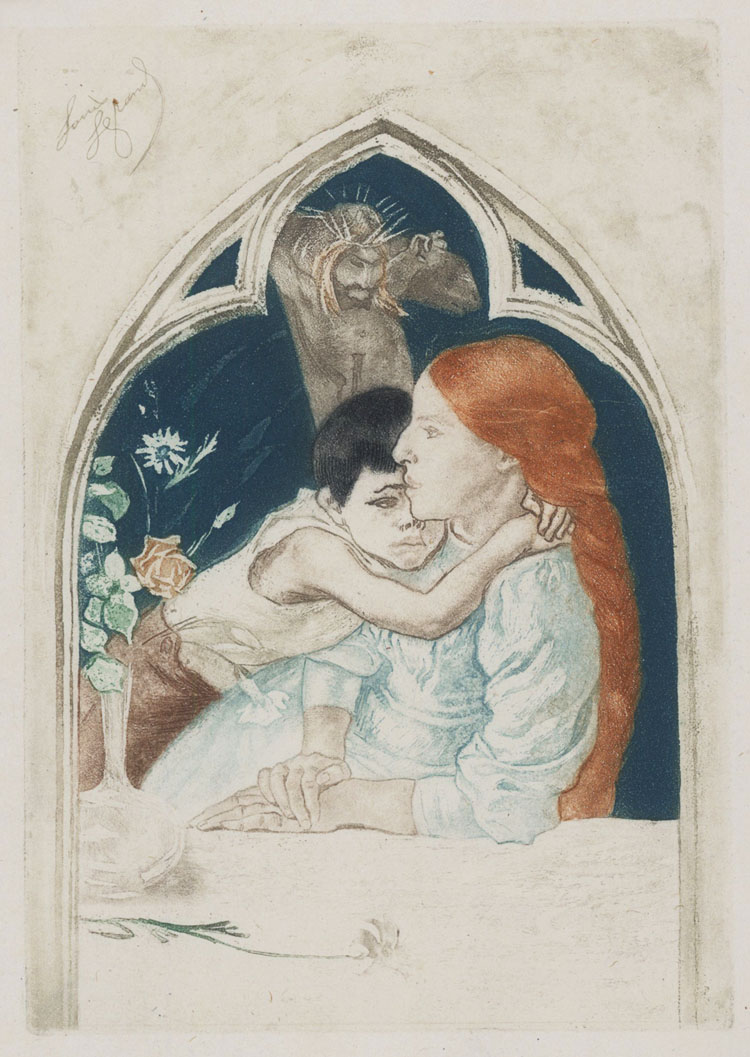 This is an original etching and aquatint by French artist Louis Legrand.  This etching is titled: "La Fille a sa tante", the girl with her aunt....This etching was created and printed in 1893 in an edition of 100.  It came from his series "Les Petites du Ballet", (the Little ones of Ballet).  The image measures 14 1/4X8 3/4 inches.  Printed on a medium weight wove type paper, pencil signed lower right border.  This image appears in the Arwas catalog as image number 77. 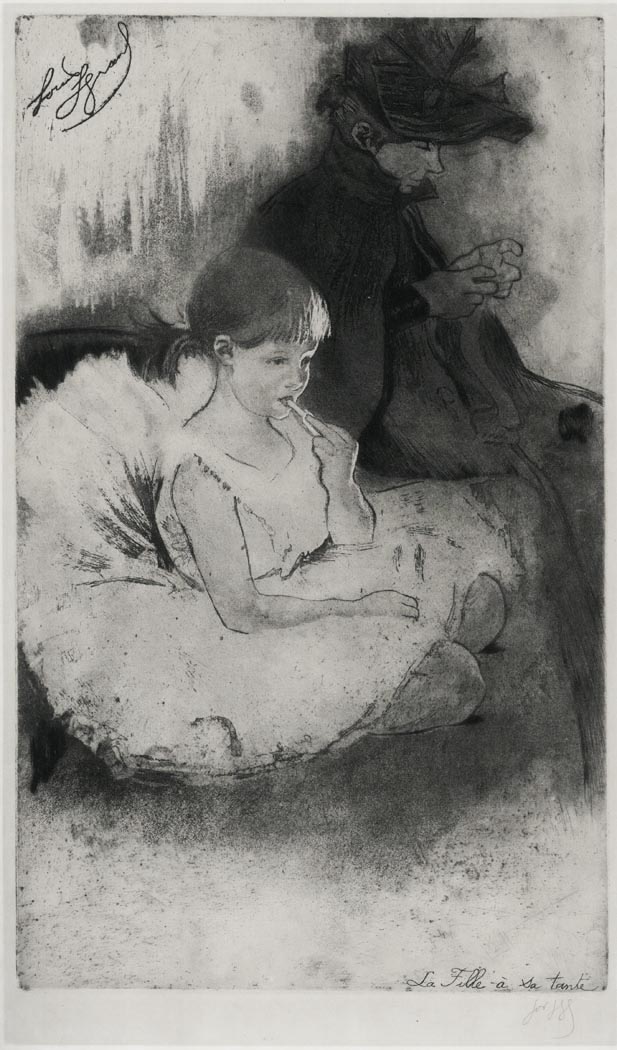 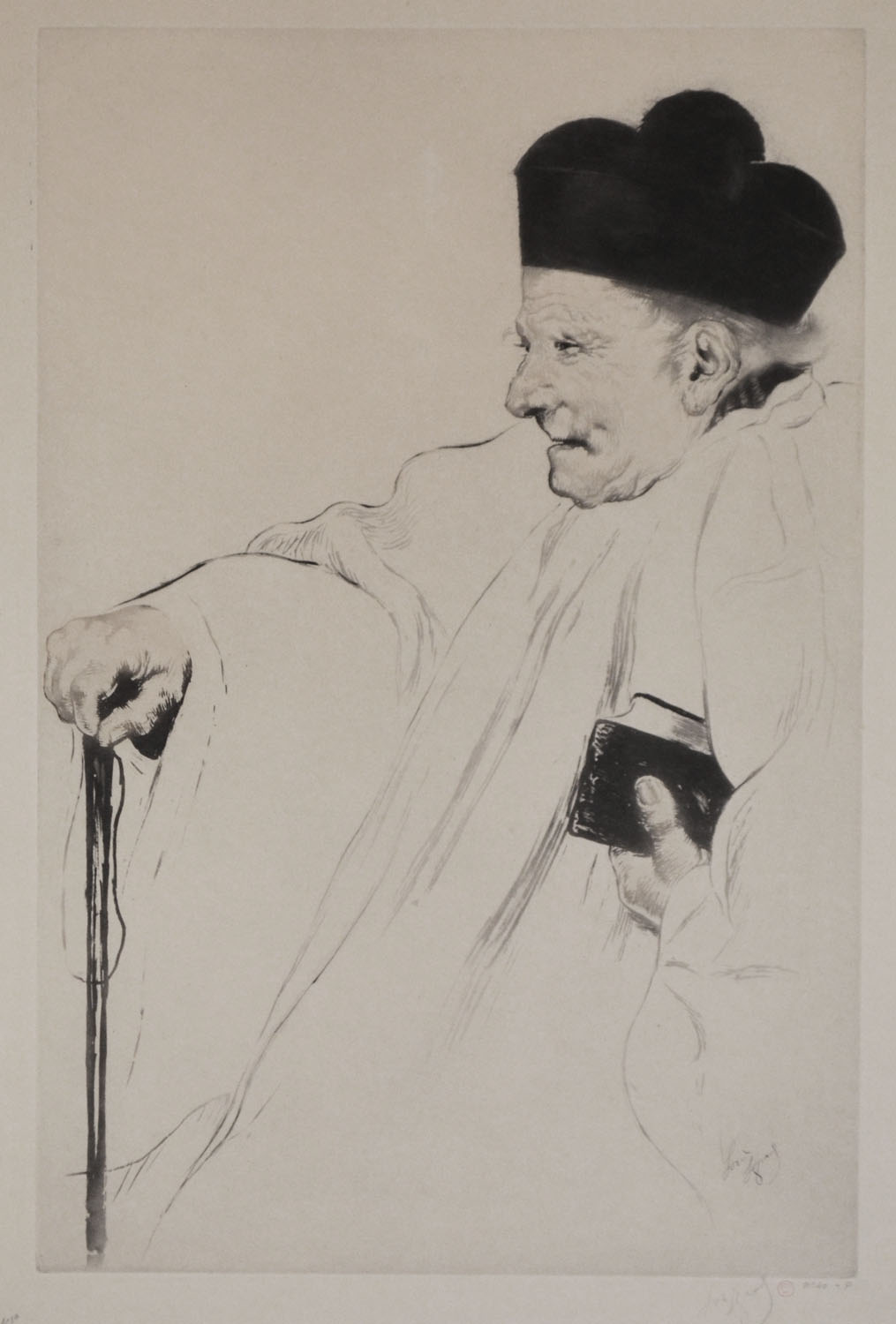