This original etching by Paul Paeschke measures 6 1/4 x 8 3/4 inches and is pencil signed. Paeschke studied at the Academy of Fine Arts in Berlin under Karl Kopping. He traveled extensively through Germany and other European countries. He mainly depicted the busy inner-city streets of Berlin and other cities and so he became an important chronicler of public life during the early 20th century. Paeschke created numerous masterly etchings, which can equally be placed next to the graphic works of Max Liebermann, Max Slevogt or Lesser Ury. 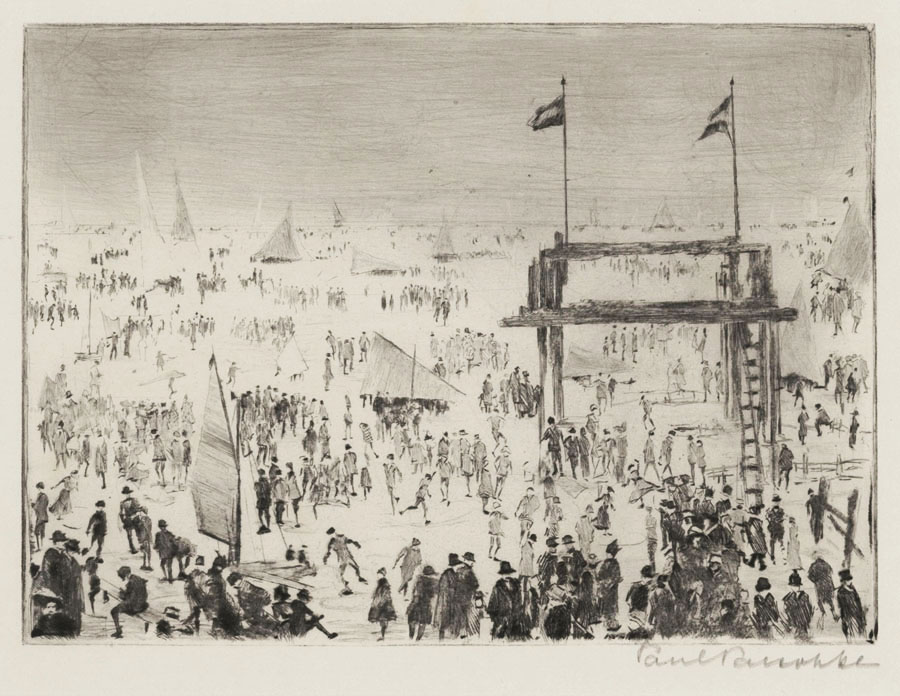 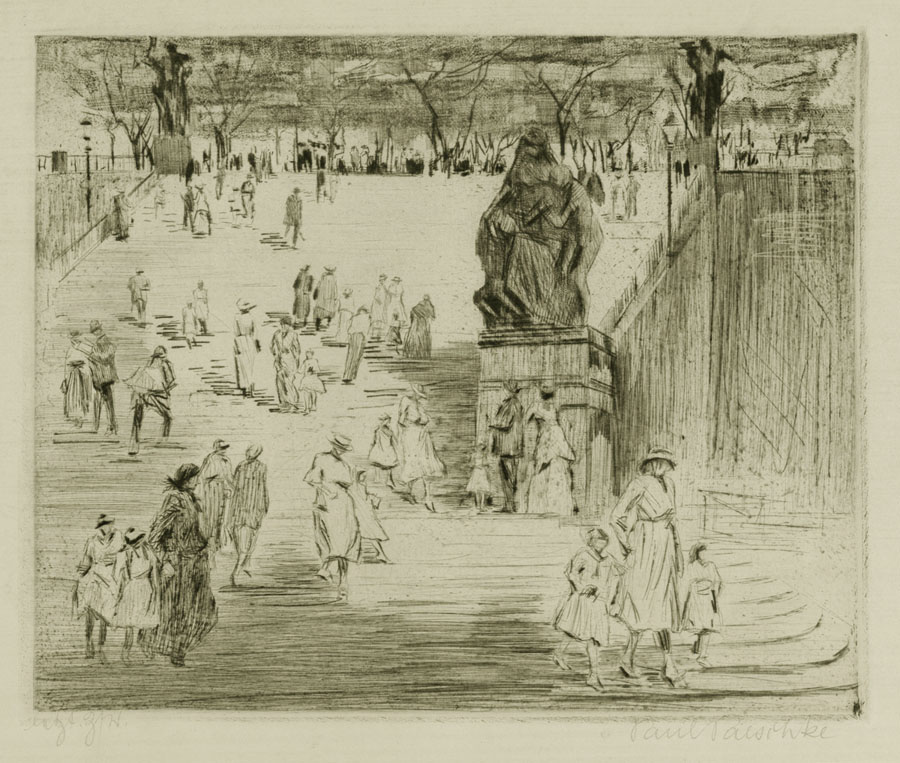 This is an original drypoint etching by German artist Paul Paeschke, circa 1920 this etching is titled: Spazierganger im Grunewald (Walkers in the Grunewald)  It is pencil signed lower border and has an image size of 51/2X7 1/2 inches, printed on a medium weight wove type paper. 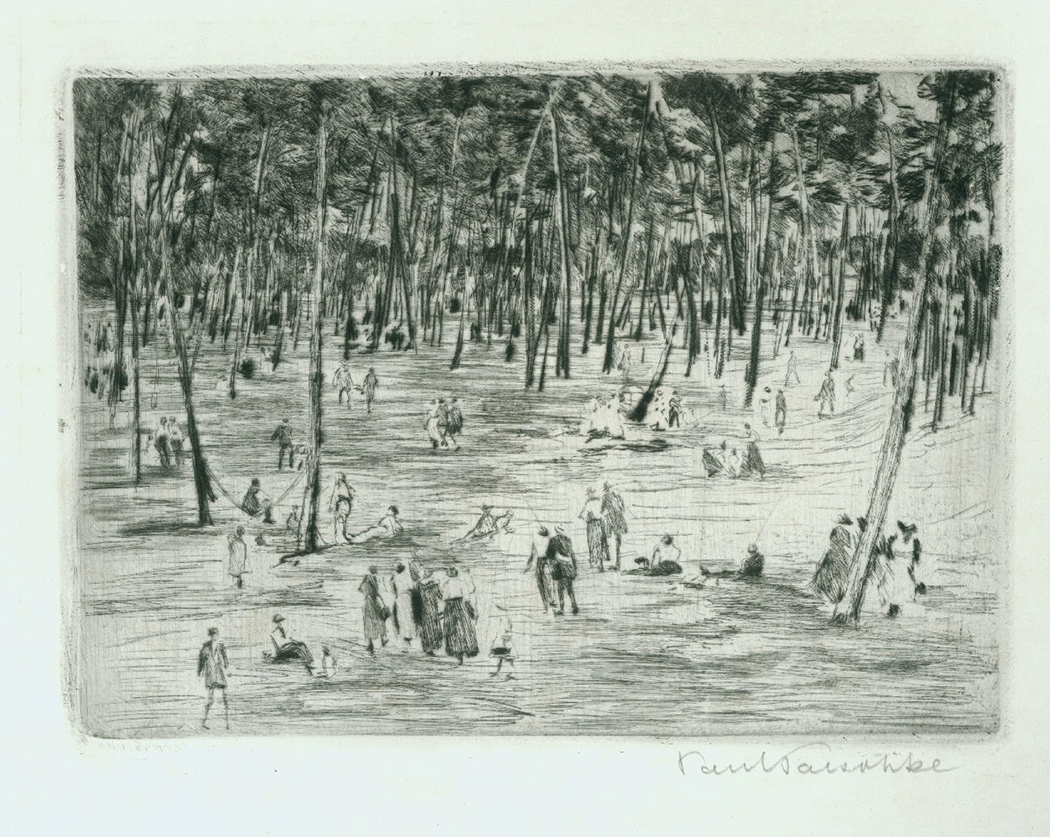