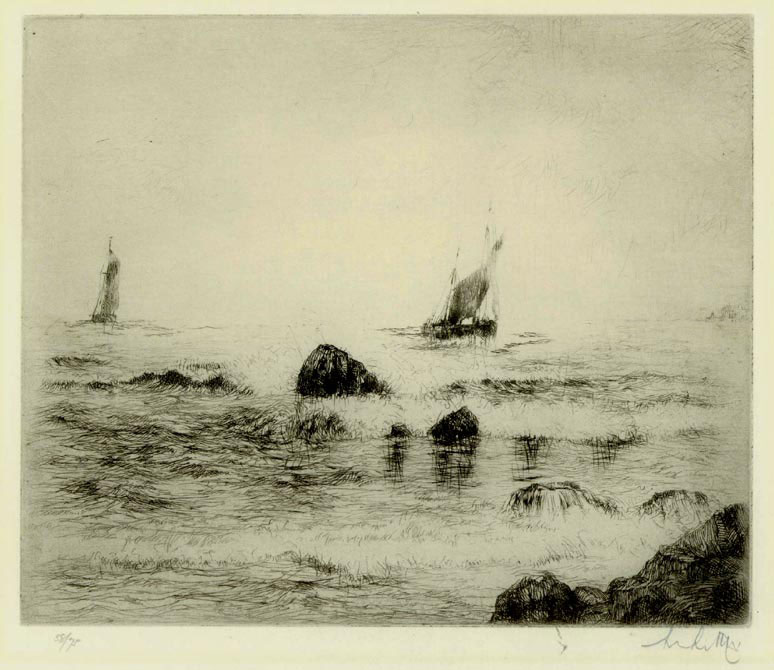 "Marshes" is an atmospheric landscape by Sydney MacKenzie Litten done in an edition of 80. It measures 7 7/8 x 14 3/4 inches and is pencil signed on the lower margin. While attending the Royal College of Art in London, Litten became a pupil of Frank Short, who is credited with the revival of the messotint and aquatint process in England. Litten became well known for his landscapes and their sense of space and his architectual views. Living in London he became the Senior Master at the St. Martins School of Art. 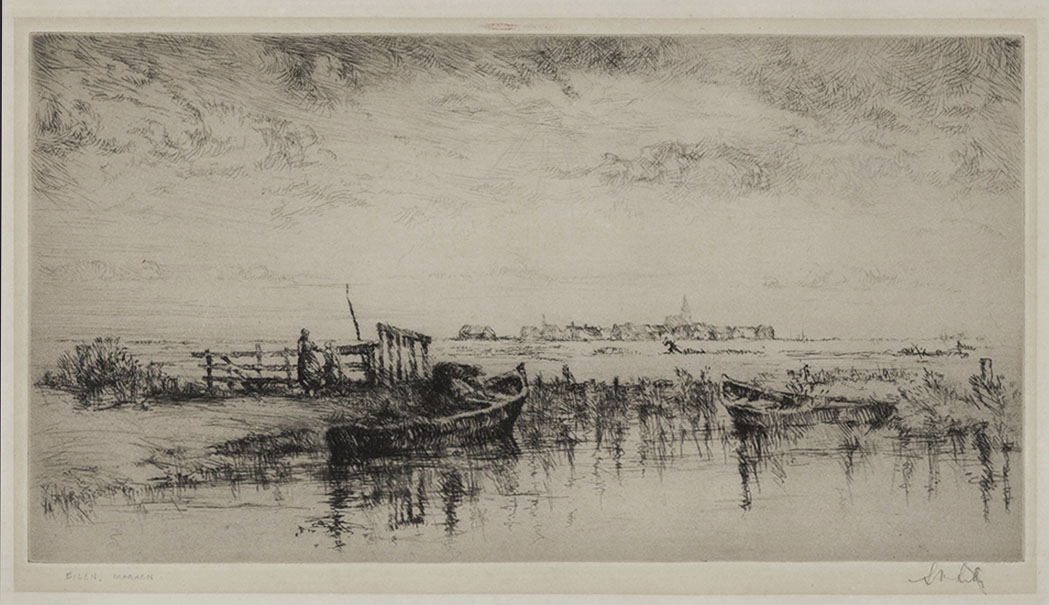 The Gate of Justice, Granada 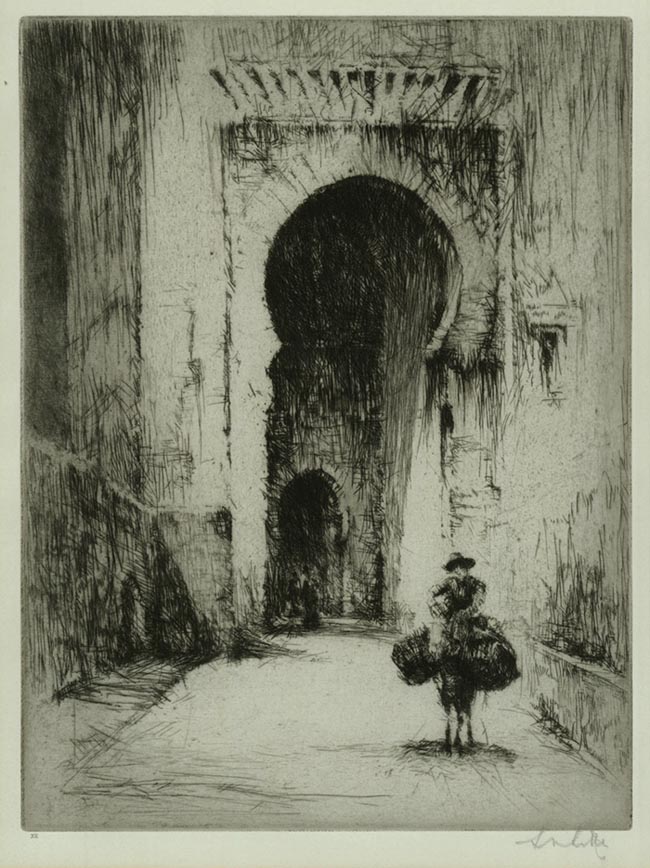 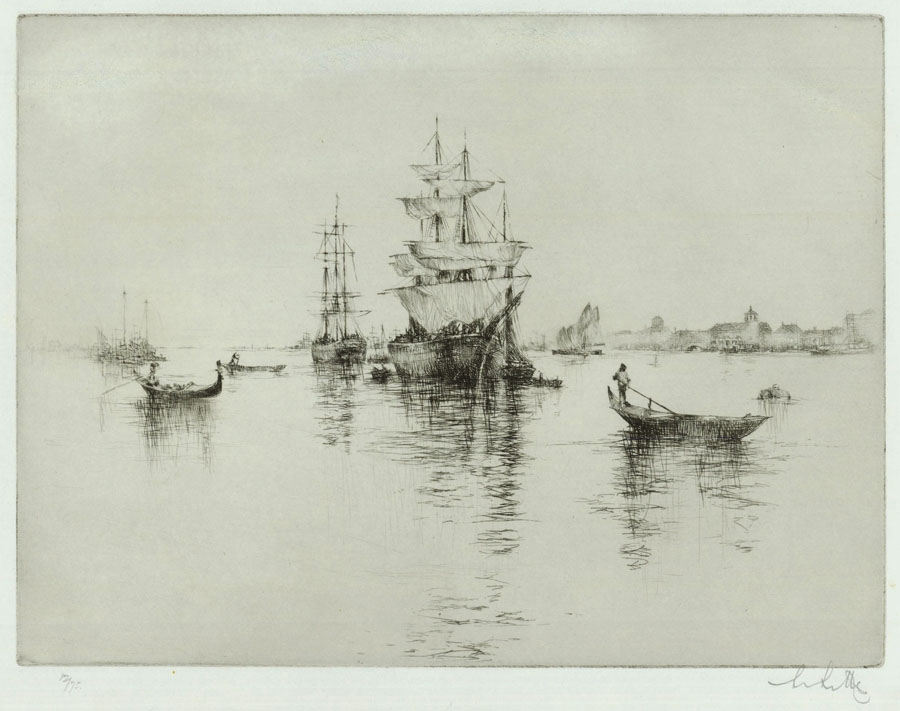 This is an original etching by British artist Sidney Litten.  It is titiled: Ponte dei Tre Archi, Venice, it was created and printed circa 1920.  The image measures 11 3/4X8 3/4 inches.  Pencil signed and editioned as 2/80 in the lower border.  A fine use of plate tone to add depth to the water.  This etching is framed. 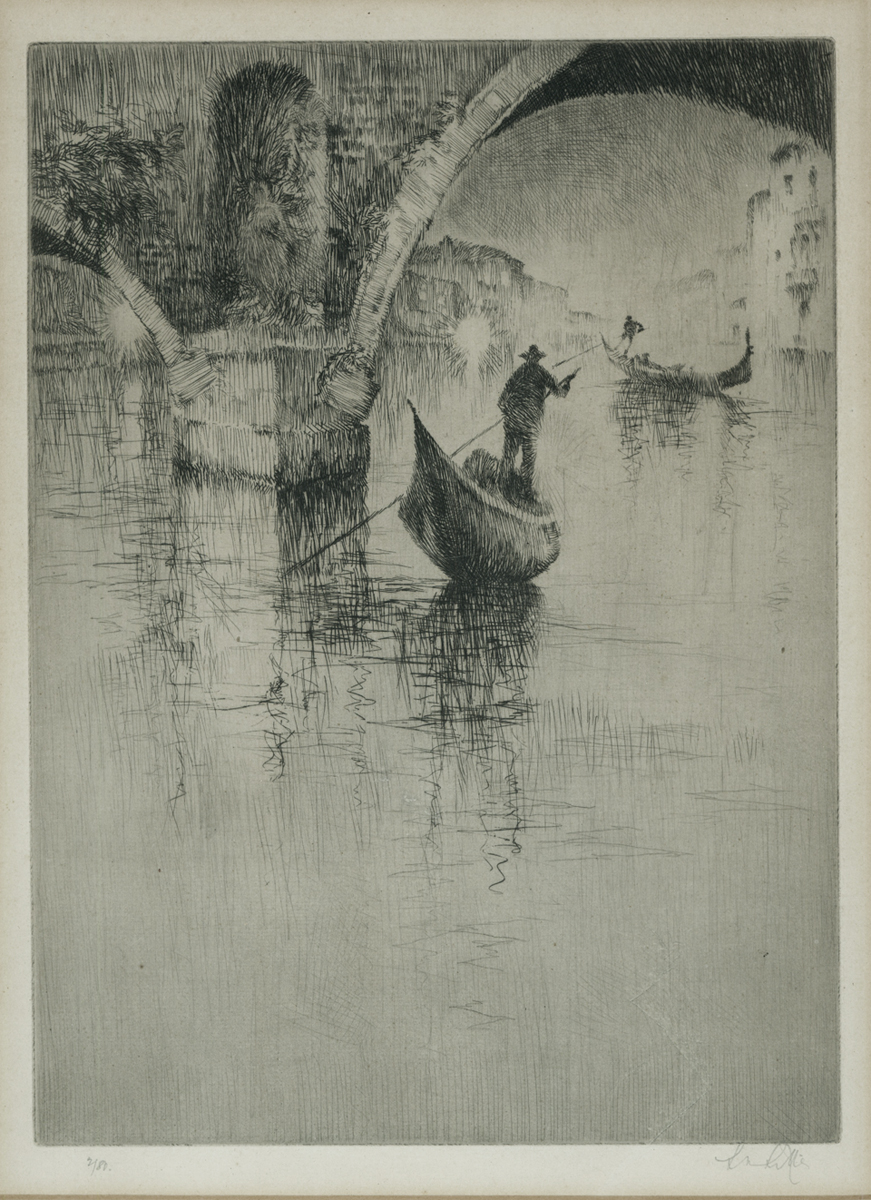