New Rochelle- Before the Wind

This is a very expressive, slightly abstracted etching by Bauhaus artist Werner Drewes, image size 13 7/8 x 10 7/8 inches, 1931, pencil signed, numbered and dated. Walter Drewes was a leader in the abstract movement of American art, and is often credited with bringing much of the Bauhaus aesthetic to America in the mid 20th century. Born in Germany, Drewes was drafted into the German Army at age 18 and served on the Western Front during WWI. After his military service, Drewes studied at the Bauhaus with Johannes Itten and Paul Klee, later with Wassily Kandinsky and Lyonel Feininger, then spent several years he traveling all over the world studying the work of the Old Masters. In 1930 Drewes moved to New York City, exhibiting his work often and teaching at the Brooklyn Museum School and Columbia University, then at the Moholy-Nagy School of Design in Chicago and the School of Fine Arts at Washington University, St Louis. He was also quite active with the 'Societe Anonyme', was a founding member of the American Abstract Artists, and served as the Director of Graphic Arts for the WPA in New York City. 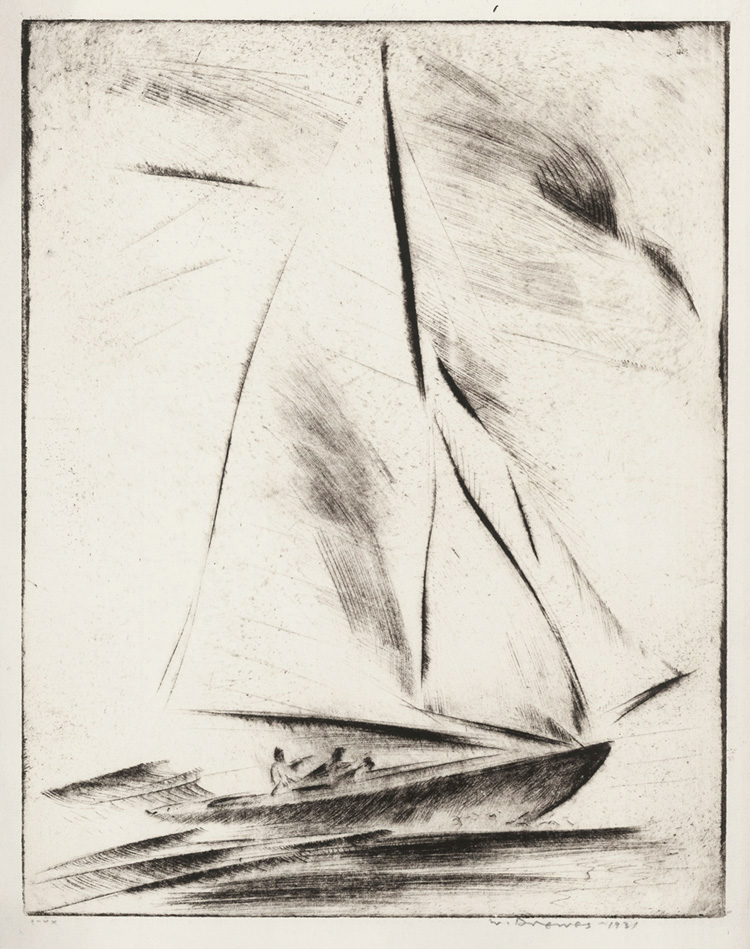 This is an original wood block print by American artist Werner Drewes.  It is a self portrait of the artist created and printed in 1971.  It is editioned as 22/40.  The image measures 18 1/2X11 1/2 inches.  Pencil signed by the artist, printed on a medium weight japan type paper. 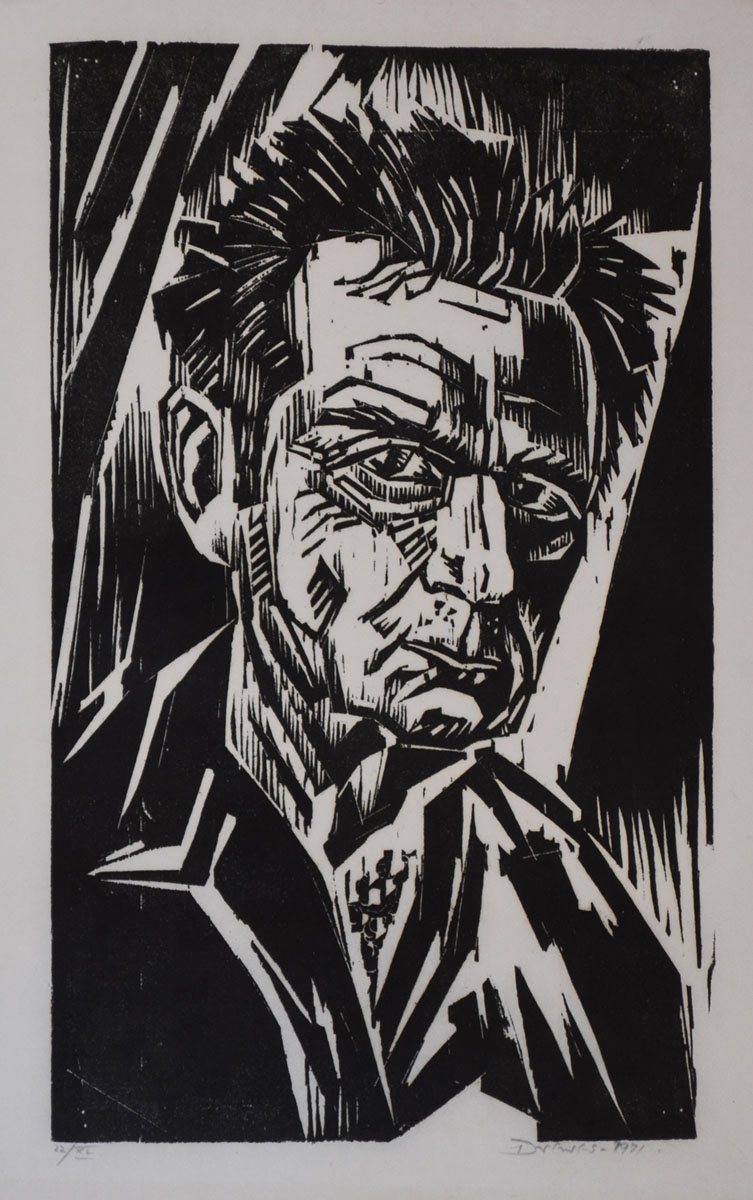