Etching with drypoint by Ernest Haskell measures 7 x 12 inches. Made in 1915, printed on wove-type paper. Pencil signed and titled. Ernest Haskell was born in Connecticut and in the early 20th century spent time in both New York and Paris. While in Europe he met Whistler and was inspired to take up etching; his style was greatly influenced by the work of Whistler as well as that of Rembrandt, Da Vinci and Durer. 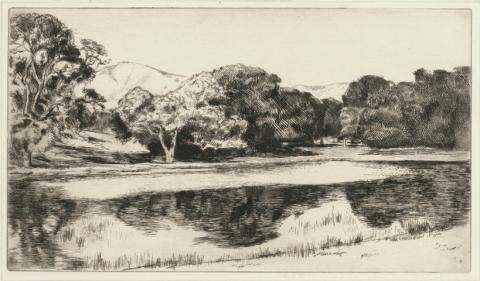