This original lithograph by Alexander Brook measures 8 x 6 inches and is pencil signed on the l.r. Brook was mainly a landscape, still life and studio nude artist. He painted in the Realist tradition. In 1930 one of his oils won him 2nd prize to Picasso's 1st prize at the Carnegie International exhibition. At the early age of 17 he enrolled in the Art Students League and became friends with many of his fellow art students, including Raphael Soyer and eventually married the well known artist, Peggy Bacon. A Guggenheim Fellowship in 1931 enabled him to travel to Spain, Italy, Germany, Austria, and France, with his work continuing to gather awards. In addition, Brook taught at the Art Students League. His best work was done during his Savannah years (late 30's), where he won 1st prize at the Carnegie Exposition in 1939 for his painting of an impoverished African American shantytown. 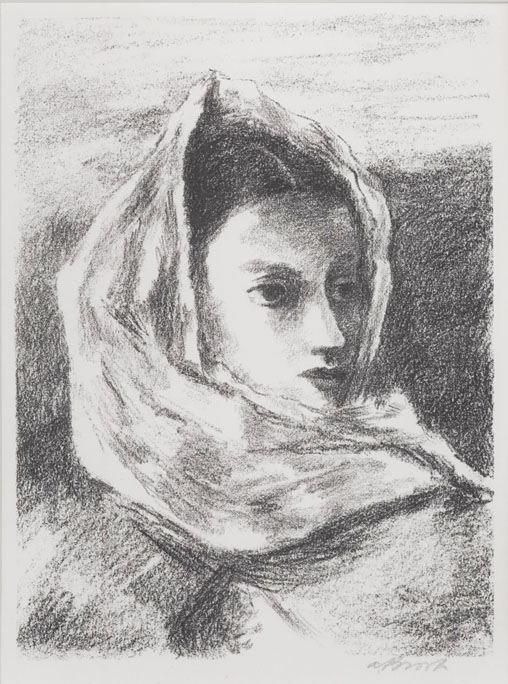