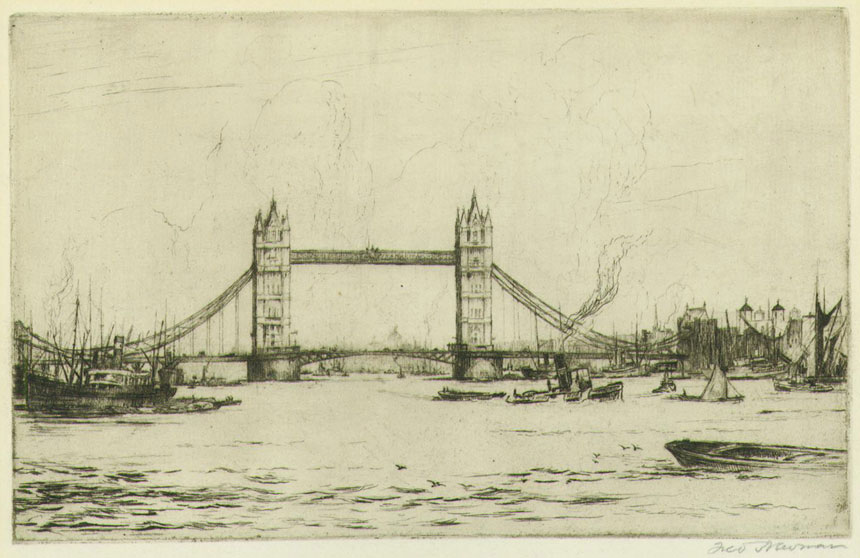 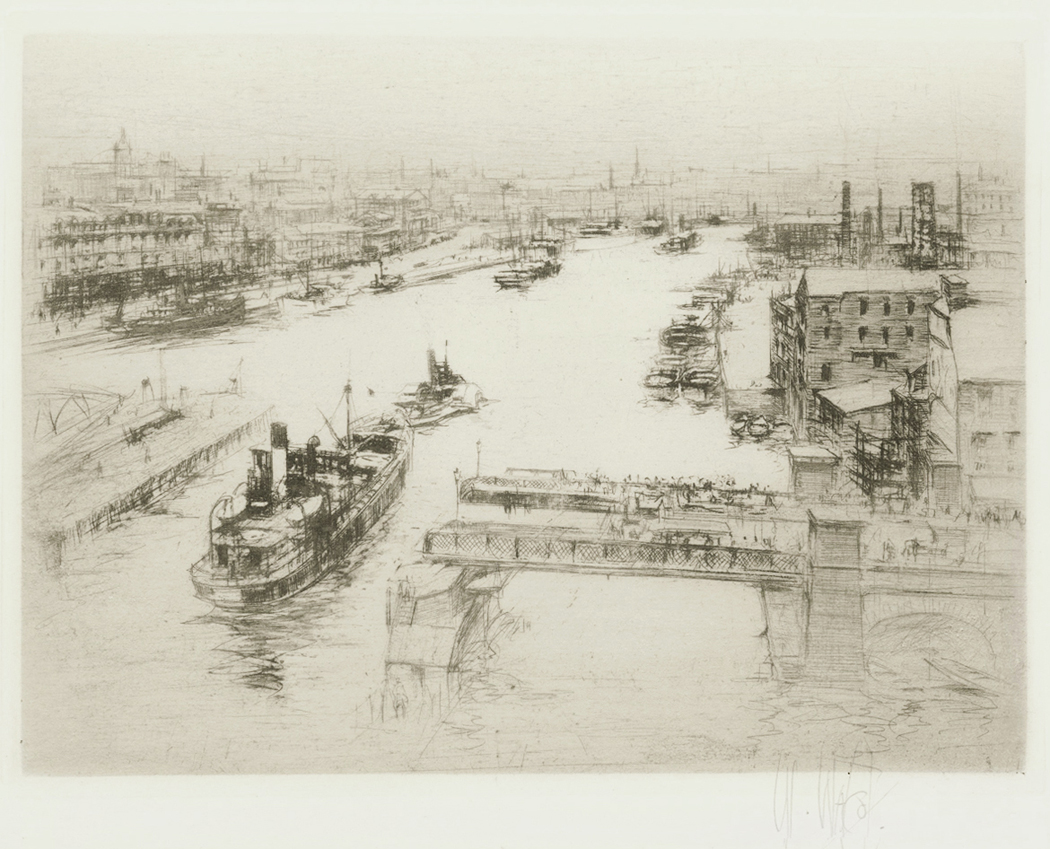 A delicately rendered original etching with drypoint, plate size 5 3/8 x 7 3/8 inches, published in 1923, cat: Dickins-78, pencil signed. Walcot was born in Russia, the son of a British father and Russian mother. His family traveled extensively throughout Europe as well as South America, and Walcot was educated in Paris and Russia, graduating with a degree in architecture from the Imperial Academy of the Arts in Moscow. He worked as an architect briefly in Russia before moving to England in 1906. He became well known for his etchings which portray an impressive knowledge of architectural details along with a distinctive impressionistic influence in the atmosphere and immediacy of the images. This scene of York Minster is a great example of this sense of light and atmosphere, the delicate details of the cathedral contrasting with the quickly rendered people in the foreground. 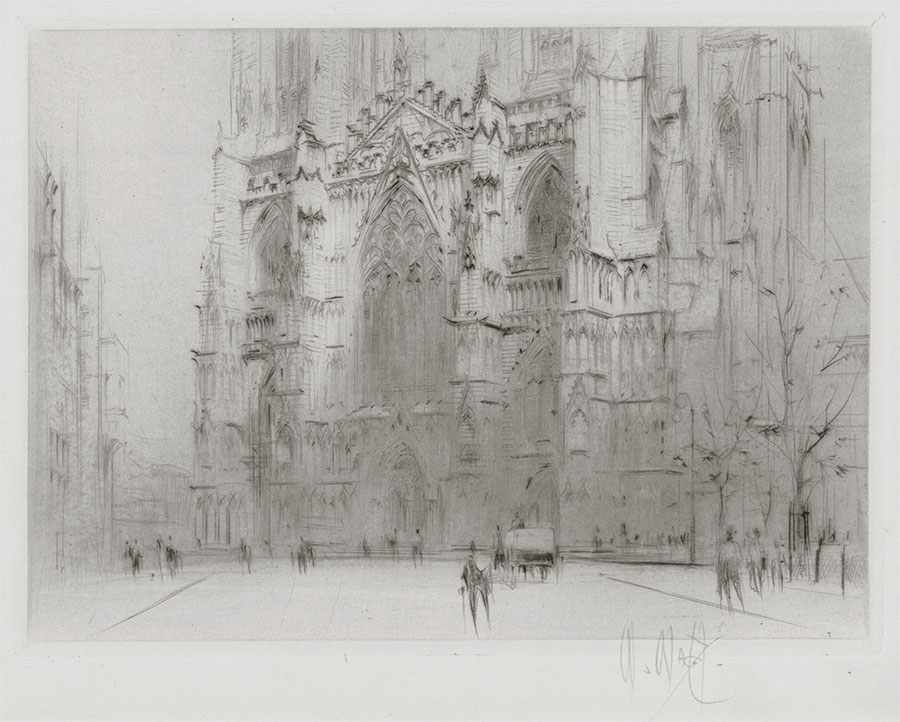 Glascow on the Clyde

This is an original pencil signed drypoint etching by British artist William Walcot R.I.B.A.  This etching was created and printed in 1922 as part of a series that he did titled: The Arteries of Great Britain, created in an edition of 425. The image measures 3 7/8X10 1/2 inches.

This is an original drypoint etching by British artist William Walcot (1874-1943)  The title is "St Mark's Square", created and printed  1920, this etching has an image size of 3 1/4X4 1/2 inches, pencil signed in the lower right border.  Printed on a medium weight wove type paper.  It shows a view of the Doge's Palace in St Mark's Square in Venice.
This print comes from a small series of four etchings made by Walcot called "The Venice Set", which was published in 1920. 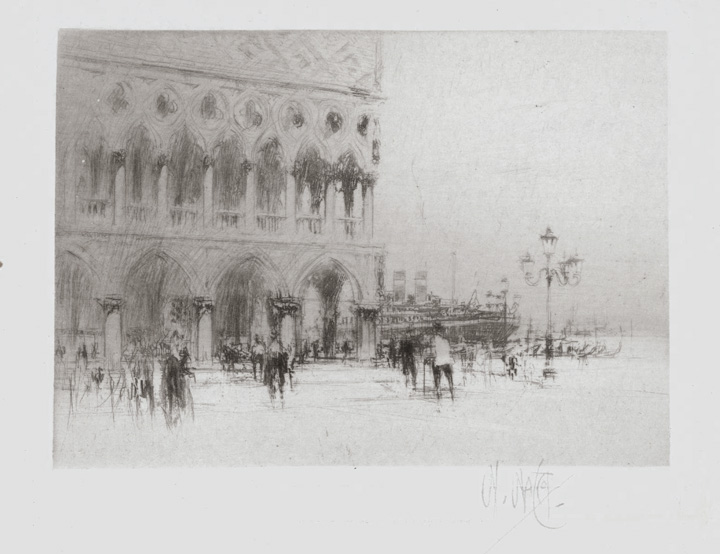