This is a very richly inked original etching, image size 8 5/8 x 11 1/8 inches, 1939, published by the Print Club, Cleveland, Ohio, plate signed and dated, pencil signed. Edmund Blampied was a very successful artist and illustrator in early 20th century Britain. He illustrated many books and magazines, but is best known for his remarkable skills as a printmaker. He was an important figure in the 'British Etching Revival' of the early 20th century, and was elected to the Royal Society of Painter-Etchers and Engravers in 1920. 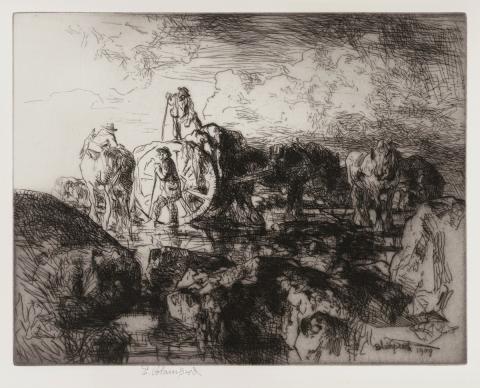