This original etching by Frederich Taubes measures 10 x 8 1/4 inches and is pencil signed on the l.r. Created in 1939 in an edition of 250 and published by the American Artists Association. Taubes was a well known painter, printmaker, author and lecturer. Born in Poland and educated in Vienna, Taubes eventually became a student at the Bauhaus studying color theory with Johannes Itten. Moving to NYC in 1930 he became a society portraitist with a very wealthy and famous clientele. In the 40's he again shifted his energies into the research of the painting media used in the 14th and 15th century Flemish paintings. In 1945 he was included in the group "American Artist Group Monographs" along with the likes of Thomas Hart Benton, Edward Hopper and Raphael Soyer. (M) 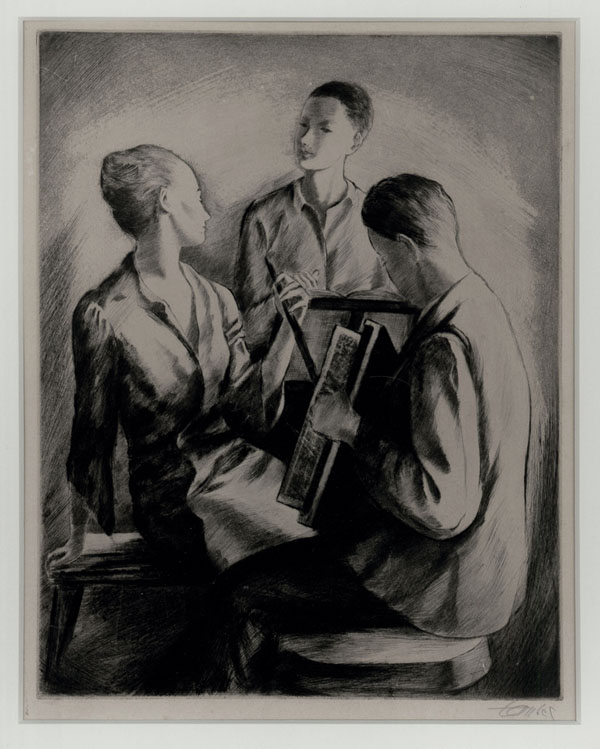