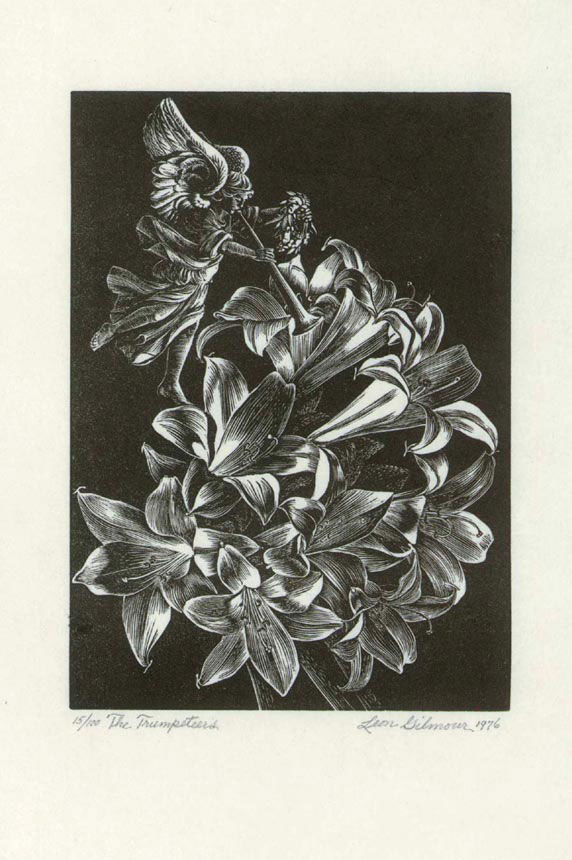 Wood engraving from 1932. Pencil signed and dated in the lower right, pencil titled and numbered 35/130 in the lower left. Plate measures 5 1/2 x 9 inches on 11 x 14 inch wove type paper. A bold and dramatic print with strong contrast. Leon Gilmour immigrated to the United States in 1916 and settled in Boston, where he studied at the School of Practical Art. He then worked until he had enough money to go to the Otis Art Institute in Los Angeles, where he studied wood engraving under Paul Landacre. He taught at the University of Southern California and also had successful careers as a designer, illustrator, and art director. He was also a member of the American Artist's Congress. His work has been shown in many places including the Metropolitan Museum in New York, Boston Public Library, Smithsonian American Art Museum. 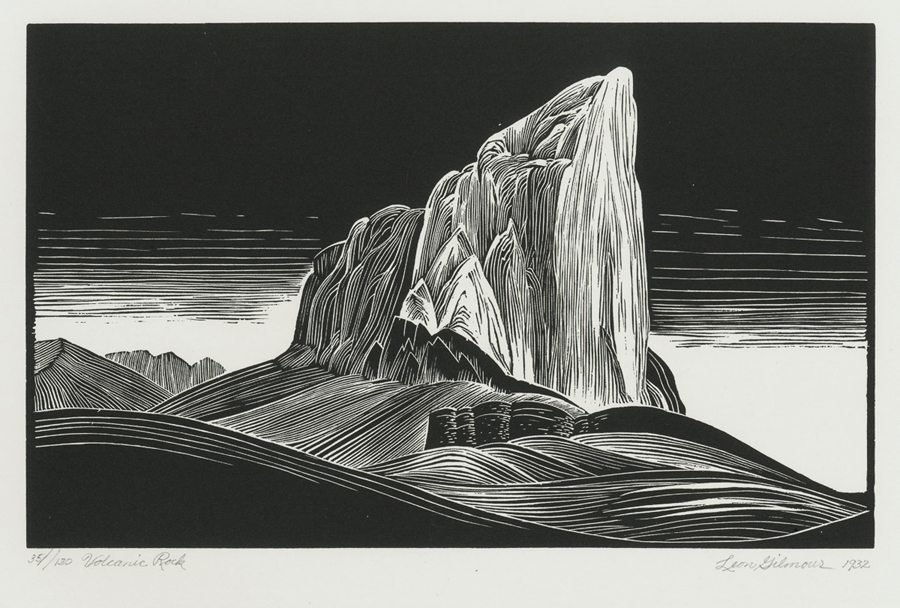