Etching, image size 5 x 9 inches, pencil signed l.r. "Wm Sharp". Sharp was born in Austria where he attended the Academy for Arts and Industry. His early career started with designing stain glass windows and painting murals but he quickly became involved with the anti-Hitler movement and created political cartoons against it. He used a pseudonym but was found out and was to be sent to a concentration camp but escaped to the US in 1934. He was a longtime contributor to The New York Times Magazine and The New York Post. Sharp's work is represented in many museums, including the Metropolitan Museum of Art, the Library of Congress, the Carnegie Institute, and the New York Public Library. 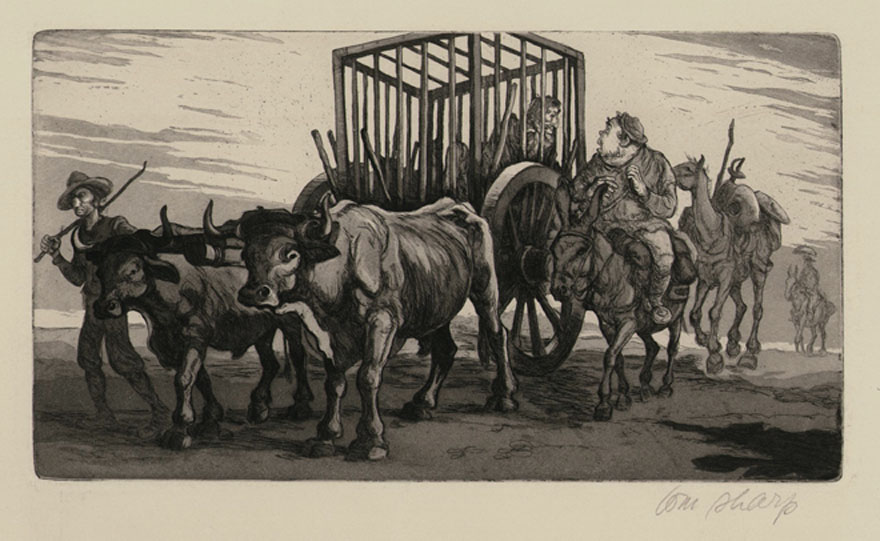